So the place I work now has a table football / foosball table. I used to like playing now and again back in uni, but hadn’t played in a long long time. Naturally as the new guy I’d lose by ridiculous amounts each and every game, but over time I’ve now become mildly obsessed with it, so I’m starting a thread.

Anyone play much? I’ve heard that pros aren’t allowed to shoot from midfield or something because it’s too easy to score. Is that true!? Seems crazy and maybe made up, but I’m assured it’s not.

Have become really good at foosing which means that no-one does straight shots anymore, which is a shame for me.

My playing style is:

The only way someone could rationally argue for spinning is that the slogan “SPINNING IS WINNING” is very catchy.

Always hated anyone calling it Foosball. But then I’ve also always hated people calling a sport predominately played by throwing a ball around “football” too.

I found it a bit weird at first, but find people who get annoyed by this sort of thing more annoying than the thing itself ¯\__(ツ)_/¯

I found it a bit weird at first

Surely no one in Holland calls it “foosball”?

Everyone here does, had only heard it refered to that way on the telly before.

How the times have changed! “Tafelvoetbal” in my days.

I know, I hate myself for hating it. Does it come from the German for football?

You know what, I don’t actually know. Think it was Friends I first heard it referred to that way, so assumed it was an American thing like pronouncing Herbs as Erbs.

English is the first language in this office, and I’m the only native speaker. Lots of people from all over the world, so a good chance that this place is the exception.

Does it come from the German for football?

But not all Germans are tiny with rods sticking through them, so the name still confuses me

Always hated anyone calling it Foosball. But then I’ve also always hated people calling a sport predominately played by throwing a ball around “football” too.

assumed it was an American

But not all Germans are tiny with rods sticking through them, so the name still confuses me

Because Americans are stupid, obviously.

Spent many a lunch hour at the youth club, mastering the game with my friends. We had a league ladder and everything.

The trick then was the master the front three. Being able to switch the ball between any one of them, shoot and catch the defending player unaware was the path to enlightenment 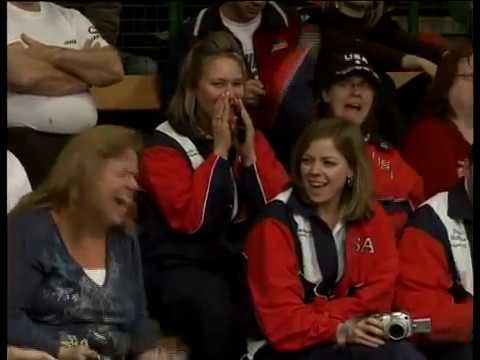 That’s interesting. I have notitced that the better players here are the ones who play it more like a strategy game than a free-for-all.

That way of playing is just so boring though, it’s cathartic smashing that ball like there’s no tomorrow.

Did you play table football at the Millennium Dome (RIP)?

That was a really long table wasn’t it? I think I was stuck somewhere in midfield obscurity.

Had such an impact that I’d completely forgotten about it until now - much like the rest of the dome, apart from the Blackadder special which was memorably shite.

It was oddly compelling. I too was in the midfield wasteland. But people were genuinely excited when the ball travelled towards the goal and cheered every goal. Lovely stuff