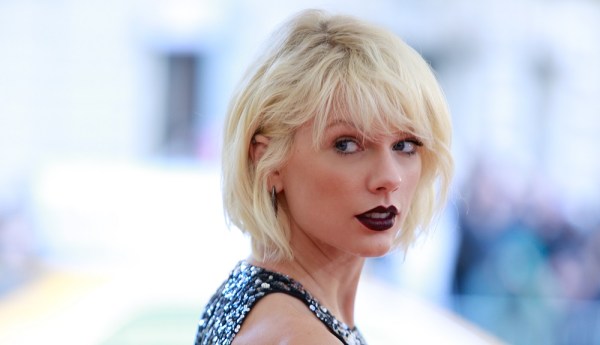 The wait is almost over: Taylor Swift is expected to release new music on Friday, according to multiple sources. The superstar is set to debut the first single from her upcoming sixth album, althou…

Rather have a new Sky Ferreira album to be honest.

Let’s face it folks, she is brilliant.
Really looking forward to her new music.

this board isn’t in song form?

I really liked her last two albums. Saw her a couple of times live. Great fun. Looking forward to her new album.

Taylor Swift is rare though in that her songs are the opposite of growers. First time you hear them theyre quite good, then repeat listens they just get shitter and shitter

The Brian Wilson of our generation

Whilst I do think there’s a big patriarchal bias in that it appears so many people want her to fail (more so than any male equivalent)…she is pretty shit.

more so than any male equivalent

not sure she has a male counterpart since she’s so much more popular than just about everyone else. She probably could stand to be taken down a peg or two to be honest.

Idk really…I wouldn’t defend her music, but she is subjected to an awful lot of criticism that feels gender led (there was a decent article in the guardian outlining this). Lots of rubbish about her manipulating innocent victims like Tom Hiddleston and Calvin Harris.

Is this the start of an epic new meme

Bieber? He hardly gets an easy ride, and at the end of the day he’s just a really thick human being rather than a ‘bad person’.

I was thinking Bieber was probably the closest, but yeah it’s not like he doesn’t get shat on. Even then I don’t think he has nearly the same “transcendent” reputation (think: Swift’s all encompassing popularity, even beyond pop) in regards to his music, though damned if some didn’t try to make him be The Next Taylor on his last album.

I’d rather have a new AQUA album. At least hipsters wouldn’t pretent to like it.

Didn’t realise these opinions were still doing the rounds…

I’ve never knowingly listened to her music but I like her in interviews and things and was happy she took that creep to court and won.