If you get a chance, read anything about the Festina Affair (the nickname that the 1998 TdF took on) or the tour of redemption a year later. Gives a very close detail look at the culture of cycling at the time and how attitudes are very hard to change.

@bugduv Matt Lawton from the Daily Mail has done a very good job with this story, it is worth catching up with some of his writing on TUEs and sky. Also have a read of this, balanced, as always from this site, but questioning

Are there any must-read books on all this that anyone could recommend?

What are you after?

Read up about Riis, Ullrich, Armstrong (to a point), Vinoukorov, operation Puerto, Mapei in the early 1990s, Ricardo Ricco, libertine Sugeros in the 2007 tour, Michael Rassmussen (sp?), marco pantani, Festina in the 1990s, the growth of EPO and HGH in sport, pot belge,

There’s nothing too recent, lots of guys who have recently retired won’t release explosive books for fear of tainting a future career in the sport.

Cyclingtips are great for balanced writing, INRNG is the best cycling blog hands down and full of informative posts on a range of differing topics

Obviously all just speculation, but I reckon Sky have almost certainly attempted everything in the book, including abusing TUEs, as part of their competitive strategy. Doping, as defined by the uci regs? Maybe, maybe not. But most definitely going into what all but the most deluded sky fanboys would consider seriously murky territory.

They won’t be the only team going down this route, and some may be considerably worse, but as a self proclaimed clean team, it does leave a particularly bitter taste.

As has been suggested elsewhere in the thread, cycling (and athletics) are subject to much more scrutiny in this area than most other sports. Pretty certain that some kind of drug misuse is endemic in all professional (and plenty of amateur) sports. Convinced that cycling is far cleaner than it was 10-15 years ago, but it’s never going to be completely clean. No sport is.

Chess, table tennis both have had competitors fail drugs tests (cba verifying this but think beta blockers are definitely abused heavily in chess and, yes they might not be illegal but it sums up the attitude of many athletes in many sports) so yes, I’d wager every sport has an element of doping.

Shame i haven’t got my full book collection around atm as there are some crackers in there. Even the latest William Fotheringham Bernard Hinault book has amphetamine abuse documented, so to think it’s not happening now is nonsense. But each to their own.

Brailsford not coming over well here 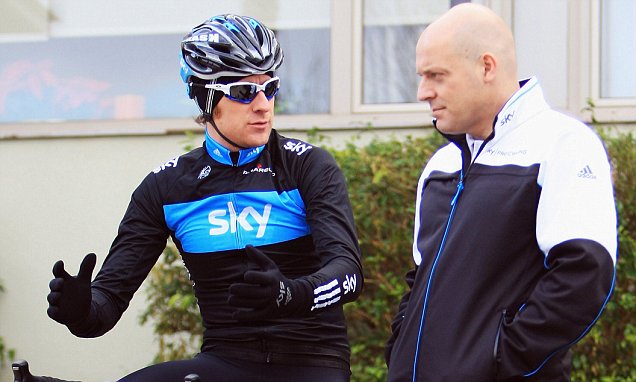 Team Sky and British Cycling succeeded only in damaging the credibility of the country's premier Olympic sport with glaring inconsistencies in their answers - by Matt Lawton, pictured.

As an aside, my girlfriend is a doctor, and her housemate is an anesthetist. They technically have access to most of the substances discussed here, and some of the banned ones too.

Out of interest, I was keen to try a couple and do my usual 10 mile TT around the road circuit at Lee Valley to see what difference, if any, they would make to a complete amateur like myself. Not sustained use or anything, just a one time hit (perhaps trying different PEDs on different occasions) to see what happened.

They were being boring and wouldn’t do it because it would be ‘unethical’, but i’m still keen to try it. I don’t race or anything like that so it wouldn’t be for any kind of unfair advantage, I just thought it might be an interesting way of getting at least a small insight into what it’s like to dope.

Your girlfriend and her housemate refused to either fake a prescription or steal medical supplies?! How dull of them.

My personal view so far (I’ve not dug really deep) is that it’s probably the case that Sky have stretched the use of certain medical products as much is as possible within the rules of the sport, but that undermines a lot of their comments and zero tolerance posturing over the years.

This is the problem and what Brailsford either doesn’t understand or has willingly ignored. If you want to benefit from the good press of being the standard bearer for anti-doping, It’s not enough stay within the bounds of the rules as written, you have to be seen to stay within the ethical bounds of them. It’s the same reason there’ll always be questions over Mo Farah’s decision to get into bed with the Oregon project - it doesn’t mean he’s cheating himself (he probably doesn’t IMHO), but it does room for doubt and anyone who puts themselves in that position is naive to think otherwise.

Someone was being mugged off by Sutton, and given that he knew very little specifics but also quite a lot with absolute certainty, he doesn’t come across very well at all.

Sutton comes off as a grade A prick in general tbh. From the stuff I read yesterday what he was telling the MPs was barely credible. He’s obviously a very capable and driven coach - his career shows that, but incapable of understanding that there’s also a human aspect to many people that needs nurturing to achieve the best performance. He also comes across as someone who wouldn’t have any problem with crossing an ethical boundary if it was preventing his athletes from winning - which again isn’t necessarily a problem, but again, perception is Sky/British Cycling’s problem here and Sutton’s only making it harder for them.

This seems like a weirdly extravagant way of letting people on a forum you used to use know that you’ve got a girlfriend.

Doping or not, preferring Froome to Wiggins is like preferring Djokovic to Murray.

There’s something I really don’t like about Dave Brailsford but I reeeeeally cannot put my finger on it.

I’ll keep my #bigonions to face-to-face chat though.

aren’t bmc the team with the biggest budget?