Hearts Of Oak still ranks as one of my favourite albums of all time, fucking masterpiece from start to finish. Still had the remnants of Ted’s ambitious, often unlistenable “Tej Leo (?)” experimental phase, combined with his incredible ability to write an earworm, all realised with a full band sound really suited him. I know The Tyranny Of Distance was his breakthrough and contained his best ever song Timorous Me, but it was way too patchy as an album and just sounded like a bunch of (often amazing) songs chucked together.

Shake The Sheets was arguably even better, in the sense that I think its sound has stood the test of time better, particularly when you look at how many amazing songs it’s packed with. The opening two are a fucking amazing way to open an album.

Living With The Living and Brutalist Bricks were both perhaps a little underrated, but inarguably not as good as the two before them, and by that point Ted had settled into an almost formulaic song writing approach that even an embarrassing attempt at reggae couldn’t hide. Also by that point Ted was touring alone, and while there’s a charm to the way he blasts through songs at 200% speed, there’s no substitute for hearing those songs full band.

Then he did that collab with Aimee Mann as The Both, which is arguably the worst thing he’s put his name to. Their pairing just felt so unnatural, bringing out the blandest of them both. It went pretty much under the radar and for good reason. It was amazing they both kept at it so long beyond recording the album itself, touring together extensively. When they acknowledged how MOR it was, they actually started to sound a bit better, the Christmas singles were probably the best songs they did.

At the end of September, Ted launched a new website for his solo stuff which I’m hoping means he’s working on some new material. For now it’s just got tour dates on there (jfc that guy tours a lot), but last time he took a break to do something different he came back strongest. Call me an optimist, but even an average Ted Leo album would do me right now.

I only have Hearts of Oak, but that is very good.

Shake the Streets for me - great album - power pop of a high order!

I’ve only heard Hearts of Oak, and skim-heard The Tyranny of Distance (yeah, Timorous Me is great). I really want to give Shake the Streets a listen now.

Heart of Oaks is a modern classic. 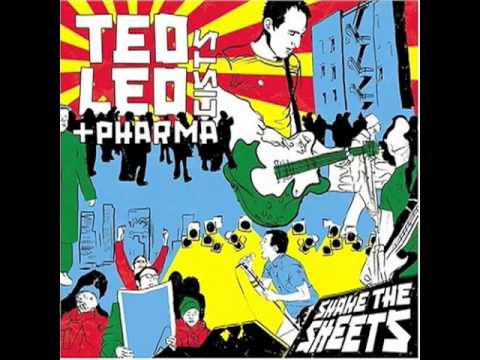 Bloody love Ted Leo, Shake The Sheets has been on heavy rotation every summer for about ten years. Perfect power pop. Don’t think Living With The Living or Brutalist Bricks were as consistent but both still had some absolute bangers.

Caught him touring full band in Brighton just after Living With The Living came out, only about ten people there but in my top gigs of all time. So much energy, would love to see him again.

ToD, HoA and LAL all in my collection. I think Side 2 of ToD is probably my fave bit of Ted although LAL is more consistent overall. Don’t think I’m so keen on HoA. May have to have another listen. Saw him in Bristol about 10 years ago and he was great.

only heard Brutalist Bricks, always meant to find out where i should go next

It’s all about Chris Leo in my book.

Wait a sec… The guy from The Van Pelt is Ted Leo’s brother!? I had no idea!

Have they not? Just discovered there’s a third musical sibling Danny Leo too. What a family!

No love for the 8am All Day album in thread? It’s got all the great pop hooks of his Pharmacists stuff with the added bonus of barely being in tune. Great stuff. 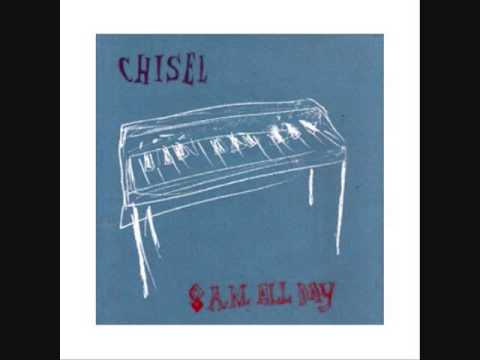 Only ever heard “Where Have All The Rudeboys Gone?” Solid tune though

aka The Best of Ted Leo

Looks like he’s been posting a fair bit of material on the Soundclouds for the last few years. He was there all along!

Chisel had their moments, but some of those recordings