Hi all. So I have a PC running Windows 10 connected to my TV screen at home. It’s run fine for years but as of yesterday it isn’t showing the whole screen, the last few centimetres on each edge of the screen are being cut off.

I’ve been into settings and it says “your resolution is lower than 1920 x 1440. Some items might not fit on your screen.”

It then says "resolution 1920. X1080 (recommended) but there isn’t any opportunity to make the resolution any higher than this or the one that it says I should have.

Have you accidentally changed some setting on your tv so it’s zoomed in? Is it on auto?

While we’re here. @1101010 what were you saying about the inbox app? Regular gmail one is doing my nut in.

Haven’t changed anything at all. Only normally use it for iTunes. Will have a look 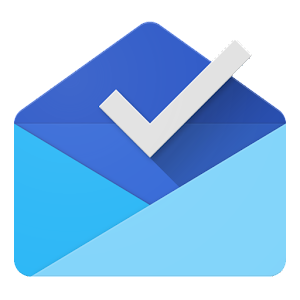 Your email inbox should help you live and work better, but instead, it often buries the important stuff and creates more stress than it relieves. Inbox, built by the Gmail team, keeps things organised and helps you return to what matters.• HIGHLIGHTS – Get the most important information without even opening the message. Check in for flights, see delivery information for purchases and view photos from friends right in front of you.• BUNDLES – Similar messages are bundled together so that you can ...

It mirrors going to http://inbox.gmail.com

But… hmm. How is it better?

Try changing your TV resolution/display settings rather than pc…

What kind of graphics card do you have? If it’s Intel have you tried using Intel Graphics Properties rather than the windows tool?

Well it’s different. I seem to remember you saying Gmail was running very slowly so really it was just to check if this ran less sluggishly, which might be because it was newer and better designed.

I prefer the way it works now but it took a bit of getting used to.

This is the answer!

I assumed because I had never changed it from 16 9 that it was still 16 9. Did not factor in my wife accidentally changing it.

In summary : the TV was changed by the TV

Have you accidentally changed some setting on your tv so it’s zoomed in? Is it on auto?

Hanging my head in shame even as I type