Tell us about a phase you had

At any point. One wholesome and one not

I used to sit in the trees in the garden with binoculars and spy on the neighbours during the summer holidays, especially my enemy from school whose garden connected from the back

Was massively into astronomy aged 15/16. Saved up and bought a telescope that wasn’t pure Argos shit, picked A-Levels based on doing astronomy stuff at uni…

I was super into skateboarding age 19-22, circa 1999. It was a bit of a golden age for the sport; lots of vibrant characters, big gear renaissance, skate shops everywhere, Tony Hawk’s Pro Skater on the PlayStation, lots of skateboard adjacent shows like Jackass etc.

Trouble is, I was fucking terrible at skateboarding. What I was exceptionally good at was falling off of a skateboard without injuring myself, which looking back on it now as a fairly creaky 42 year old, was a blessing.

Also used to spy on neighbours with binoculars.

One summer I lay on a little dirt heap thing behind some nearby houses every day for 6 weeks and spied on a family and wrote down everytime they left the house, what time it was etc, and convinced myself they were hardened criminals.

Best summer of my life tbh.

Aeroplanes. I was desperate to be a pilot when I was a kid, but it turns out that I am definitely not suited to it. Was an air cadet though, so I got to fly planes a couple of times, went gliding, that sort of thing, which scratched the itch a bit (I did a loop-the-loop somewhere over Avebury stone circle which was really cool, could see it when we were upside down).

I also desperately wanted to be an architect and spent hours drawing floor plans of houses and so on with all the little symbols for electrical outlets and wall thicknesses and stuff. I must have been about 9. I did my work experience at an architect’s office, drew some elevations for a business park in Wiltshire. and got a massive migraine, then went and looked at some rich people’s houses and some sort of industrial facility which entailed going up a massive ladder and looking down a huge silo thing. Preferred my house drawings tbh.

We all went a bit weird in lockdown

Drugs in my 30s. Probably a terrible idea but it was a great couple Of years after 10 years of not doing it.
Back on the wagon fully now though. Might have another blast in my 50s

I’m in a phase right now of properly digging the content of every poster ITT.

Got well into those magic eye things in the 90s. I had posters on my bedroom wall, loads of books and even a couple of VHS cassettes with different ones one. Ended up getting a programme for the family home computer to be able to generate my own and even tried making animated ones which came out terribly.

Went through a really short phase of being cool around the age of 19.

A friend of mine who’s a teacher has never done drugs, and can’t now for obvious reasons, but he always says that as soon as he retires he’ll be trying the lot.

Very grateful for your phase of co-hosting an incredible podcast. X

M-cat. That was a horrible few months. Went through a phase of saying I was really into ants, even though I knew nothing about them. Said stuff about how amazingly complex and advanced any society is, how much we can learn from them, they could be a good model for a perfect socialist society etc. Never got round to doing even rudimentary research on ants so still no idea what they do or why. 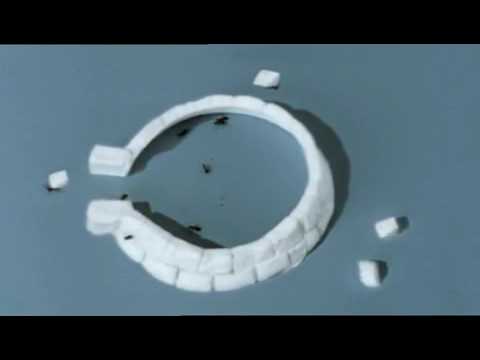