being a pet is an important job

Is it because I typically go to smaller events or is America just really strict about what bags you can take into them? Someone I watch on YT said they made her put everything in a clear bag when she went to a boxing match.

Clear, small bags were mandatory at soccer and baseball games when I was over there earlier in the year

Do they do that at sports matches in the UK?

No, not at all. They’ll search your bag, but mainly its a quick glance to see if you’re sneaking a bunch of cans in

gonna guess it’s because of guns. or all the arenas are in the pocket of Big Clear Bags under 12" x 12"

yes, at tottenham stadium they only allowed small, see-through bags.

i think it was similar at wembley and etihad man city, maybe not as strict (‘just’ smaller bags than backpacks).

brixton academy is saying only smaller bags than backpacks for hot chip.

they do for all NFL games and have done for years, and both Bright Eyes and Phoebe Bridgers had it as a rule recently in London. it is annoying to say the least.

My mate wasn’t allowed to take a backpack into the venue at all when we saw Modest Mouse at Shepherd’s Bush Empire. We had to sprint up the road and pay a hotel to look after it for a couple of hours.

@lost_lands
Lost Lands fam, your set times graphics are here! Only a few tickets are left if you don’t want to miss all of this 😍 https://t.co/TwaJ8QfLot 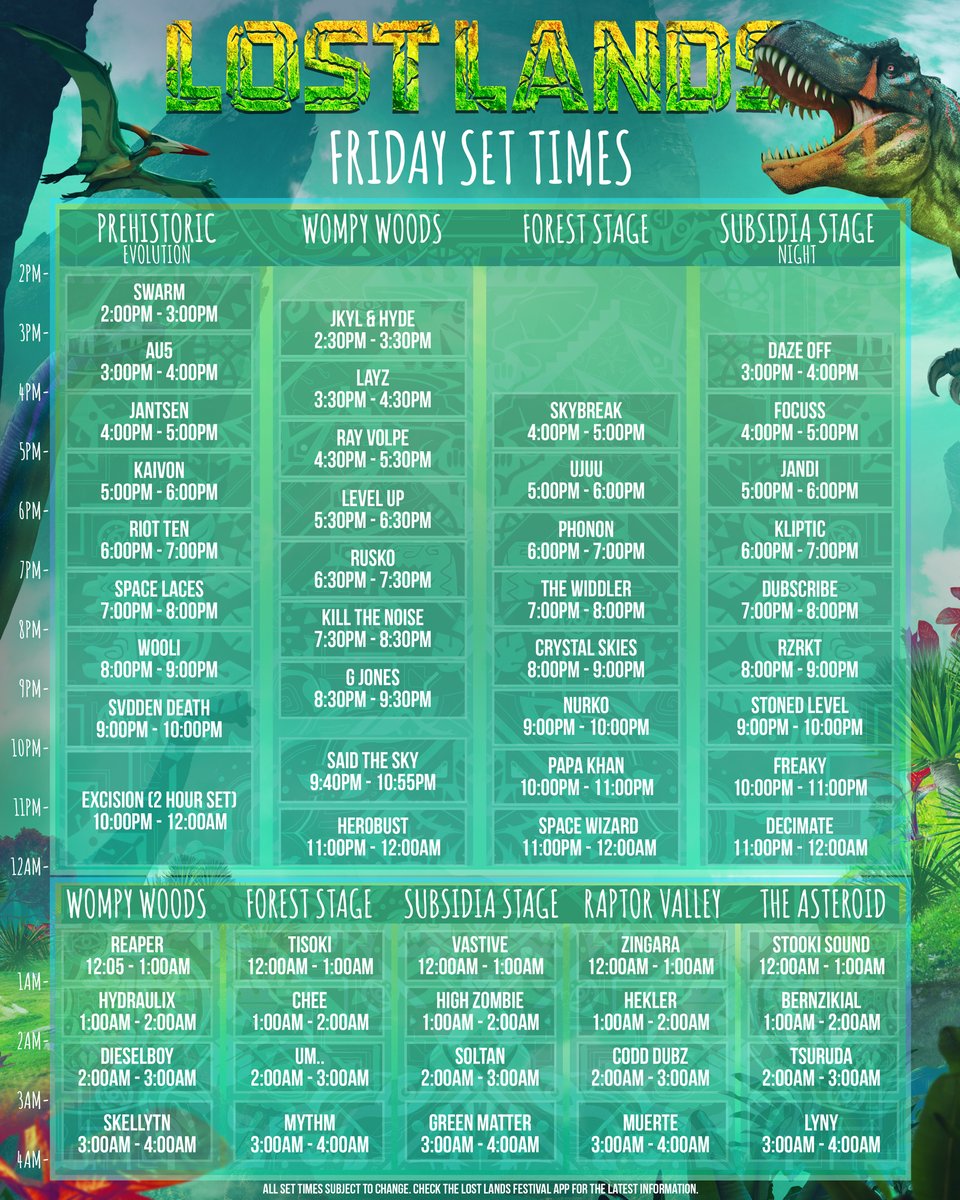 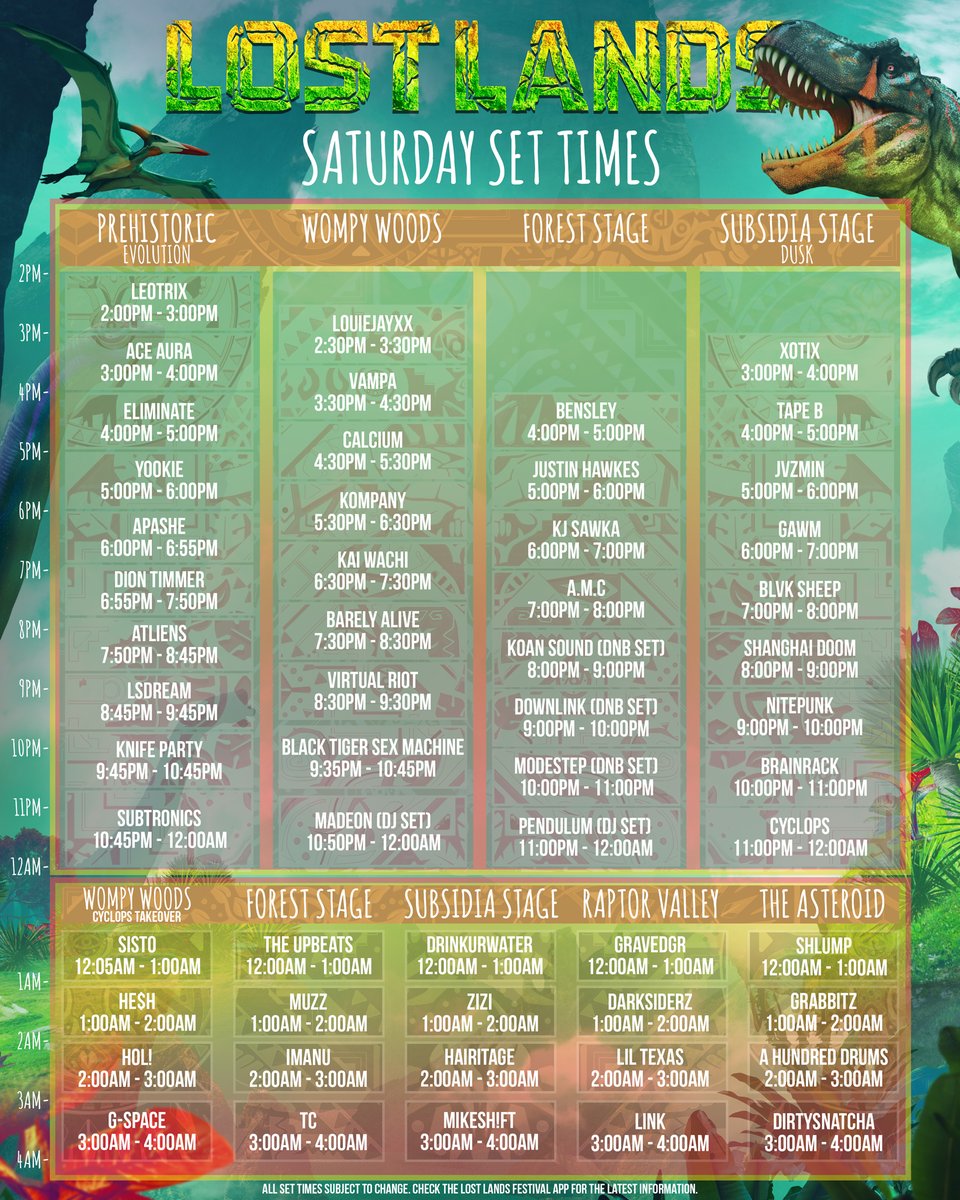 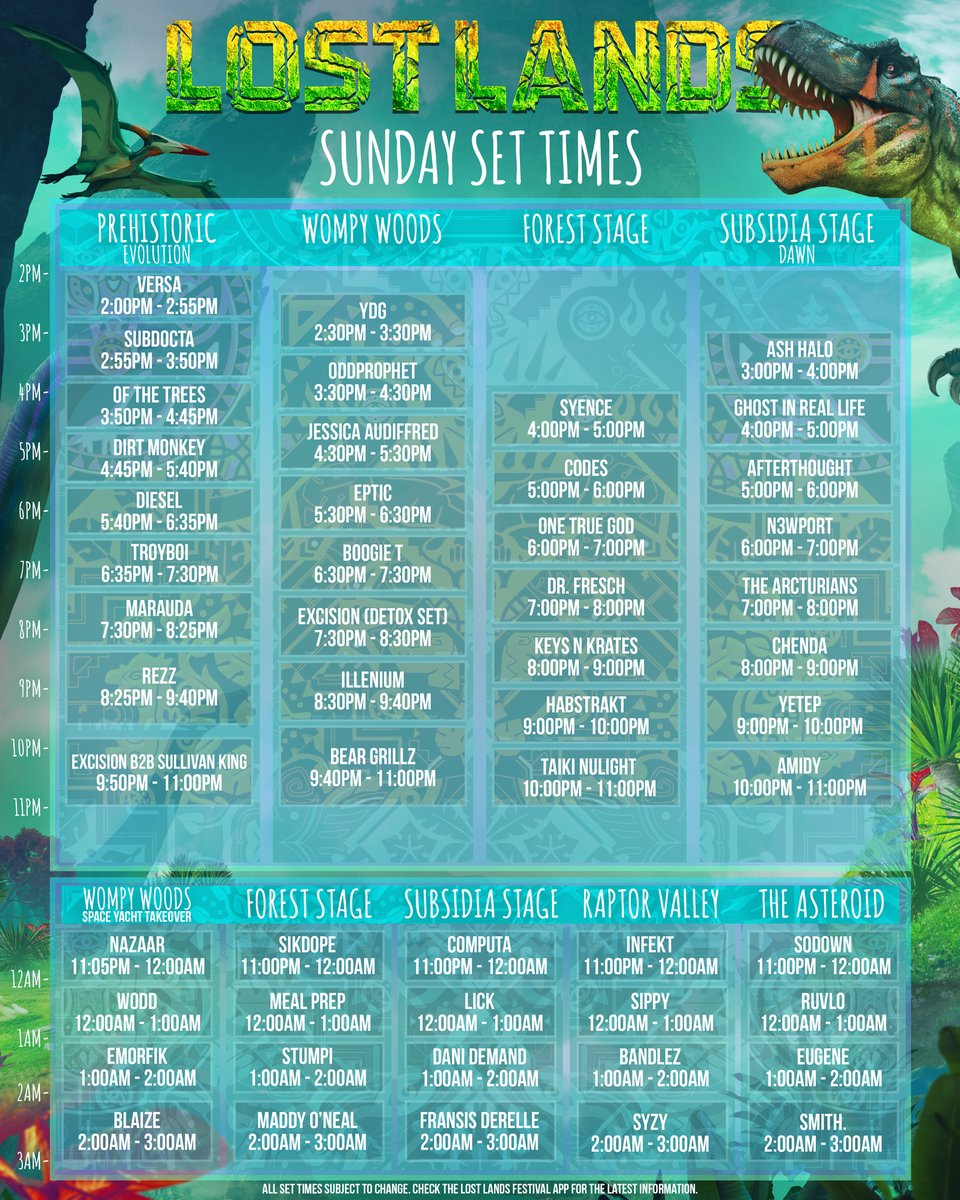 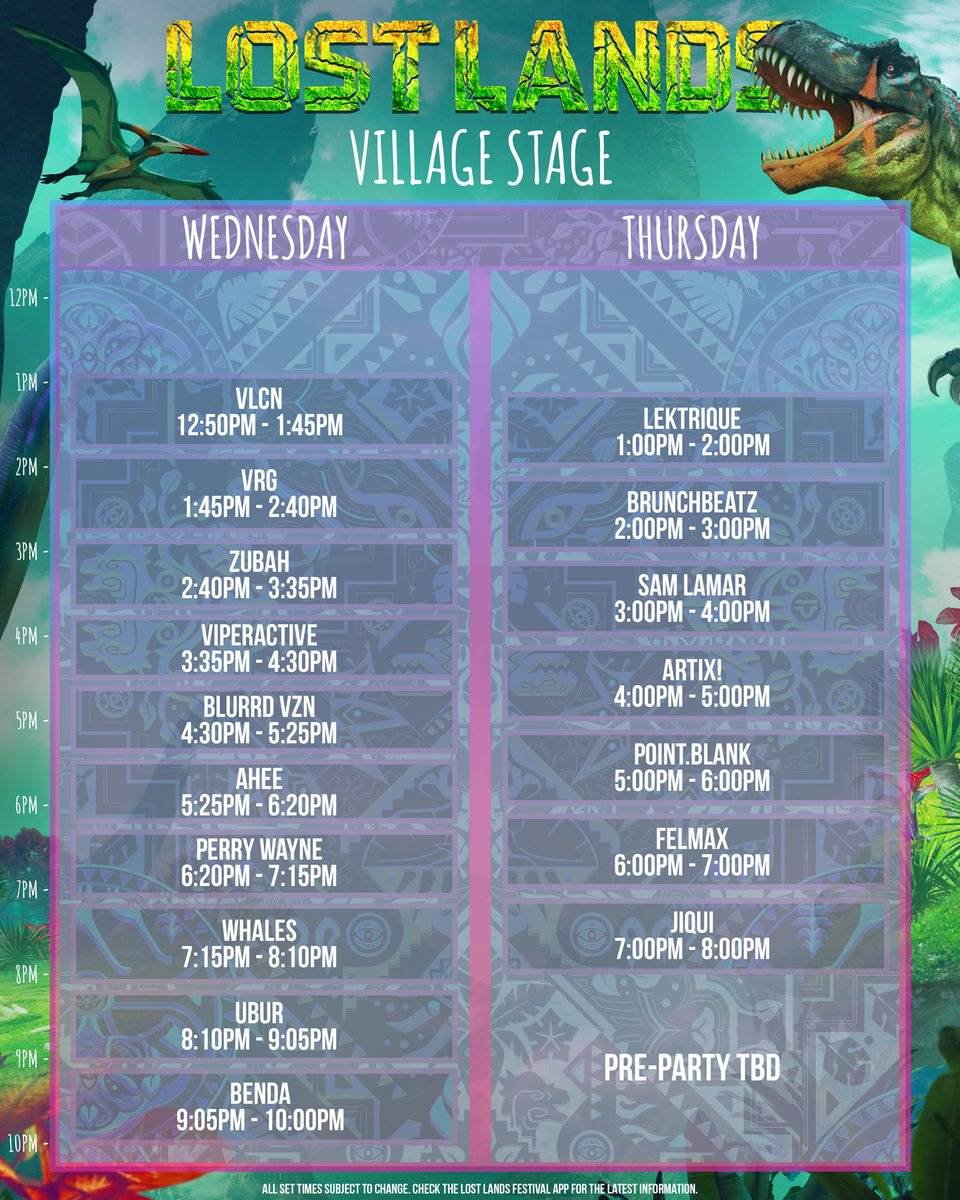 Ive heard of knife party! its 2 blokes from pendulum

oh and rusko too

totally missed those 2 tbf, was distracted by the majority of the ‘names’ just being a collection of letters

Madeon did that pretty cool pop mashup a while back 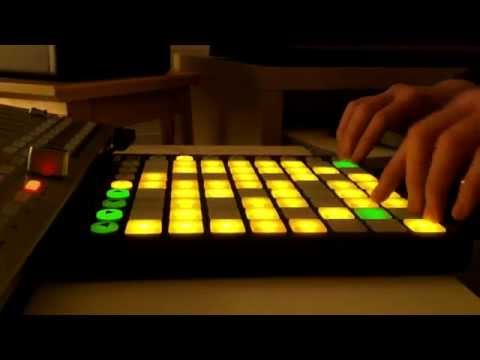 Looks like the Toast of London equivalent of Boomtown.