Is there a thread in this, I don’t know. Did i need to share this horror so you can all see it, yes I did.

Foam is already amongst the worst crimes in pretentious food wankery, so congratulations to this chef for elevating it

Foam is already amongst the worst crimes in pretentious food wankery

In terms of pretentious food horror, I’ve been to fancy dinners where an acceptable refresher course (between starter and main) was grapefruit chunks in creme de menthe. It’s the most disgusting thing I’ve ever eaten.

Now if they called it angel delight I’d be fine with it. Except the butterscotch one, which I found to be grim

Here is a full review of the restaurant that serves the above dish. 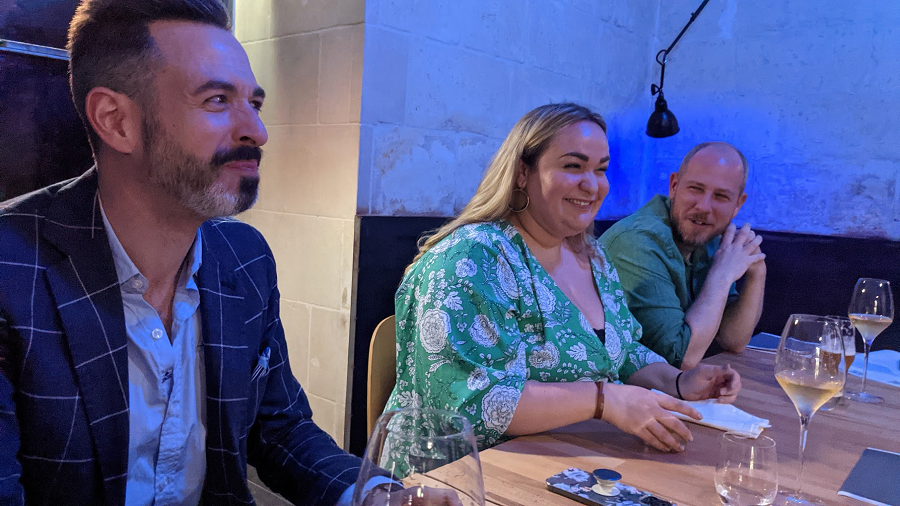 Bros., Lecce: We Eat at The Worst Michelin Starred Restaurant, Ever

There is something to be said about a truly disastrous meal, a meal forever indelible in your memory because it’s so uniquely bad, it can only be deemed an achievement. The sort of meal where everyone involved was definitely trying to do something;...

would eat / drink / whatever

Dessert at an (otherwise great) place for my mums birthday one year was an artichoke mousse. I actually didn’t mind it too much, but as a result I got given everyone’s and for some reason ate nearly all three

It’s like brushing your teeth then having a swig of orange juice times 100.

kind of my bag tbh There’s this fancy place in Manchester and in the run up to them opening they made a big fuss about saying how they would not be pretentious, their menu would be simple and straight forward and no silliness.

When they released their menu ahead of the opening I was like, lol, very funny, nice one guys. Some really funny stuff in there. Now what’s the real menu.

But no, it turned out to be totally real.

Also it’s one of those places were on the staff’s day off they all have to go foraging on the beach in southport for seaweed or ‘wild lichen’ or something. Did not know lichen was anything but wild. Why you charging me £90 for something you’ve just admitted to not even buying pals?

Love me some Early Autumn Bark!

in all seriousness I think food foraging is awesome but

who (apart from hoogy I guess) looks at menus like this and thinks “mmm, delicious!”

Also want to know how we get next years cucumbers?

“first apple of the season”

must be fucking massive

Foraging is good but I disagree with it in this manner when it’s then made unaffordable. I know you’re paying for much more than the product itself, their wages for a start, but it still winds me up.