It does the rounds every so often, but let’s take another look at how terrible this video is

bin ladens death led to this - the worst scene in television history https://t.co/SJ5mPkuK1k

Billionaires will cease to exist when the standard for measuring wealth is Bitcoin. Since only 21M will ever exist, there can never be a BTC billionaire. As usual, technology quietly solves the problem while politics is still arguing itself in circles.
10 Likes
Parsefone 4 May 2021 07:16 #10439

Love looking back at history and noticing how technology quietly solved the problem while politics argued itself in circles.

More funny than terrible I guess 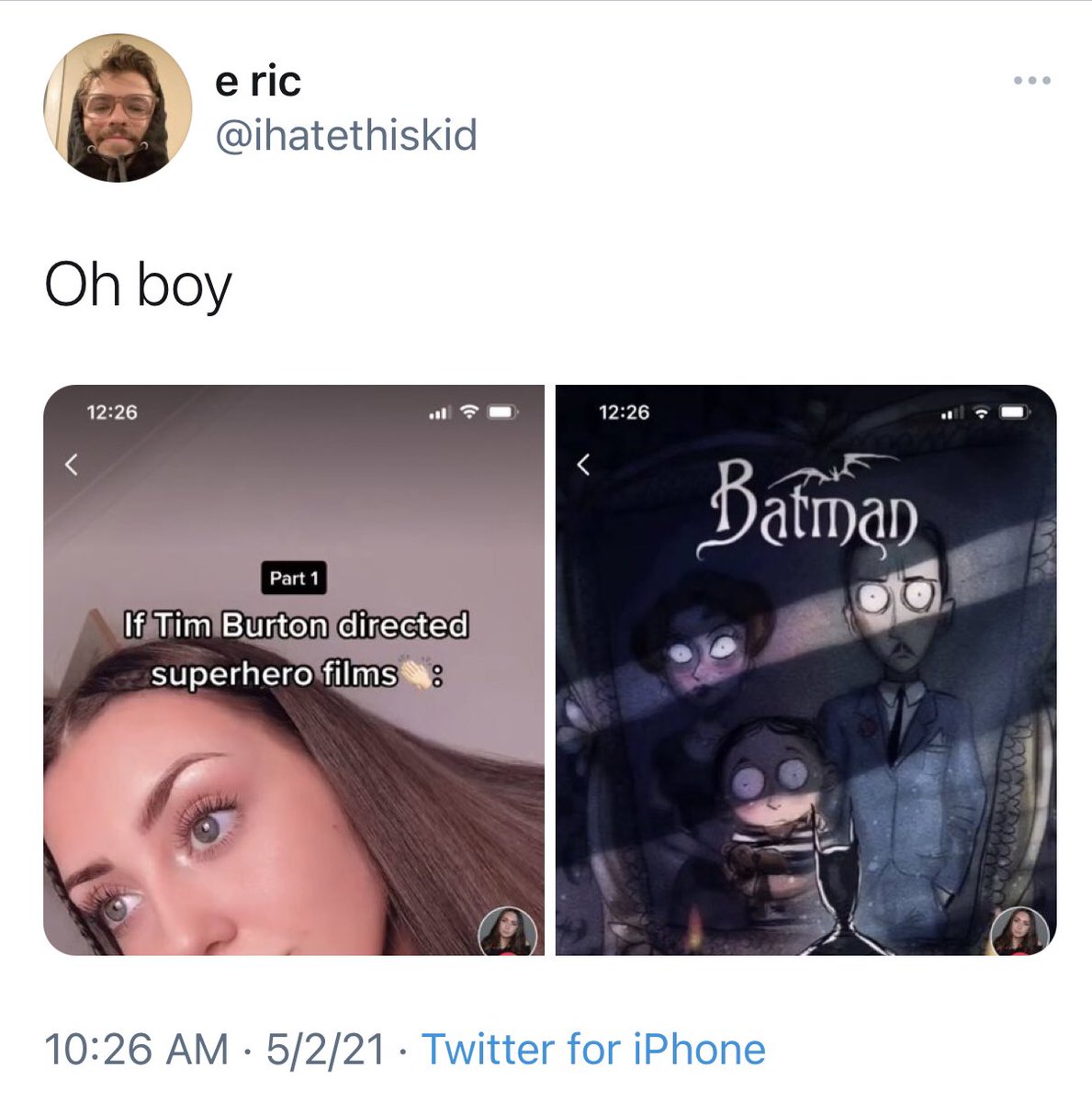 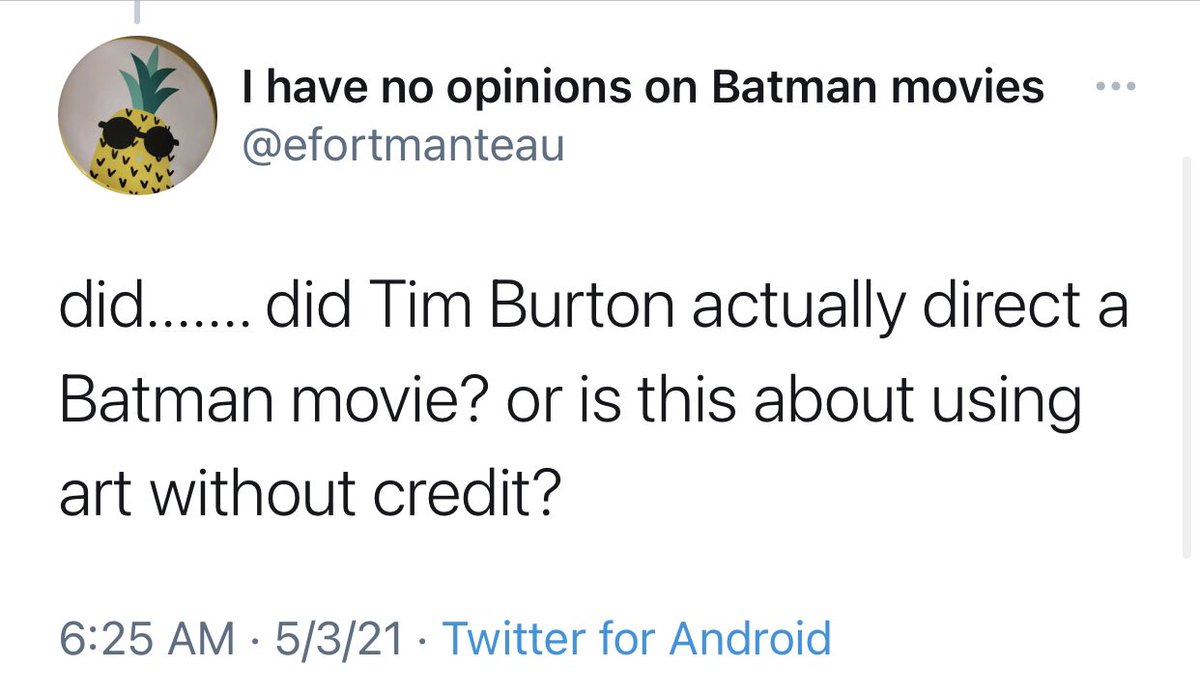 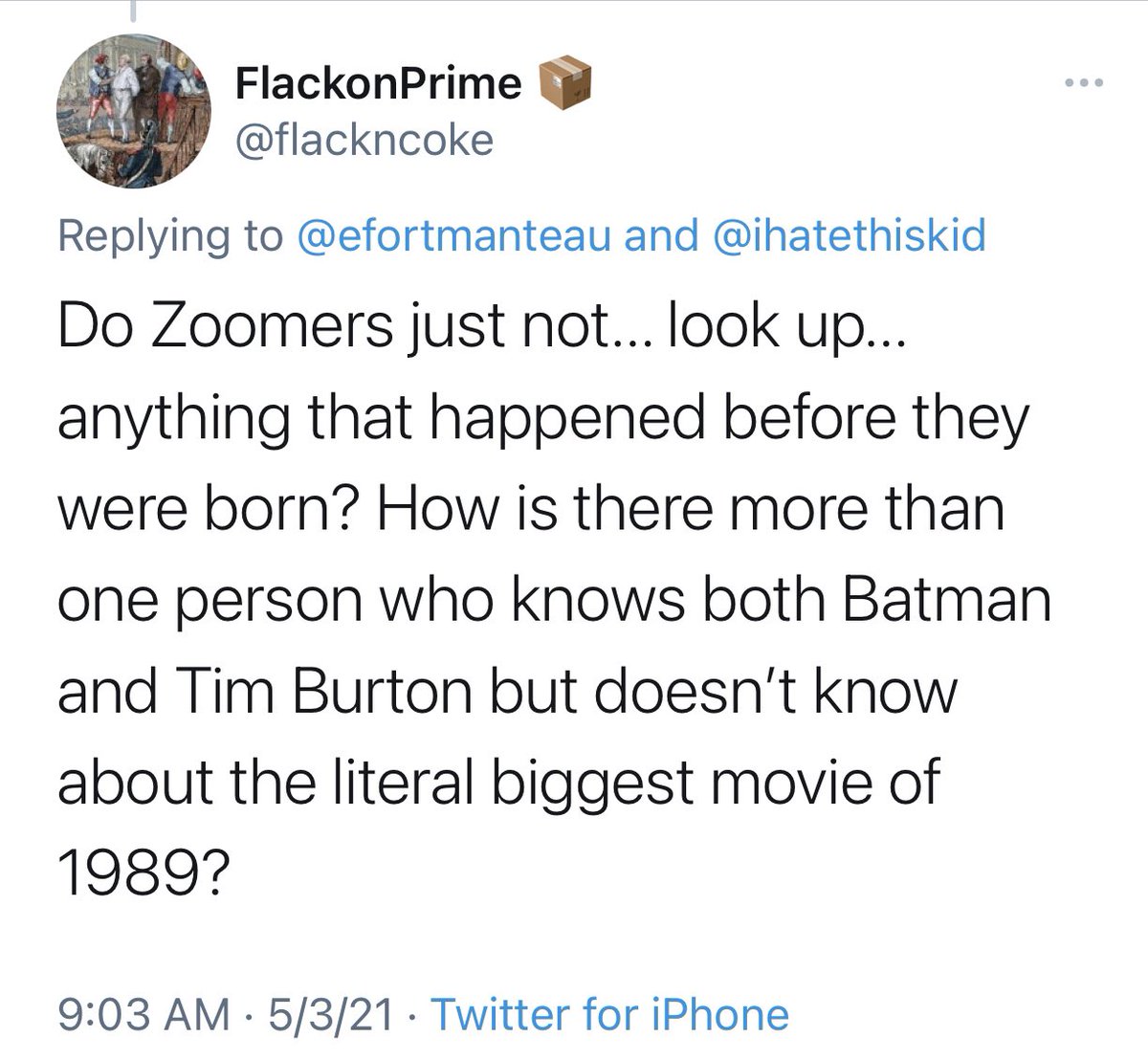 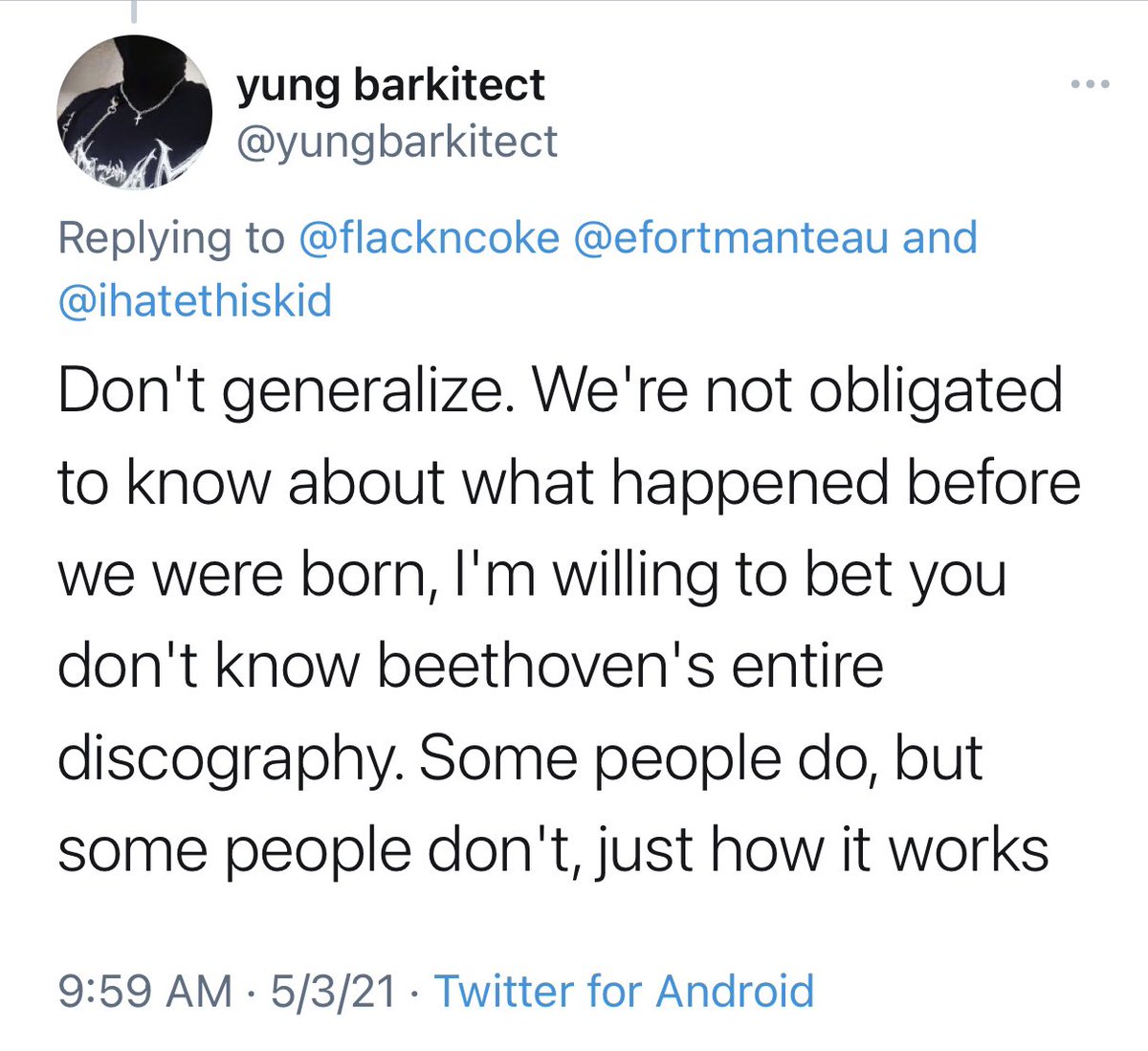 The idea of Beethoven having a discography has done me.

You only really need The Best Of

I’m actually wavering on this now. A lot of people getting sneery about kids not knowing their pop culture history as if it actually matters.

It’s kinda surprising (but completely unimportant and not really a signifier of anything at all worrying) that someone posting about Burton and Batman wouldn’t know Burton directed a Batman.

@zakiscorner Popculture 30 years ago was pop culture. Modern pop culture is extraordinary niche b/c it can be. There are all kinds of things that my son doesn't know about that make me stare slack jawed, but there isn't any reason for him to know any pop culture we didn't share with intention
1 Like
shrewbie 5 May 2021 16:32 #10445

yeah i’m not really into DUNKING on random social media users for not knowing stuff, just found it funny that they’d gone to the effort of doing a what if tim burton directed batman thing without realising

Seeing as he hasn’t done anything of relevance in about 15 years, I’m amazed that kids even know who Tim Burton is.

I dunno - my kids have all seen things like Edward Scissorhands and Beetlejuice. But I don’t think they’ve ever seen the Tim Burton Batman’s. They’ve kind of been pushed out by all the modern ones. I’ve probably mentioned to them about the TB Batman’s cos I’m a tedious old man but I doubt they paid too much attention

But I think also it’s actually legitimate to be WTF about this level of knowledge of both Burton and Batman to make/get the joke and yet not know it happened.

(FWIW I would guess the original post is an intentional satirical wind-up.)

Blurred as about murder

Keir Starmer is that quiet guy on your MA course who does the work without a word until you invite him out for drinks at the end of the semester and before long he’s back at your flat holding down your wrists as you lovingly receive his warm seed. 😳😉#VoteLabour https://t.co/b8TdF9UG4I

what the fuck is wrong with people

What a terrible day to have eyes

Redeemed themselves with the bio which made me chuckle

edit: Argh, long rambling post that probably doesn’t fit in here, but hey ho. And I guess this isn’t all a reply to, or intended as a rebuttal to you, @1101010 , more of a jumping off and musing about something that I find quite interesting.

It’s definitely a jolt for someone our age to see someone with that degree of involvement in either/both to not know.

But I’m coming round to the idea that it’s an absolutely delightful piece of trolling (in the older, less malicious sense of the word, ironically enough).

Oldies who think there’s some sort of cultural canon that should be known and respected by all deserve to have their pomposity pricked. Batman 89 was a massive thing then, but why should anyone young in 2021 give a toss about it or even know about it? Even someone into related contemporary stuff.

In 89 it was relatively easy to know your full history of rock and roll, and the biggest films ever from the past 30 years. The 30 years since then has seen an explosion in output. And it was very UK/US centric. Anime in the 90s was niche, but is huge now. J-pop (much less K-pop) was even less prevalent. Plus videogames. Plus the internet, which has Google, Wikipedia and IMDb for ‘researching’ this story of thing. But why bother learning the canon, when it’s all ‘flat’ and made equivalent? Almost infinite Twitter/Insta feeds or streaming catalogues have algorithms that can promote certain things, but each item within it has very similar format and prominence, compared to magazines with layouts and graphic design intended to create a clear hierarchy of info.

As @shrewbie says, dunking on some random for cultural ignorance is daft. Leans into the rockist way of thinking. And the very western/euro-centric reverence of classical studies that elevates Greek and Roman histories as a noble lineage.