You know that thing where there’s a piece of paper folded in a way that means you put both hands underneath it with three fingers in each side and then you ask someone something and the number of letters in their answer means you alternate its shape, and then on the last question you peel up a piece of the paper and underneath something is written?

What is it called? Kids had them in the playground.

A chatterbox I think 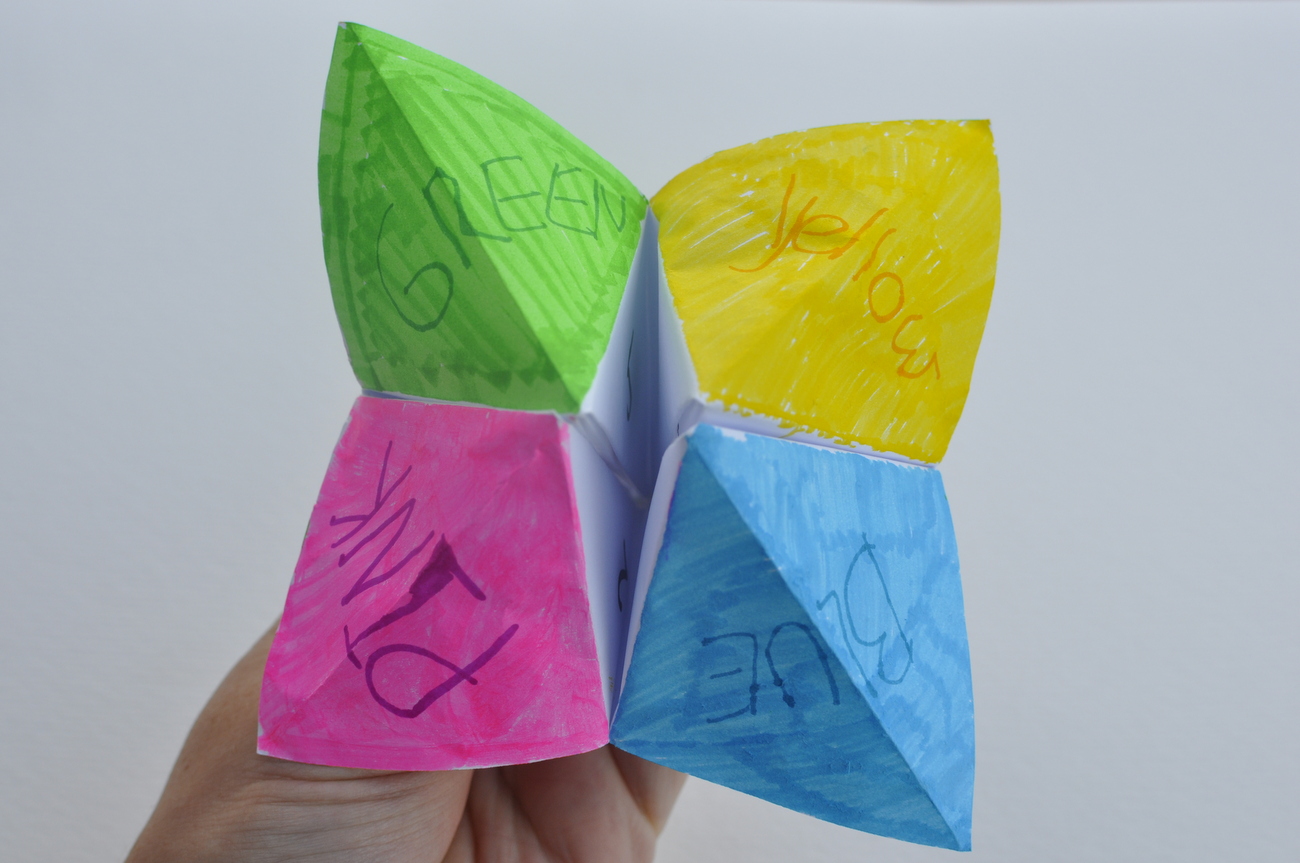 Chatterbox Fun – Be A Fun Mum

But it was also called something else

Bloody chicken bones thrown in to a chalk circle gives much more accurate results though. Kids are idiots.

Bloody chicken bones thrown in to a chalk circle gives much more accurate results though.

Hark at Ben Goldacre over here

I don’t think I ever knew the name.

Or how it worked.

Or what it was for.

There should be a horror film about these I think

I’ve got two in my living room RIGHT NOW. One is mario themed.

No idea what they’re called.

Already got one, but thanks for asking.

Child a: why did you put “you will die” as an option

yes - think this is what we called them.

Yeah! Like when you peel back the thing it says something like “You have 7 days left to live” and the kid starts crying and was like “I didn’t write that” and it’s Nicholas Cage who has found out he’s going to die and he gets mad at the kid and starts freaking out.

Yeah, deffo, that sort of vibe…

THE FORTUNE ON YOUR TELLER IS COMING FROM AN INSIDE LINE

Fucking @chickenbones (he’s going to be annoyed that he’s been needlessly summoned on two consecutive days, isn’t he)

What was a cat’s cradle? Is that the string thing that you web between your fingers?