Hello and welcome to the newly re-formatted monthly Wrestling thread, with April being a perfect month in which to do it as they’re A LOT OF WRESTLING THIS MONTH. Monday kicks off a 10 day streak of big-time wrestling in America, and if you’re watching New Japan’s Sakura Genesis on Sunday, then make that 11 days! 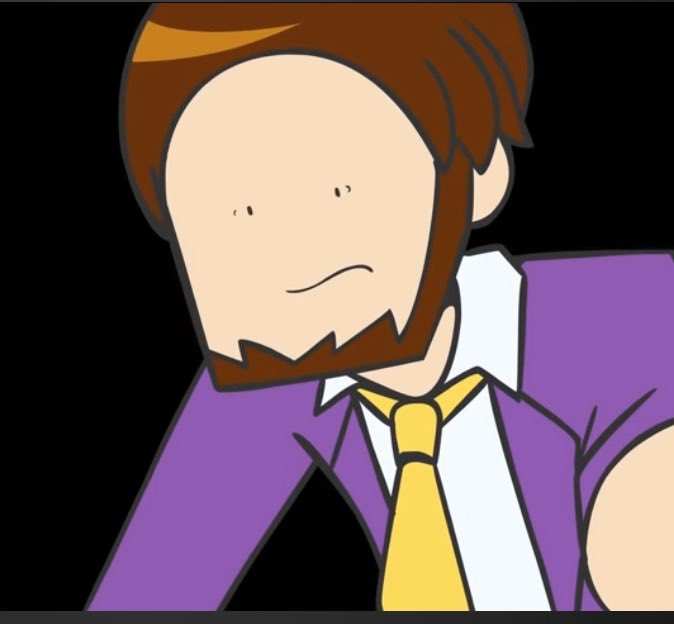 As above, next week sees… deep breath… the go home Raws and Smackdowns (Monday & Friday respectively) Hall of Fame on Tuesday NXT’s two-night Wrestlemania equivalent on Wednesday & Thursday (including the last head-to-head vs Dynamite), the showcase of the immortals on Saturday & Sunday, Raw after on Monday and then NXT’s new home on Tuesday nights no longer in opposition of AEW Dynamite on Wednesday.

Phew we all still following? Good, let’s have a quick recap:

Mostly just notable for the main event (which will probably be around 12 pm), which is Kota Ibushi’s first title defence against mega-bastard New Japan Cup-winning heel Will Ospreay, who recently turned on his partner Bea Priestly on-screen in a slightly tasteless angle given Ospreay’s rumoured allegations…

Anyway, this should be a very good match, I’d be very surprised if Ibushi loses his first defence but this is partly about establishing Ospreay as a main event guy, which given the past couple years of in-ring work, he’s deserved if nothing else. Elsewhere, Kanemaru & El Desperado defend the Tag Titles against Roppongi 3K and Will Ospreay’s British Empire/Commonwealth aping boys stable have a mystery partner joining, which could play a factor in the main event!

So as the Hall of Fame was cancelled last year thanks to the pandemic, we get a double whammy this year which probably means this is going to be about 10 hours long? It was recorded last night and airs on Tuesday, so let’s see. Here’s the list:

2020:
JBL (fuckin’ boo)
The British Bulldog (finally!)
Jushin Thunder Liger (fuckin yas!)
William Shatner… (sure!)
The nWo! (Yay racist Hogan!)
The Bella Twins! (sigh ok)
not Batista! (he cancelled due to schedule/wanting to be inducted with a crowd)

These are usually generally more interesting for getting a sneaky look inside the business, mostly just happy for Bulldog, Liger & Molly.

NXT’s had a pretty bad year by all accounts. While it still remains the most consistent program on WWE’s Network, the lack of fans + going up against Dynamite seems to have really devalued the show. While there’s still plenty of great talent, NXT just feels quite… safe? A lot of the time? That all said, they’ve still put together a pretty impressive two-night card here, so here’s hoping it will kick start the brand back into gear. Also of note, this will be the first show to air on Peacock’s version of the WWE Network in the states, and night 1 will be the final airing of the USA Network’s Wednesday night slot, meaning it will be the first (partial) Takeover to be on free-to-air TV.

Night 1 sees a bound to be fun little opener from Pete Dunne vs. Kushida, a triple threat tag team match for the vacant titles (I can’t remember why they’re vacant) between Tri’s boys MSK, Grizzled Young Vets & some Hispanic lads, an eliminator match to determine Johnny Gargano’s opponent for night 2 featuring all the current mid-card lads, and then a double whopper of WALTER VS CIAMPA & IO SHIRAI VS RAQUEL GONZALEZ for the UK & women’s titles respectively.

Night 2 sees Women’s Tag Champs Ember Moon & Shotzi Blackheart against The Way (Candice LaRae and the other one), an unsanctioned match between Adam Cole & Kyle O’Reilly which should be bags of fun, Gargano vs the mid-card flavour of the week determined the night before, Jordan Devlin (boo) probably finally being relieved of the Cruiserweight title, before the main event between Finn Balor and Karrion Kross for the NXT Title, with the latter having to relinquish the title previously through injury. On paper Night 1 seems more appealing but I imagine both will be decent.

And so at the weekend, we will get Wrestlemania’s second and (for now) last attempt at a two-night show meaning, assuming everything is back to normal next year, they will press ahead with the 10-hour slogfests, which is a shame because one of WWE’s best qualities during this pandemic as been the brevity of their shows. Oh well! Best enjoy it while it lasts, eh? The two nights are currently balanced at a nice 6 match each pace, with the two royal rumble winners main eventing, and it looks fairly set although there is still the Smackdown men’s tag titles to inevitably end up on a pre-show yet.

Night 1 sees what should be a great little opener between Seth Rollins & Cesaro, a please god make it stop fuckfest between Shane McMahon & Braun Strowman, an eh, whatever man tag match between New Day vs AJ Styles & Omos, a morbid curiosity match in Bad Bunny against The Miz in what remains a singles match with Priest and Morrison in each corner (for now), before our double main event of The Big Lasher vs Drew McIntrye & Bianca Belair challenging Sasha Banks. Both should deliver some great stuff, and made up for Bianca, if they do go last then technically this will be the first WM main event to feature entirely POC (if we’re counting Night 1).

The second night will see Matt “I’m sorry, I forgot what I was saying” Riddle against Sheamus in what should be a fun bout, ridiculous what a good run of form Sheamo is on right now, Kevin Owens vs Sami Zayn again (FIGHT FOREVER CLAP CLAP CLAP-CLAP CLAP), Big E vs Apollo Crews in which they try and salvage this garbage feud and match at Fastlane, before a triple header of what promises to be the most bollixy bollix of The Fiend (w/ Alexa Bliss) vs Randy Orton, Asuka vs Rhea Ripley for the RAW women’s championship, and finally the triple-threat between Roman Reigns, Royal Rumble winner Edge and everybody’s favourite, Daniel Bryan, headlining his second Mania main event in an against-all-odds triple threat. Could lightning strike twice? Who knows but I’m excited to find out.

phew so there we go, a huge month (well, week and a half really) coming up. AEW’s next PPV isn’t until May but I’m sure they’ll be keeping up the great content until then

Let’s hear your predictions and what you’re most excited for below IT’S WRESTLEMANIA SEASON BABY YEOWWW!

Meanwhile on AEW last night, Christian had a good match while the main event was absolute bollix, with the show going off the air to Where Is My Mind?

If you want a different option on the 4th, Stardom are running their Dream Cinderella PPV at the same time as NJPW

Bit of a weird Dynamite though - bringing the Inner Circle back in a mini-cinematic fight was a bit of an underwhelming way to do things. And no amount of Dustin Rhodes bleeding all over the place will make anyone care about QT Marshall turning heel.

Just for my information (as I’m a bit thick).

Wrestlemania will be available on WWE Network if you’re subscribed in The UK right?

On Raw and Smackdown there’s the inevitable promoting Peacock as the only place to watch it.

yes, the peacock deal only effects American customers, the WWE Network has normal remains for everyone else

No work next weekend (on account of sixty hours in six days coming up for me). I’ll reactivate my subscription and will essentially plan my eating, drinking and sleeping around Wrestlemania next weekend.

as @safebruv pointed out the other day, pubs (with outdoor space) re-open the day after 'n all

No but I’d love to try it, think you can only get it in the U.S though

I predict that will be a good ol fashioned slobberknocker, King

Love that The Great Kahli can be inducted into the Hall of Fame but not Demolition.

I agree give the Repo Man his due dammit!

interestingly, while Money in the Bank is the next PPV in May, they haven’t confirmed any of the PPV schedule following Mania yet. I guess because they’re waiting to see if they can carry on having crowds again?

The Bushwackers are in before Demolition, that says everything about it.

Excited for Asuka to inexplicably retain and then be sent back to title reign purgatory. I hope she at least gets a decent length match with Rhea.