The Archie and Sabrina TV megathread

I’m going to watch the new Sabrina with some trepidation. I love the original series, it was a cornerstone of my childhood, and I’ve comfort-rewatched the entire thing about 3 times since adulthood took me against my will.

Should probably watch Riverdale, people keep telling me it’s good, although I have recently seen some #kickingoff on social media that Jughead isn’t asexual like he is in the comics.

Did you read the comic that this ones going to be based on? It’s v good and gory and satanic and super stylish, I really liked it.

Never actually read any Sabrina comics, what’s it called? I’ll give it a go if it’s good. The only Archie stuff I’ve read at all was that one recent trade that was written by Mark Waid and half drawn by Fiona Staples and half Annie Wu. I’ve also got Afterlife With Archie sat there waiting to be read but not got around to it yet.

should i watch Riverdale? 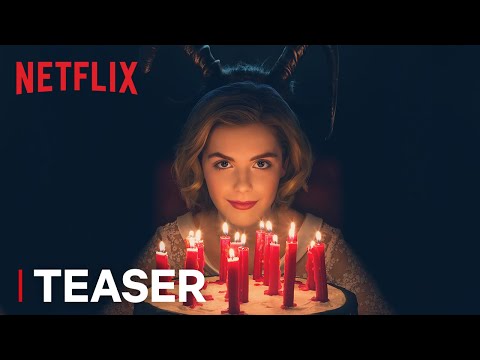 v similar visually to riverdale which isn’t necesarily a bad thing, but doesn’t look like it’s got quite as perfect a style as the comics

Just about to watch now

Sabrina I mean. This is pretty much the Sabrina thread at the moment.

I really liked the first episode

Salem’s a good boy
Sabrina’s got a cool group of friends.
Different to the comic but also the same as the comic. Needs more rituals and gore but I guess theres time.

Can some @moderators add Sabrina to the title of this thread and a cauldron emoji if possible.

About to watch Sabrina now slow down everyone

Could not find a cauldron emoji, but will be more than happy to add any existing emoji you might wish for

Rhnmhiu. I can’t find the witch emoji. Maybe there isn’t one.
?

Lucy Davis is the perfect aunt

Three episodes into Sabrina and mixed feelings so far.

Michelle Gomez is outstanding, Sabrina herself and the two aunts are great. Is Ambrose meant to be taking the speaking part of Salem’s old role? It’s not working. The school scenes and characters are dull.

I wanted it to be more Buffy, but I think it’s all a bit too Harry Potter/Charmed/Grimm/Lost Girl for me. That whole courtroom stuff in the third episode was just utterly, utterly terrible.

I want a familiar though. Please. Thanks!

Wasn’t sure about S1 but got through it cos eveyone on the show is really fit. First few episodes of season 2 are soooo bad though.

S2E4 - legit one of the worst episodes of TV I’ve ever seen.