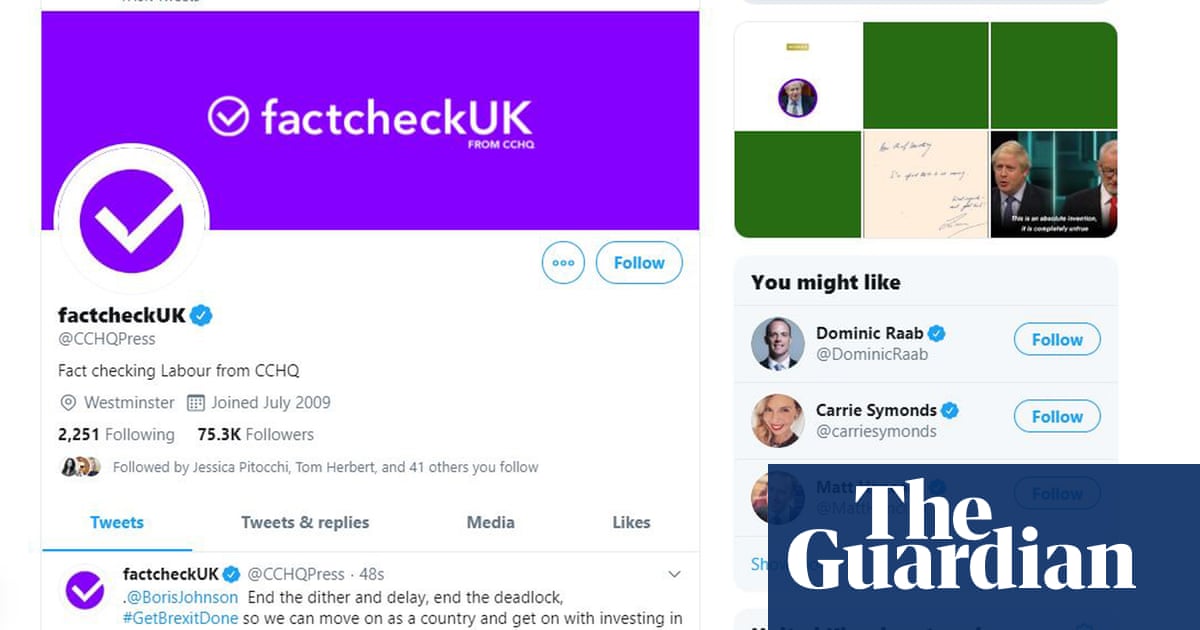 IDS bemoans signing the WA, which he voted for and the Tories won their majority on (apologies for the s*n link will try and find an alternative)

Brexiteer Iain Duncan Smith has slammed the terms of the Withdrawal Agreement on Twitter despite voting for it in the Commons last year.

Tories going to bin the WA and just leave the EU with no deal and blame it all on the EU/Remoaners etc? What a shocker.

When John Hume first got dementia, he would still go on long walks, you’d always see him along the Foyle. As it progressed, people would walk with him to make sure he was alright. A few people I know walked him home. John Hume looked after us, so Derry looked after him. RIP John.
14 Likes
wewerewerewolvesonce 4 August 2020 11:37 #4

It’s interesting because even the WA doesn’t guarantee a deal it just provides a way of the UK exiting the union, tearing it up would almost guarantee that no future trade deal would occur though.

Yeah, it’s utterly fucked and totally indefensible. I generally roll my eyes whenever random internet people (like me) call for someone to be sacked, but whoever signed that off should be out of a job pronto. 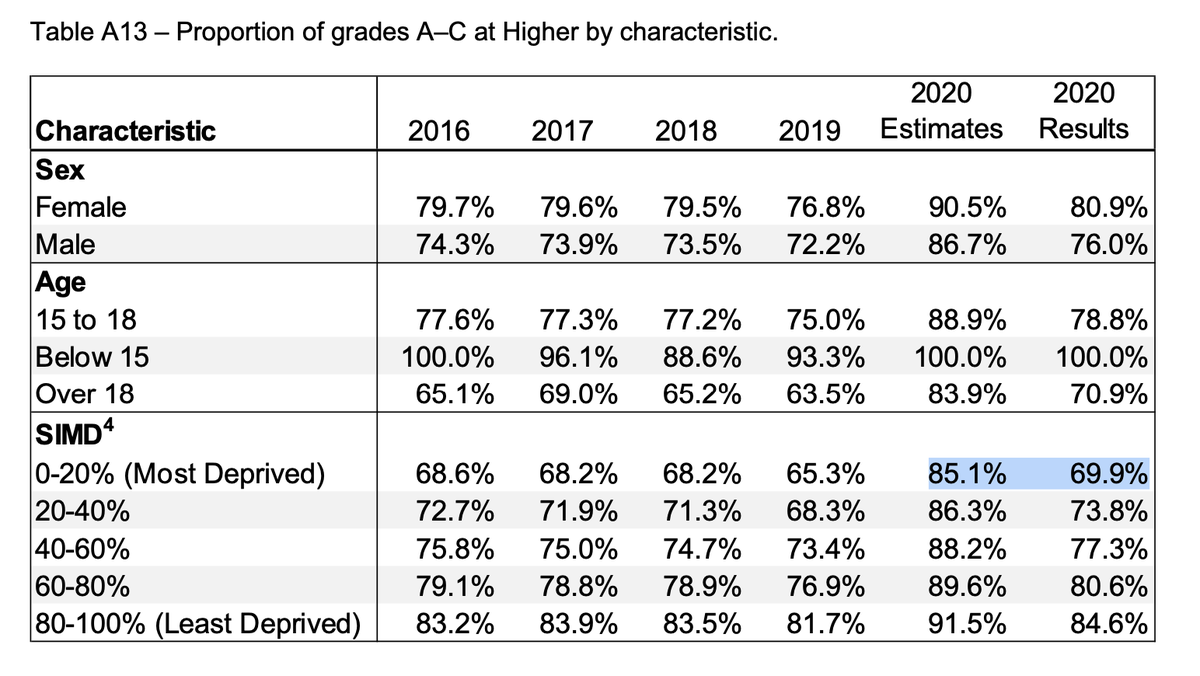 It’s throwing up some pretty wild individual results, too.

I’m really trying the understand how the #SQA think it’s okay to mark me from a predicted A to an F in psychology because I come from a deprived school with low results despite having 4 A’s at higher already. If that doesn’t show I’m a capable student then what does. #SQAResults
AtTheBorderGuy 4 August 2020 12:40 #12

Yeah, he’s going to have to go I reckon. It’s a shame as he’s a good politician. But that is a terrible, terrible look for any party trying to look remotely progressive.

I hadn’t read anything about the methodology. Was much said about it when announced?

Can’t imagine it’s going to be any better in England.

Just saw a tweet saying the same process is used down south as well.

No, there wasn’t appropriate opportunity for scrutiny (in itself a problem) but they were warned this sort of approach was going to be really biased.

Yeah, I assume this methodology was used in the past for pupils who couldn’t attend exams. It’s mad it has been used in recent times, let alone this year.

Communists not welcome in a party that supposedly represents the parliamentary arm of the Labour movement? Big if true.

If you are ‘literally a Communist’ then Labour is not for you. Some may have hidden in our ranks for a few years under the mistaken notion they were welcome, but their time is up. twitter.com/alanolive1/sta…

The suspended Chair of Luton North has resigned and joined the Communist Party. So why did he wait until he was rumbled and suspended before jumping ship if he wasn't a signed up entryist? https://t.co/6SM1tweqI1
eems 4 August 2020 14:49 #18

Hi ATBG, can you or @AdrianWebb link to something explaining how this methodology works? Is it like the exams get marked, and then those marks are automatically moderated with a calculation based on that school’s previous years’ marks? If so, who is defending that, and… how?

There are links in the thread posted above:

Not sure if this one will work:

Have ‘they’ been getting ready (and building and recruiting) for it this time round, or will they be hastily converting the M20 to a truck park again in December? 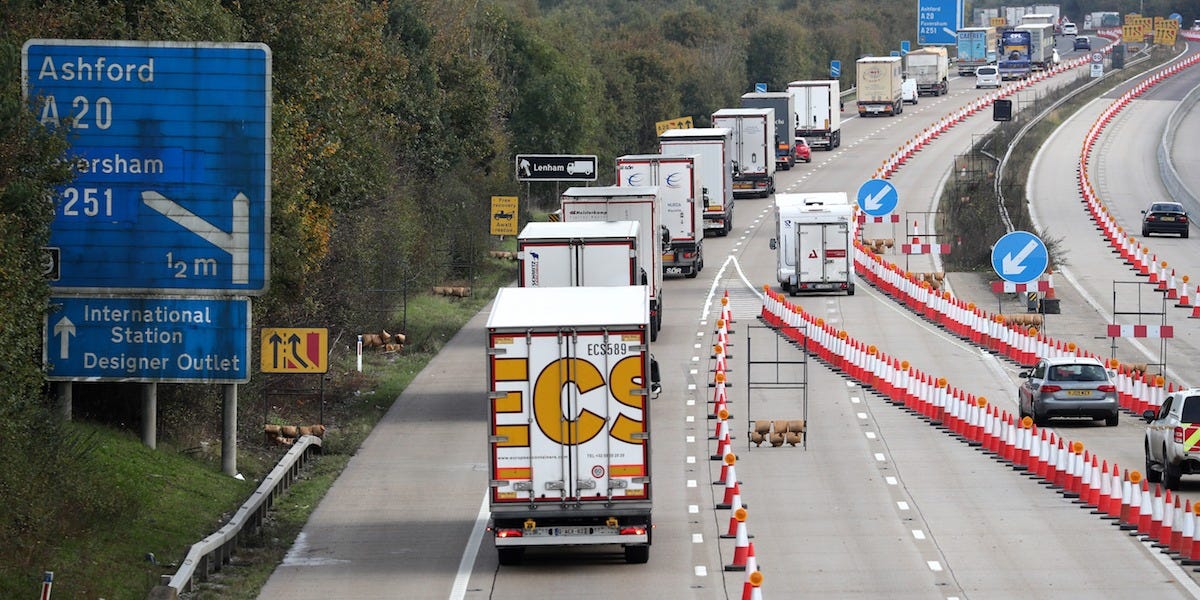 Boris Johnson's government is bringing back its plan to turn a 15-mile...

The government is preparing to turn one side of motorway in the county of Kent into a contraflow system for lorries heading to the EU.

thanks though I’m not sure I’ll get round to reading the entire original source material tbh.
I was being lazy to be fair, having googled, I now understand it a bit better.

his brother was my favourite teacher ever, as a riveting aside

Only the Libdems can win here. twitter.com/JoJoFromJerz/s…

I’m a teacher in England and have been involved in the process of estimating grades for my students.

A couple of caveats before I share my thoughts:

Now my thoughts:
In an almost impossible situation, I’m not sure what more exam boards and schools could realistically have done this summer. The system we’ve had to work within is flawed, and won’t deliver the same results as the exams running as normal, but when I read a lot of the criticisms, I’m not really sure what people think could have been done differently. Obviously, we’re waiting for results in England and it could be a shitshow, but I’ll reserve getting my pitchfork out until we see what happens.

In terms of the data highlighted in the tweet above, I don’t think outrage is merited. Yes, the most deprived have been marked down the most, but the thing to look at isn’t the number highlighted on the left, but the 4 numbers to the left of that. Sturgeon saying teachers needed stricter moderation isn’t helpful, but in this case it’s sadly true: how could anyone in a position of power justify overall results being 10%+ better than any of the last 4 years overall? How would a result roughly 16.5% better than anything that’s happened in the last 4 years be credible or realistic? But another question worth asking is how did the people above let these estimates come through as the final estimates in the first place? It seems astonishing that school leaders and those directly above them wouldn’t have looked at the numbers and seen a trend of over-estimating in relation to prior data.

They’ve used a model that actually sets out to reproduce educational inequalities.

I think, sadly, the issue isn’t with the model itself, but with the inequalities that exist and persist within our education systems. While I recognise the model’s flaws, I simply don’t know what you could do on a system wide level that would be better and not also have drastic and inherent flaws. This model will no doubt be unfair, and individuals will suffer injustices, but system-wide it’s about the best that could feasibly have been done.

Sturgeon saying teachers needed stricter moderation isn’t helpful, but in this case it’s sadly true: how could anyone in a position of power justify overall results being 10%+ better than any of the last 4 years overall? How would a result roughly 16.5% better than anything that’s happened in the last 4 years be credible or realistic? But another question worth asking is how did the people above let these estimates come through as the final estimates in the first place? It seems astonishing that school leaders and those directly above them wouldn’t have looked at the numbers and seen a trend of over-estimating in relation to prior data.

Yeah, this is what I was thinking (especially given how prevalent over-prediction of grades is).

My work surveyed final year school students in March/April to see what they thought about A-level exams being cancelled - there were a lot of relieved students who felt they had been over predicted in the first place, and that - given that their teachers were the ones who had given them what they perceived to be inflated predictions - they were more likely to achieve these grades now than if they had taken their exams.

in a separate bit of work done last year, it was found that students are much better at predicting their own grades than teachers