The best place on earth to watch live music

This thread is sponsored by passing by the Luminaire in Kilburn and thinking how much magic happened in that room with some gentle reminders to respect the musicians — something that will hopefully happen more once we can go out to gigs again.

However, pretty much every venue at Mutek in Montreal was incredible. Surround sound systems. Light mapping that made church walls bleed and turned planetariums into impossible spaces (no idea how they made the room floor-to-ceiling fully immersive and moving!).

One of my favourites is the Body & Soul main stage in Ireland. Lovely hollow boggy earth there, feel the bass underneath you.

Never heard a bad sounding act there, props to the sound engineers

The Luminaire was wonderful - saw an (unsigned) Emmy the Great there, third on the bill, and it was obvious even then how good she was.
Found these pics of the signs on Flickr. They don’t mess about. 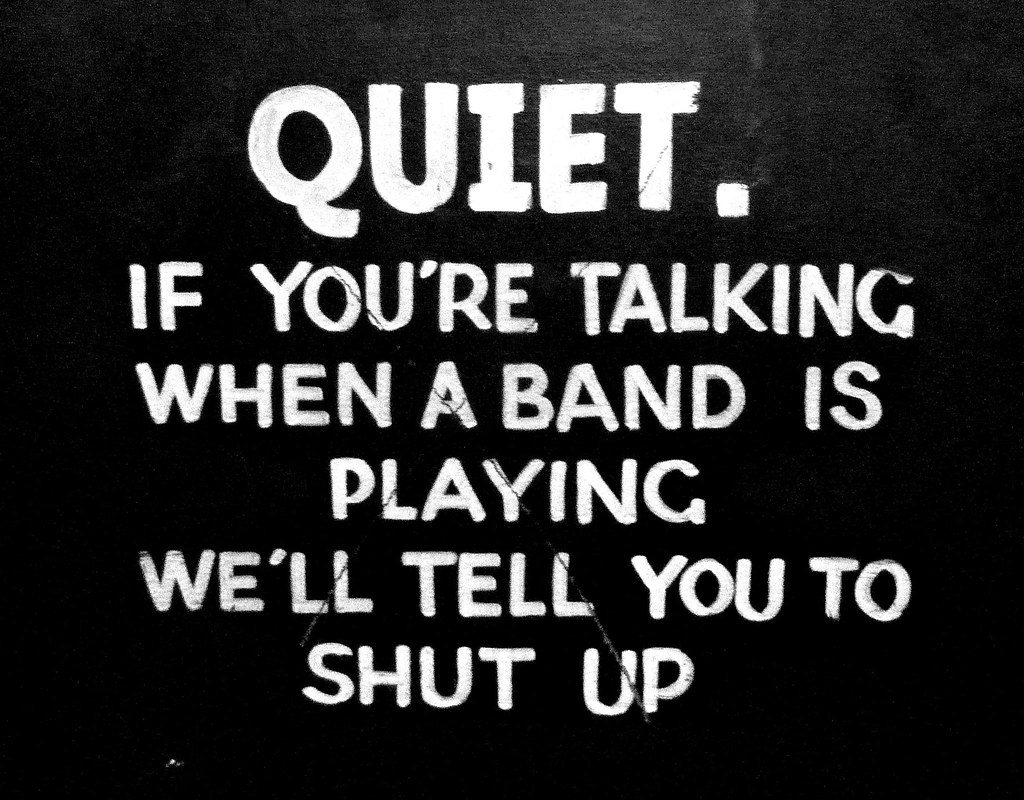 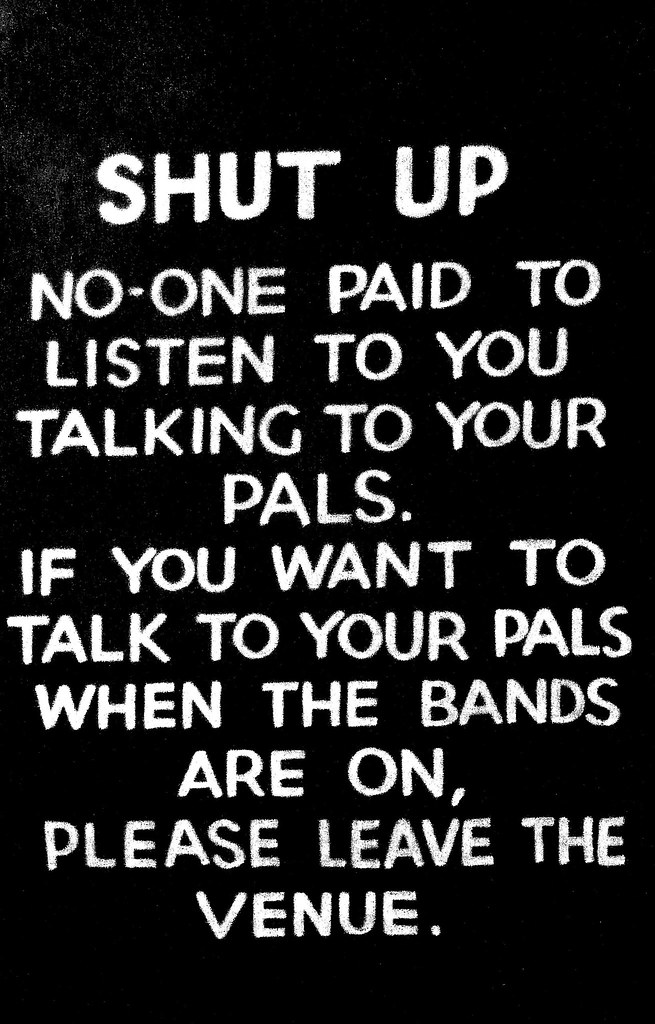 The Luminaire was wonderful - saw an (unsigned) Emmy the Great there, third on the bill, and it was obvious even then how good she was.

I was at that show too. Struggling to remember who she was supporting…

Loved Luminaire. Saw a great Grouper show there once, around Dragging A Dead Dear time. Right as the set was reaching its climax, someone’s phone started ringing really loudly. She looked so pissed off.

Always had a fondness for Barrowlands and its bouncy, bouncy floor. Not sure anything sounded great though.

If it was the same night, it was Emmy, Semifinalists then Tilly and the Wall.

This was an interesting read about the Beatles’ photo in the churchyard. 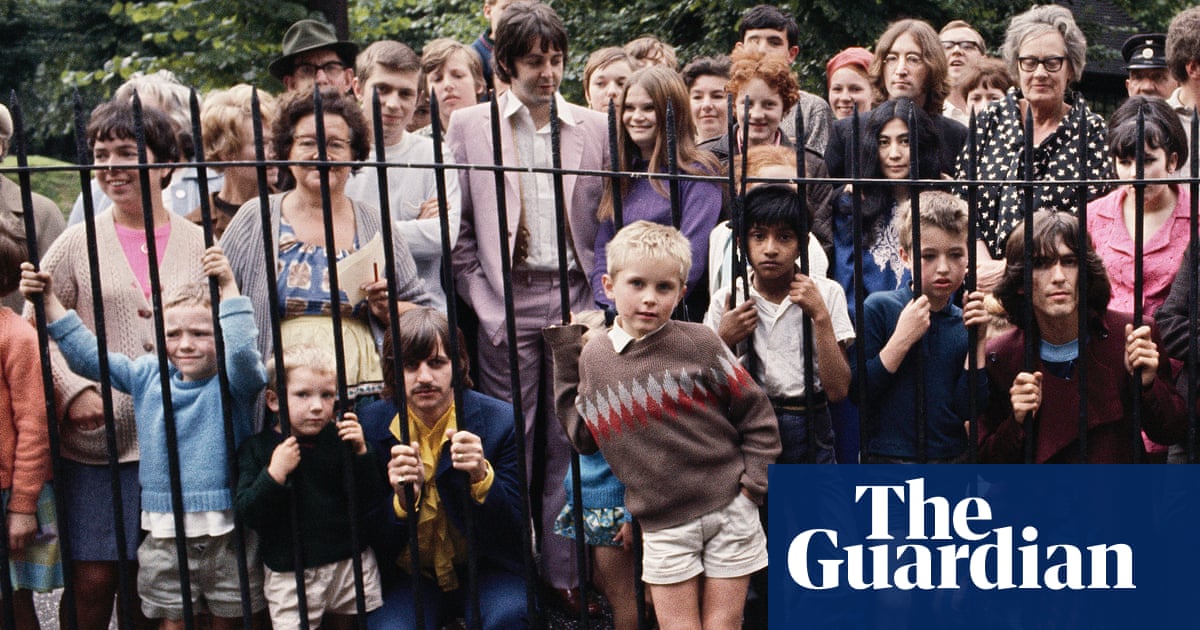 ‘We were just knocking about in the park. Then the Beatles turned up’

We put on some lovely shows at the Luminaire (Ben Frost, Tall Firs, Matt Elliott to name a few). It was an excellent venue, albeit with not great sightlines if it was a sell-out.

I always enjoyed the Cluny in Newcastle, although if the headliners brought their own sound tech, rather than working with the in-house team, it could sound a bit muddy in there.

Yes. A complete pain to get to, even though I lived in north London.

I was at that grouper show but had to leave about 10 minutes into her set to get my train, one of the disadvantages of Upset The Rhythm-promoted shows

Yeah, remember seeing about 20 minutes of a UTR-promoted Black Dice gig at Tufnell Park Dome then having to leave along with most of the rest of the crowd to get the last tube south.

I mean, yeah, the Luminaire wasn’t helped by the lengthy closures to the Overground lines when they were upgrading the network, but it was a ten minute walk from both Kilburn station on the Jubilee line and Kilburn Park on the Bakerloo, so wasn’t that isolated.

think one of my favourite venues now is Ulster Sports Club in Belfast which was an old man’s sports club for nearly a century and only converted into a bar and venue a couple of years ago.

the venue upstairs looks like an old function room from Phoenix Nights but has an incredible sound system. first band i saw there was Wand and i was blown away. they also have good beers, and plenty of toilets which i find most venues lack. only downside is it feels very cramped when it’s properly busy.

The Black Box is always a reliably good venue as well no matter if it’s a noisy rock gig, a quiet sit down folk gig, standup comedy, a book reading or a film screening.