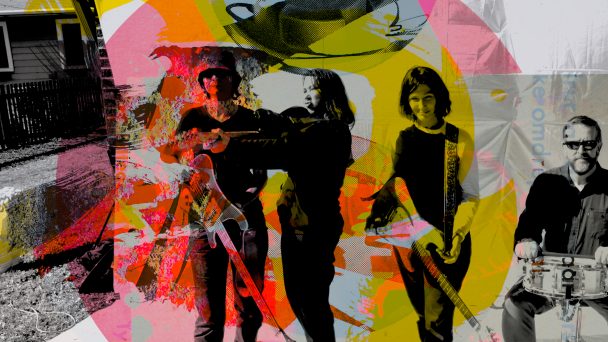 The Breeders – “Wait In The Car”

The Breeders are officially back! The band just debuted a new single called "Wait In The Car," which will be included on a forthcoming limited edition 7" series to be released released by 4AD. The first 7" in the series of three will include a cover...

Really like the new single, can’t wait for the album now. Hopefully seeing them on the sixteenth!

Fantastic - didn’t realise they had European dates. Nowhere near me unfortunately.

Saw them back in Last Splash days and they were ace.

Yeah, was delighted when I saw Dublin announced.

I saw them twice after ‘Mountain Battles’ was released, two of the best gigs I’ve ever been to. No idea why I didn’t see them on the ‘Last Splash’ 20th anniversary tour. I can only imagine how good they were in the nineties!

Kelly was infamously ‘not with it’ on the Last Splash tour but i must have got lucky as she seemed to hold it together just fine on the gig I went to.

Yes! This is great! Kim’s is my favourite voice in music, I reckon. Just hits me.

Massively fun with pretty much every line up they’ve toured with. Missed tickets for the London date and am gutted about it. Fav Breeders gig was in Blackheath in 2005 as part of the 4AD 25 year anniversary stuff - Jo Wiggs back playing bass was a great surprise and one of the only times (if not the only) Carrie Bradley played over here with them.

oh wow - did they play at the tiny concert hall (can’t recall what it’s called - by the roundabout at the top of the hill)?

Yep - that’s pretty much what we though when we found out where it was.