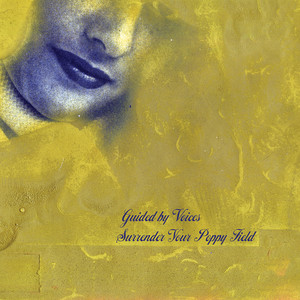 New album out today! Just checking it out now. Dug the couple of preview tracks they dropped.

Had a quick listen last night. Didn’t get on that well with any of last year’s albums beyond a handful of tracks, but this one starts off pretty well. Some good catchy tunes and not trying so hard to be wilfully odd, and a bit fuzzier round the edges which is always nice. It did seem to lose its way as it went on though. Might need a few more listens.

Arthur Has Business Elsewhere was a highlight

How do you people keep up?

Just finished my first listen. Lots of ideas going on. Some more immediate poppy lo-fi tunes interspersed with the progginess they got a bit hung up on on the last record. That appeals to me.

Volcano is a canny tune off the new one. Unsure of the rest of it.

Yeah, I love it. Dunno if it just sounds like something else. It’s very Weezery.

2020 is the year they’ll bring back Tobin Sprout and make Alien Lanes.

Loads of enjoyable cuts on this one, eg

I really enjoyed the 3 albums last year. I think I had 2 of them in my top 5 albums of the year on here. Not blown away by this one on first listen, but will give it a few more spins. Always Gone was an early favorite for me.

I actually found this one as an album that was intentionally trying to be different and experimental, didn’t get that feel from last year’s , except for maybe Sweating The Plague to some extent.

They’re throwing a lot at the canvas on this one aren’t they. Weirdo bits. Poppy bits. Lofi bits. Double tracked guitar bits. Really digging it.

i know what you mean in terms of the different styles on the album, but i feel like on a lot of the recent stuff there’s a lot of deliberately disjointed songwriting, the chord structures and melodies will deliberately go in unpredictable odd directions. it felt like on this album there were more songs where they played the songwriting straight again with more satisfying results

That was certainly the case on Sweating The Plague. I mean, proggy changes in direction and ideas just kinda smashed together has always been a feature of GBV, but it works best when it’s balanced with hooks and singalongs. Of which there are plenty here.

Like the Cave stream it feels pricey but this one gives you 96 hours to watch it back and lets you download the audio apparently. Will probably go for it

Oh and there’s another new album on the way obv