I think it’s the last time I felt like the grab bag approach worked and like they actually nailed all the diff styles - it doesn’t sound like 90s classic gbv at all, but it gives me that energy filtered through their new approach

But haven’t listened in a while, so will give it another go tomorrow to check I still feel the same

Some early reviews of La La Land are starting to emerge. Encouragingly, it sounds like Mojo granted the album a rare full page review coupled with an 8/10 score.

Mad to think the album after that (Welshpool Frillies) is already in the can, too.

Just had a confused phone call from my little brother ‘you know you want the new Guided By Voices album for Christmas…but, like, which one? I didn’t realised they had SO MANY.’

I never fully clicked with August By Cake for some reason

same, there’s just too much of it for me i think

Not even the best GBV album of 2017 in my opinion

yeah How Do You Spell Heaven grew on me a lot in the run up to the London shows, maybe because it’s much more digestible

A bit surreal to see Vanessa Carlton being one of the first to offer words of sympathy on Instagram!

no more high kicks for a while

No more kicking of elves for a while, either.

On the flipside, how many bangers can he write if he’s laid up with a fractured knee?! I’ve been having a great time revisiting the 2020 albums over the past few days. Aztec and Styles are exactly how I remembered them at the time i.e. super-solid albums with plenty of memorable Bob goodness. But I’d somehow forgotten just how superb Surrender Your Poppyfield is - an incredibly fun album, especially bearing in mind the enormous GBV output in the twelve months leading up to it. Includes an absolute GBV alltimer in “Volcano” (my first ever GBV song, what a way to discover the band!).

I also adore this slice of power-pop goodness from the album: 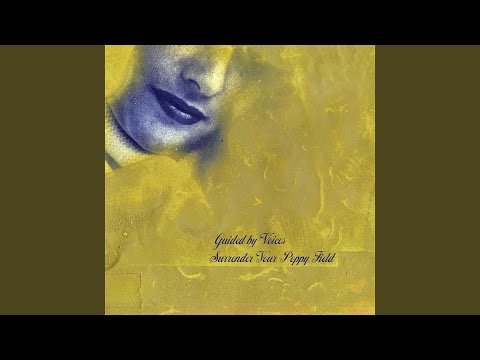 It’s a brilliant album! I think the best of the current line-up, probably. Maybe even the best since Half Smiles. Reckon it will be thought of in the same way as some of the classic era ones in the future. Like you say, it’s got a surefire hit in Volcano. As well as other singalongs and more experimental moments. And it flows really nicely imo.

Yep, Surrender would be right up there for sure. I find it really hard to rank the current output, there are maybe two or three which haven’t quite clicked (ABC, ZoC, perhaps Thems x3) but even they are still very enjoyable overall.

One of the things I especially appreciated about the 2020 era was that I felt Bob really started to nail his vocals again. He went through a spell, peaking with ZoC, where I was starting to worry he couldn’t quite hold a tune like he used to. But everything from about Plague/Poppyfield onwards has been much more consistent, thankfully. I really rate Them. I liked it since release, but am enjoying it more now I have it on vinyl. It’s the only current line-up release I have a physical copy of.

It’s certainly a bit of a mixed bag as a record. But again, it’s got a big hitter (Dance of Gurus) and a couple of other serviceable singles. But I also really like some of the darker slow burners (Maintenance Man of the Haunted House and Black And White Eyes Inside A Prism). I Share A Rhythm and Razor Bug are good lofi gems on it too.

I think my issue with the album was that I went into it with very high expectations - I was a huge fan of all three of the preview tracks, and I’d convinced myself we had another Space Gun incoming. Maybe I moved on from it too quickly, I’ll give it some more plays and see if it clicks this time. I do remember really liking “I Share A Rhythm” at the time

August
By
Cake
Rocks
You
Fools