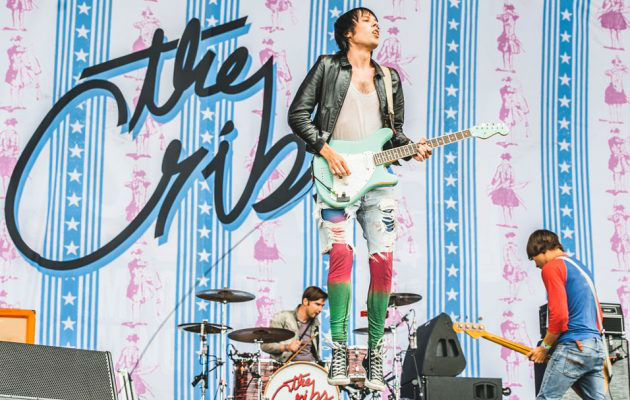 The Cribs have announced details of a special UK anniversary tour to celebrate 10 years of their album 'Men's Needs, Women's Needs, Whatever'

The 2007 show at the Astoria was my first ever gig so I’m all over this. I was listening to the album a few days ago and it really stands up.

My pal text me about this first thing this morn.

come to the manchester one!

pretty excited about this, mnwnw was pretty much the soundtrack of my life at the end of uni coz id packed up all my other cds at the time to move back home, then this came out and i could only listen to it on my telly with the built in dvd player. such a great album anyway

i’m also away for the mnachester gig.

i’m also excited about this, such a great record, so much love for the cribs

Gaahh I’m at a conference in Cardiff on the Leeds Saturday, might have to sack off the last few hours to get the train back for the arena gig.

The TV is a massive fan from the first album days and I used to write them off as a bit lad rock but seeing them live for the first time converted me. Seen them about 5 times I reckon and they’re consistently great

they’re so much fun live

Probably going to do Newcastle. Love The Cribs.

The Thurston Moore Band supported them at their Leeds Millennium Square gig last summer, was really hoping it meant Lee would come along too but nope.

Really well connected, aren’t they? So I’m sure they’ll have some awesome support either way.

I know Lee has a new album (Electric Trim) due out soon so he might have touring commitments. They might just bring out the projector with that prerecorded footage again.

It’s been bloody ages since Wig Out, hasn’t it? Wouldn’t say no to some new stuff from the Jicks!

that was one of my favourite moments of Glastonbury, my mate asked if they’d play Be Safe and I was like ‘nahh there’s no screens’. literally 5 seconds later, Lee Ranaldo shows up on a screen

Oh YES!!!
I’ll be at the Glasgow gig.
Such a brilliant live band.

Yeah but it would tick ALL THE BOXES if he were to show, right?

So is there a DiS consensus on the best Cribs album?

Either Mens Needs or Brazen Bull for me.

popbable, yeah that’s what i said