was he just trolling me again like he has been for years and years.

You’ve answered your own question.

They played 2 new songs last night, Alone and Endsong. They sound ok, a bit Cure-by-numbers but that’s ok, what more can we expect? Endsong is ten minutes long.

The rest of the set looks pretty predictable - mostly Disintegration. Only two songs from the first four albums and both of those from 17 Seconds - not great if, like me, you prefer their early stuff, but I guess they’re just giving what the majority of fans want. Plus they’re a six piece now, so maybe the early stuff jus doesn’t work with that dynamic.

Noticed the tour was now called The Lost World - guess this is the name of the new record? Be interesting to see how much the setlist varies over the coming nights. I’m going to see them next Thursday.

Of course it is

Could have sworn they’d already used both for song titles.

You’ve probably been playing with “The Cure AI Song Title Generator” - they come up regularly.

This was also my initial thought

Much better set list last night, very jealous of you going to see them if this is going to be typical

The Cure Setlist at Jäähalli, Helsinki

Get the The Cure Setlist of the concert at Jäähalli, Helsinki, Finland on October 8, 2022 from the Lost World Tour 2022 (Europe) Tour and other The Cure Setlists for free on setlist.fm!

Never seen them do that, a shame as it’s one of my favourites. While checking the setlists I found this note on the Manchester Arena 2016 gig

It was true- we were in the second or third row and where we were was totally dead until Friday I’m in Love. Not a b-sides nerd or anything myself but even if you just knew the singles there was plenty to sing along to/cheer for.

Even better last night in Stockholm

Get the The Cure Setlist of the concert at Avicii Arena, Stockholm, Sweden on October 10, 2022 from the Lost World Tour 2022 (Europe) Tour and other The Cure Setlists for free on setlist.fm!

They’re certainly mixing things up which is refreshing. I love a band that varies their set list every night.

Its good too tbf.
That 8 song run as a 2nd encore though - amazing stuff.

Yes agree, although it gets a bit nervy when you’re going to see them for a single night! No Charlotte Sometimes last night in Oslo, really hope we get it tonight

Reminds me of when I saw Radiohead in Stockholm and they’d been playing Let Down at a couple of other dates earlier in the tour, but nope.

Great night last night, couldn’t have asked for much more with the setlist really.

New songs sounded fine but all went on for about twice as long as they needed to. The visuals during Endsong were very nice though (and excellent all night) - it was probably the pick of the bunch.

They played 3 tracks from Pornography on the spin - The Figurehead, A Strange Day and Hanging Garden - which of course I loved, but was fascinating to see the reaction of most of the rest of the crowd (who quite visibly hated it, with many taking the opportunity to go for a piss / buy beer). Smith is clearly actuely aware of the effect these tracks have on his audiences too - seems he’s constantly pushing the balance as far as he can with the tracks he wants to play vs the tracks he feels he has to play.

Got really lucky with The Drowning Man and Charlotte Sometimes in the first encore too. Other highlights were Want (surprisingly), Shake Dog Shake and The Walk.

Have thought for a while that the version of A Forest they play now is nowhere close to capturing the magic of the track, and was the same with Play For Today (although think they fucked it up quite a bit too). The general jubilance of the crowd and the quality of the songs carried the second encore, but really got the feeling that Smith resents playing them and is just going through the motions.

They played 3 tracks from Pornography on the spin - The Figurehead, A Strange Day and Hanging Garden - which of course I loved, but was fascinating to see the reaction of most of the rest of the crowd (who quite visibly hated it, with many taking the opportunity to go for a piss / buy beer).

These people are monsters.

Agree. The live version has become too bloated over the years and Bob’s become bored of singing the original melody. It’s still A Forest, though. 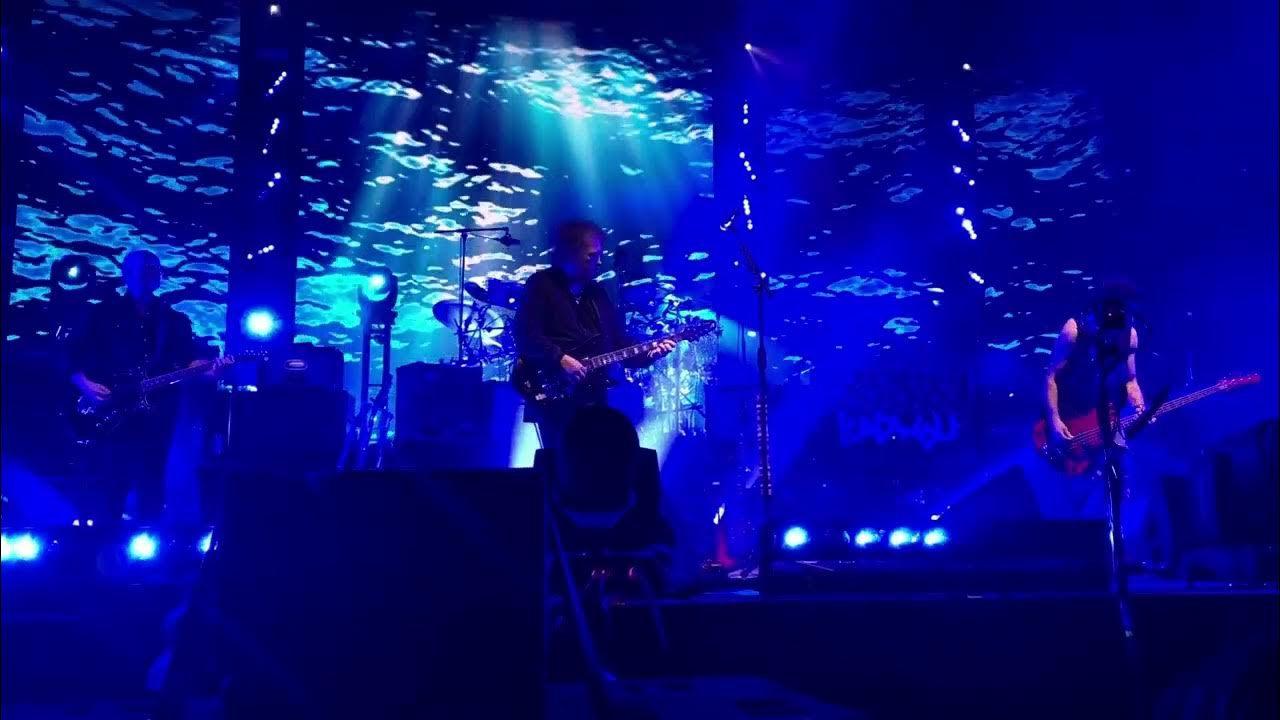 Oh man! I really need to find a ticket for Birmingham.