Goes without saying that what happened was totally horrible and it’s rightly devastating for the victim’s family - and I understand instinctive response that the woman should come back to the UK and “face justice”. But the more I think about it, the more I wonder what end it would serve? Say she’s convicted of causing death by dangerous driving and does time - arguably if she’s a chronically unsafe driver then she’s off the roads (though she’s off the UK roads now anyway), and I guess it acts as a “deterrent” for other potentially dangerous drivers (but is this the kind of crime where public punishment actually helps lower offending rates?)

I don’t know what’s in her head or heart, but she’s presumably wracked with guilt and will have to cope with that for the rest of her life. Who really benefits from her suffering in prison along with that?

I suppose the fact she legged it to the US sits badly with people, otherwise this story would probably have not even been reported on in the media

gonna kill someone by dangerous driving and then go and live in Andorra for a bit. brb.

Yeah absolutely - and like I said, the instinctual reaction of course is “this is outrageous, she needs to come and take responsibility for what she’s done”. I don’t know, I guess it just raises broader questions for me about criminal justice and how we process that, and to what end.

Probably a very simple of looking at it, but I just think she should be held to the same process as anyone else.

For me, it’s not about who benefits from her going to prison, it’s about the law applying differently to someone based on a position of privilege. I’m sure there are many people in prison who are distraught with guilt and I think the penal system is completed flawed, but she should put through the same system as anyone else.

Was going to say this. It’s the arrogance / cowardice of using her position to avoid any repercussion for her actions that stinks (that and killing someone because you’re not obeying the rules of the road, obviously).

I don;t know any details of the circumstances of the crash (not sure if that’s been shared at all or not) - but I strongly suspect that if she’d stuck around to face the music she would have got little more than a ban anyway

isn’t diplomatic immunity a thing to stop arbitrary prosecution of diplomats for political gain and ensuring they aren’t arrested during times of conflict between two states? I don’t think it really applies to say, mowing someone over on the road.

From what I gather she pulled out of the airbase on to the wrong side of the wrong (presumably because she forgot what side she should be on) and hit the biker head on. She did speak to police at the scene and then again the next day, but left the country before any arrest was made.

The parallels with Matthew Broderick are interesting - like you say, ultimately he was only fined: On August 5, 1987, while driving a rented BMW 316 in Enniskillen, Northern Ireland, Broderick crossed into the wrong lane and collided head-on with a Volvo. The driver, Anna Gallagher, 28, and her mother, Margaret Doherty, 63, were both killed instantly. He was vacationing with Jennifer Grey, whom he had begun dating in semi-secrecy during the filming of Ferris Bueller's Day Off; the crash publicly revealed their relationship. He suffered a fractured leg and ribs, a concussion, and a collaps Bro...

Also good for avoiding millions of pounds worth of parking fines.

I’m a terrible person for reading “Matthew Broderick 1987 car crash” and thinking “oof, did they make a Ferris Bueller 2?”

used to work next to the Angolan embassy, and they used to place traffic cones outside on otherwise legit parking spaces.

used to share a smoke with some of the security detail there sometimes - top lads, the Angolans.

The idea of justice has always been a weird one for me as I can’t see how locking someone up would make me feel better about losing a loved one.

That said, the families of victims do often appear to find some element of closure when people are held to account for what they’ve done. I couldn’t give a toss about what the public or press think, but if justice is important in the eyes of the family then she should be held to account. I can understand the instinct to flee the country, but she’s had time to think about it- if she’s someone that’s going to struggle to live with the guilt of what she’s done, I’d have thought it would be less of a burden on her conscience to come back and answer whatever questions the police have. It’s not like she’s been accused of murder.

Why not apply this logic to a multitude of crimes? If she is found guilty of causing death by dangerous driving then she should serve a sentence appropriate for that crime, imo.

just ban her from driving for life, taxpayers give everybody counselling for as long as is needed

I also think that abusing the principle of diplomatic immunity for a crime like this sets a bad precedent for other crimes be committed without justice being followed through to its conclusion.

Two sons of Iraq’s ambassador to Portugal are set to escape punishment for a brutal attack in which they allegedly drove their car into a 15-year-old boy before beating him to the verge of death, because they have diplomatic immunity.

Surely that could be said for all crime, no?

A thousand years ago I worked for customer accounts at British Telecom. We had a perennial problem with US service men running up huge phone bills and returning to the States without paying.

I’m a terrible person for reading “Matthew Broderick 1987 car crash” and thinking “oof, did they make a Ferris Bueller 2?”

I am also a terrible person. Every time I hear ‘diplomatic immunity’ I say it back like: 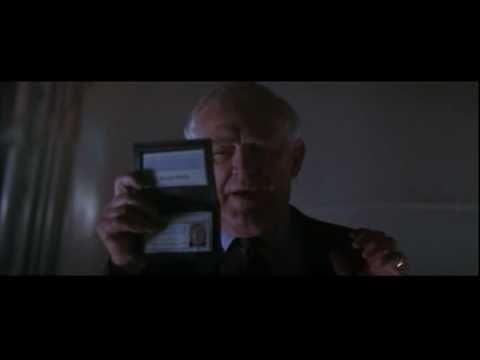 I have this song in my head now, fwiw