Been looking at five-season net spends for something I’m writing. Thought the data was quite interesting, so here you go. All been checked.

Not my words, Andy, but those of a certain Robyn. Cowen.

Excited to see who will bite first

Been looking at five-season net spends

You won’t catch me comparing spurs and leicester’s net spends and trophies won and tagging in harru, no sir

I’m waiting to see who will post the talk about net spend jpeg.

It’ll be me cause I’m impatient

Selling an excellent, versatile leftback to a top 4 rival for pennies whilst spending all summer trailing after some guy who’s had one decent season for Brighton before another top 4 rival gazzump us by virtue of simply paying the asking price a week before the season starts is some top, top brane geniusing, it must be said.

Agreed, but I’ve just had a look at this definitely-not-Rodwell-vibes lad we’re meant to be in for from Anderlecht, and he actually looks pretty good.

Selling Zinchenko’s a bit of unecessary self-sabotage for me. Jesus and Sterling had to go because they were running out of contract, so irrespective of how they do £95m for them was good business, but Zinchenko was genuinely one of our best possession players, and he always looked absolutely thrilled to be here. 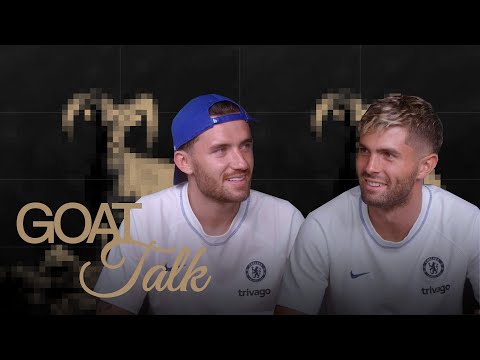 How much of this do we need to watch?

All of it, it is the most important video you will see all year.

Absolutely lost it at:

Pulisic is 23. How in the name of Christ could he have watched ‘a lot of Michael Owen’?

got him more game time… in a bigger house etc etc

Will take 20mil for a player who hasn’t ever done a 90 mins in the league. Cheers prof!