The guys I lived with in my first year in uni were constantly putting bets on the football online, but never noticed there was a real life bookies on our street until we were moving out.

TV advertising should be banned. I can’t see any reason why it isn’t other than lobbyists and corrupt politicians.

One day it will be and we’ll miss it as much as we miss tobacco advertising.

Things will be changing soon. Bookies are going to have to get customers to prove their income and various other checks. Some are in place already.

I absolutely loathe paddypower, they’re at the forefront of that wave of betting companies rebranding themselves as your mates with banter/memes, designed to be shared on group chats and all that. Completely insidious and repulsive.

Not read the whole thread yet, but watching stuff on All4 lately after seeing very few TV ads for years, I’ve been really struck at the proportion of ads that are for gambling. At least 50%, and this isn’t even when watching sports. So many that it feels sort of ambiently normalised.

Never gambled or had family or friends who do really, so can’t much relate to it. Although my uncle used to say that if you were betting 50 quid, you should think of that as 50 quid you’ve spent on the enjoyable activity of gambling, rather than in the expectation of any return. Easier said than done of course.

Wonder if there’s a way to nationalise gambling.

It pretty much was in Australia and NZ until fairly recently

The Totalisator Agency Board, universally shortened to TAB or T.A.B., is the name given to monopoly totalisator organisations in Australia and New Zealand. They operate betting shops and online betting. They were originally government owned, but in Australia most have been privatised. In Victoria, for instance, the Victorian Totalisator Agency Board began operating in March 1961 as a state enterprise, and was privatised in 1994. Most Australian TABs have been progressively privatised, beginni...

It’s not that long ago that bookies weren’t even allowed to have anything in their windows, they had to have plain shop fronts that you couldn’t see through and thus be tempted by what was going on inside.

All the people that run them are without exception, hideous people. My uncle used to play poker with a couple of brothers who at the time ran a well-known Northern bookie chain but now own BetFred and they are very dodgy people (as is my uncle tbf).

This is a horrible story, particularly that the man extended his overdraft after the win. Maybe I’m reading too much into this but it seems like the money has caused some personal issues for him also. 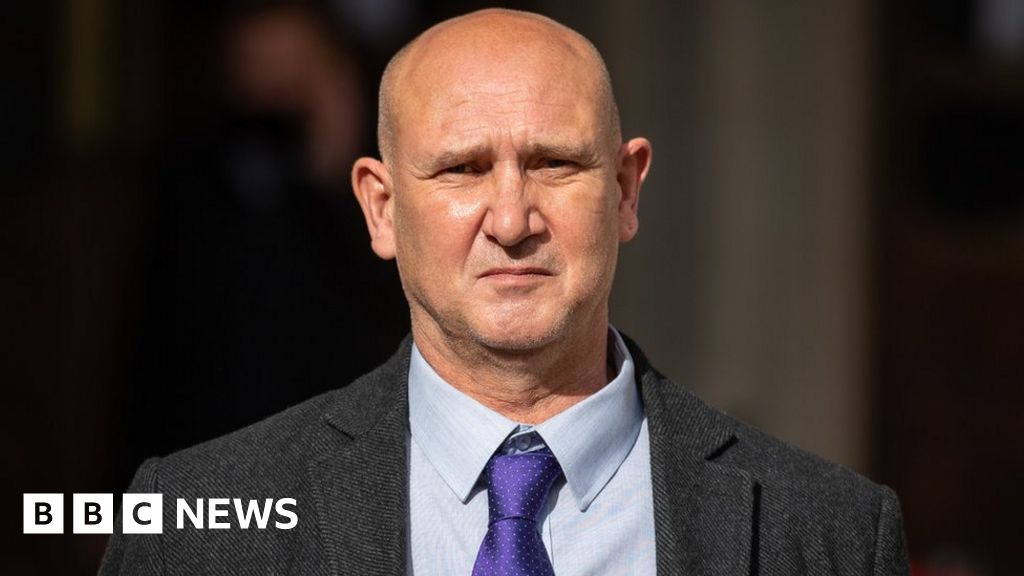 A High Court judge rules the gambling firm was wrong not to pay Andy Green his winnings.

Stalin was pretty big on his drinking and smoking though…

I’m quite fortunate that as someone who has always found it easy to acquire vices, that gambling doesn’t appeal to me in the same way as it seems to do to other people. I am more scared of losing my money, than I am excited about winning more. I was a bit bored in lockdown and looked back into reactivating the account I had for the world cup (I tend to get quite enthused about tournaments) and was betting on and then watching a game for about 4 days in a row before I just got bored again.

Poker isn’t gambling - it’s a game and you can actually be skilled.

Whilst there’s a wide range of skills involved in poker a lot of it comes down to conventional gambling at the end of the day. Your mate will be calculating ‘pot odds’ in his head all the time, just like one does for a ‘conventional’ bet.

Accumulators are the fucking pits for me. Absolute licence for gambling companies to print money. Think to yourself - why has this gambling company made it so easy for me to create one?

Went to a talk on gambling psychology once. Was absolutely fascinating. One of the key things is the design of gambling products, and accumulators are the absolute bullseye for it. The best gambling products (see fruit machines and scratchcards) are designed so that the participant doesn’t “lose”, they “nearly win”. I don’t think I’ve ever heard a mate go straight up “my accumulator lost”, it’s always “I’d have won 5 grand if Norwich hadn’t equalised” or similar. That’s how they work. Evil things they are but I guess their effects are softened by the fact most people can play them without breaking the “never gamble more than you can afford to lose” rule.

I worked in a bookies at the height of foot and mouth and that’s when the industry ramped up things like “virtual racing” - a repackage of a failed numbers game called Rapido, international racing, and FOBs on the basis that the majority of the punters are addicts and will bet on anything. We had to display leaflets from Gamcare and were supposed to have a word with people who got overwrought or spent all day there. Obviously that didn’t happen because if we refused a bet on that basis we’d get our heads kicked in.

When I first started there was still tax on bets at 9p in the £1 and we had punters who couldn’t write, but they could calculate the tax on a £4.25 bet with seconds to go before the off. We had to scan the bets through a microfilm camera and if there was a problem (like someone winning too much) the security team would come in and examine the film and interrogate us.

Each branch keeps a log of their big punters and we had to give them a nickname that we could use on the phone if they were at the counter. One branch was very po faced and called them things like “blue jacket” another branch got creative and called them things like “apple dapple face”. If you’re a big punter and your bet’s likely to win or you’ve won a lot recently, they won’t take it.

One of our branches, on Duke Street in Glasgow, got robbed five times in a year. Another branch, on the Gallowgate, had to permanently close the customer toilet because prostitutes were using it to see clients. Someone stole the toilet roll, hand soap, paper towels and toilet brush from a branch I was working in once. We had to keep the bog roll behind the counter and the punters had to ask for it.

I also worked with a lot of people who’d been in the industry when it was still illegal. They basically ran the bookies in exactly the same way, but inside pubs. It’s a horrible and very dodgy industry, founded by some vile people who are still integral to it. Anyone who tells you how much they’re up is neglecting to tell you how much they’ve lost because the system is rigged so that the punter never really wins.

This was a really interesting read, thanks for sharing.

I don’t think I’ve ever heard a mate go straight up “my accumulator lost”, it’s always “I’d have won 5 grand if Norwich hadn’t equalised” or similar.

it makes it so so enjoyable to repeat the experience

You see this is what I don’t understand because just thinking about accumulators for more than 5 seconds makes me fucking furious. Any thrill of participating in them is voided by this. But whatever works, of course. None of us should gamble, especially not through these companies, but many of us do at the end of the day.

Accumulators are almost exactly the same as buying a lottery ticket aren’t they? Spend small with a miniscule chance to win big.

I would guess that ‘Serious’ and even problem gamblers aren’t spending their money on 500/1 7 folds.

All gambling should probably be banned, but I enjoy it so I don’t want it to be. and pushing it underground might make it worse so idk tbh

Financially, yes. Psychologically, no. Plus playing the National Lottery isn’t simply going “take my money, please, I do not want it” to big gambling firms.

I’m sure someone has done analysis of problem gamblers, and I’m also sure that some of them are putting on huge numbers of small stakes big-potential-win accumulators.

This is before my time but I am always curious to hear how much worse it was in the days before I worked in the industry.