I am so excited lol.

Really sad that Siobhan McSweeney won’t be presenting cause she was really good and funny! Apparently broke her leg just before filming but she’s in some promo pics I’ve seen so maybe she’ll be back half way through or something?!

Glad Keith and Richard are still judging. I loved the progression of Richard to becoming a judge through the seasons. And Rose was a great replacement for Richard too! They’re all so lovely.

Now I know some basic stuff about pottery I can’t wait to view it from that perspective. Obviously I was always mega impressed in previous seasons but I feel I have a different appreciation for how insanely good the stuff they make is now.

Had genuinely forgotten who was presenting. Feels like there’s been quite a lot of musical chairs in those presenting jobs lately, can’t be long before Joe Lycett gets his turn at this one.

Not sure Kirsty Warm is right but we’ll see and I can break out my anecdote about her at some point, and annoy the gf by saying ‘I’ve met her’ at least once an episode

Thanks for posting this, love the Throwdown but seems really early in the year! Should help get us through the bleak early months!

The fuuuuck. I just assumed it was gonna be on HBO Max the same time it airs but there isn’t even a start date!! Ugh.

Always baffled why Johnny Vegas has never presented this seeing as he is actually a potter.

Really great telly. The overall standard of the final pieces seemed really high compared to start of previous series. Maybe I’m just a sucker for something with a bulbous eyes.

He did a guest appearance to set the mini challenge once. It probably works better to have hosts who don’t really know and can’t help except carry stuff. 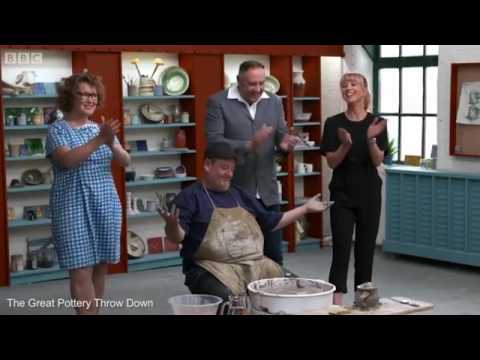 Ended up downloading it because I couldn’t wait. I want to keep watching along so it doesn’t get accidentally spoilt when it gets to the final (follow a few insta accounts that could) but then also want to wait cause it would be fun to watch along the same time the majority of the accounts (American) would be watching and even in the studio I use. It could even be fun to do the challenges they do weekly and see how people do. I guess I could always watch it twice…

I think I might give the milk bottle challenge a try. Need to pick up more clay though…

Standard of clocks wasn’t quite as high as week 1.

No one else watched this week yet?

I have watched it. I thought it was a really difficult challenge for week 2!

Watched it last night, great as always, seem like a GBOP. The right person went home I thought. Yeah, felt like a semi-final sort of challenge for the complexity.

I hope they don’t educate us about how glazes are unpredictable and different clay thicknesses might lead to explosions every week though. Maybe they always did and I’ve just forgotten!

So I gave the milk bottle challenge a go…

First went alright but I spent about 5 minutes on it, 2nd two I got a better groove and look sort of the same, enough that they wouldn’t get squashed and thrown in Keith’s bucket I think. But then I noticed the clock and panic set in just screwing me up entirely. Binned it and started another but ran out of time! 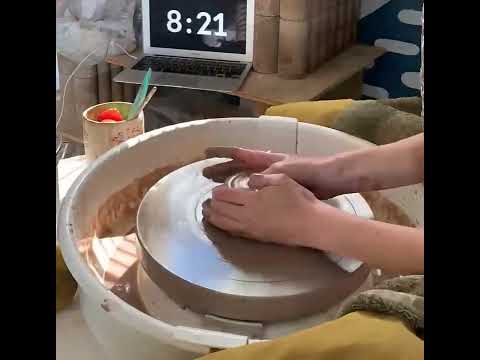 Another good episode, correct decisions of star potter and leaver which is quite rare

Late to this party but after youngest B enjoyed bake off so much we started watching - I just adore seeing Stoke on TV as it always has a special place in my heart, and kid has been learning about Josiah Wedgwood at school so it was good timing. Need to catch up on a couple of weeks and mentally adjust to the judge who is always crying!

They should have sacked Dom Joly off before the series even started to be honest, just for being annoying.