On a train right now and my arm rest is most definitely down, it’s just so much more comfortable.
Quick scan of the carriage and most other people have theirs up, so make of that what you will.

Don’t think I’ve been on a train with an armrest and had to sit next to a stranger tbh.

Put it down and use it anyway.

Have it down as a barrier, neither person touches the armrest or crosses the boundary. Neither passenger looks at each other or acknowledges the other in any way. I wish all other commuters didn’t exist, but they do, all we can do is keep ourselves to ourselves at all times.

Always leave it up, and I’ll raise the aisle one too. It discourages people from spreading from the aisle seat, plus I had tennis elbow for a while and it was agony having to press up against them.

No trains in Ireland.

That’s a flat out lie. I was watching Portillo doing his Tory train trip round Ireland only last week

Was on a train in Ireland a few months ago. No armrests.

There are no trains in Ireland.

You weren’t in Ireland.

I’m going to have to concede defeat you

Aye I was. Dublin to Greystones and back.

Ah, there we go. To anyone in Ireland that doesn’t live in Dublin there may as well be no rail network. It’s a national disgrace. I’ve gotten the train twice in thirty years.

Armrest should always be down on any form of transport to prevent passive touching from other passengers. This is also why I hate travelling in the back seat of a car.

They can have it, I don’t want any trouble

A ship!? Jesus, this needs expanding.

Put your hands on the train and get ready to die?

A ship!? Jesus, this needs expanding. 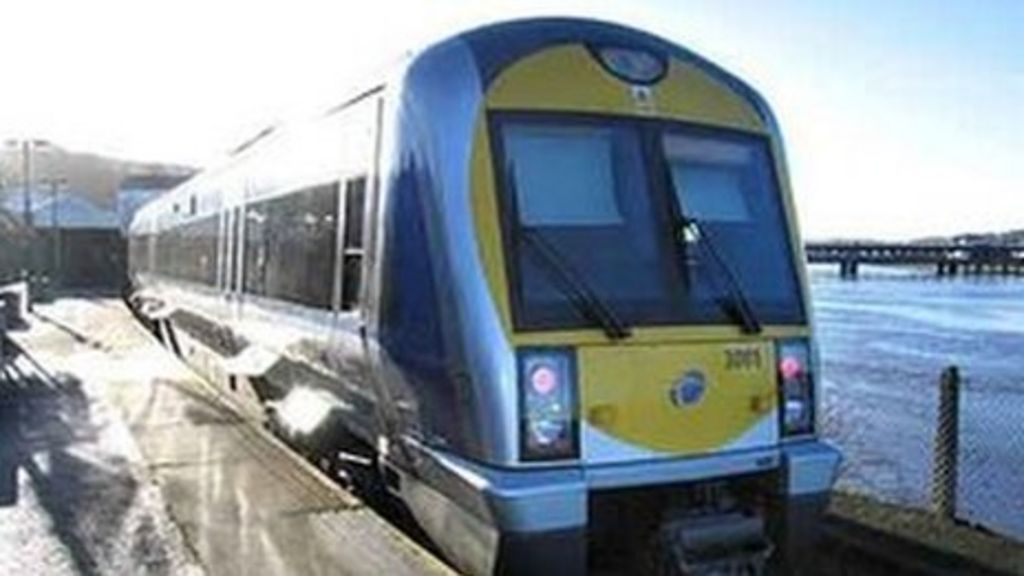 The Londonderry to Bellarena railway line, which was closed after a ship ran aground near the track, has now reopened.