I’m not a huge fan myself either but I’d prefer them to do things like this than maybe a watered down version of something they’ve done before. Hopefully it helps them to reach a new audience.

Hmm that wasnt good. 1st half sorta sounds like one of Jez’s tunes on Peep Show.

Ooh I really like this. I also really liked the first album at the time and haven’t really been that into anything they’ve done since Primary Colours. Excited to hear the rest of the EP!

I know them. I was best mates and in bands with Josh at school. They’re really nice lads and the first album was a laugh. Great to see them 15 years later still doing well.

‘Duke Of Burgundy’ OST was great, arguably the best record Faris has been involved in.

Defo Peter Strickland’s best for me. Watched ‘In Fabric’ last week. Had some good things about it but I hated it by the end.

Future of the Left?

Heard this on the radio, surprised to hear who it was by. Not bad for a track to let off steam to. Bit of Blanck Mass to it.

I was thinking of Blanck Mass too! 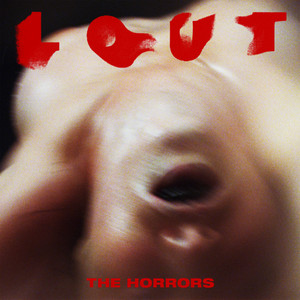 Hmm these aren’t really for me. I’m sure they had fun making them.

They’ve been away for 4 years. I really hope they’ve got their best stuff lined up for a new album. I agree. This isn’t their best by a long way.

Someone asked them on Insta if their next single would be lifted from the EP and the band replied saying no, next single will be new music.
This is good news.

Is the implication that this is non-album stuff? That would be my preference, but it would seem funny to kick off a roll-out with b-sides…

That is the inference I’ve certainly taken, yes.
I think them putting these tracks on an EP with Lout as a lead off single gives it the publicity they’re after but also separation from the new album to follow idc, which presumably isn’t exploring quite the same sound.

I haven’t liked much they’ve done since Primary Colours but I really enjoyed this EP, will definitely be interested to see how they follow it up.

Boring answer: this is what a lot of artists do nowadays because it’s better for streaming. New releases bump up your listeners, and so those are good tipping points to announce a new album from.

In the future we’ll be seeing a lot of ‘lead-in’ EPs and singles and one-off stuff before an album campaign is even hinted at or announced.

Interesting - I’m always fascinated by peripheral EPs/non album singles surrounding albums, even if I don’t like the songs involved it can shed light on the process, so fine by me.