Thanks to some dozy US Congressman (Republican presumably, given it was in my Twitter TL) I only just learned that the Immaculate Conception was Mary’s conception and nothing to do with Jesus’s virgin birth. 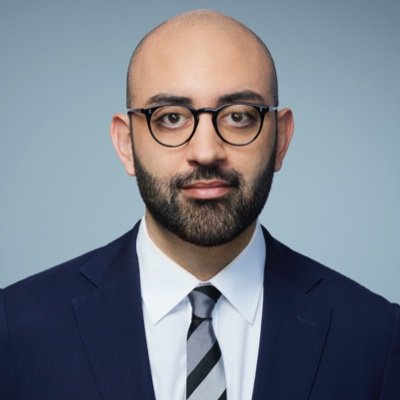 @oliverdarcy
“If you’re going to make an analogy at least know what you’re talking about.” Oof. This clip. snappytv.com/tc/6918770

This is probably up there with @ma0sm’s thread about Cat Stevens and Cat’s in the Cradle.

The Mandela Effect is a collective misremembering of a fact or event. I literally just discovered that not only did Cat Stevens not write Cat’s In The Cradle, but literally never even covered it. My opinion had less credibility than thinking it was an Ugly Kid Joe song. Still taking all this in, the person who informed me of the truth said he’s had to explain this multiple times. What the fuck. Not even sure where the memory came from where I was so sure he did the original. Wasn’t even a may…

as something I’m guessing lots of people assume. Or maybe it’s just atheists like me who’ve never read a bible nor studied theological stuff.

Anyway, here’s another thread for stuff you recently learned.

a common misconception is that roy orbison was blind. he wasn’t.

unfortunately I didn’t just learn this, so don’t think it qualifies for this thread but I was thinking about it earlier today when one of his songs was on the radio. remember having an argument about it with my dad.

can’t get that video to play btw

Twitter videos almost never play in Chrome for me. I always have to cut and paste the link into Firefox.

(I get grumpy when it turns out to be something shit.)

You know now you say that I’m sure I did think Roy Orbison might have been blind? It must have been those shots where his sunglasses looked very black and their use on best ofs Maybe in part because Stevie Wonder made me think dark sunglasses == blindness.

This is probably up there with @ma0sm’s thread about Cat Stevens and Cat’s in the Cradle.

Whoa, I’m sure I have an actual memory of putting a Cat Stevens record on and listening to this as a kid. Maybe it’s because it’s similar to Father and Son and the Cat thing.

You know what? I didn’t know that about the immaculate conception. Outside of the Catholic church there is far less of an emphasis on Mary (she might get a mention around Christmas time but the focus is on Jesus).

I feel less of an idiot now. Thank you

I’d have to say The Best of Madonna.

Immaculate conception is very much a Catholic thing, and like many Catholic things has no mention in the bible. Was one of those ‘let women have something nice’ things left over from paganism, which ye ol’ protestant MRAs got rid of

I think it was danielkelly who taught us this (the immaculate conception stuff) on the old boards.

Do you want another good one? Glasgow and Edinburgh are both closer to New Zealand than London…

Just googled this - makes no sense to me at all

I did know that. I looked it up once after thinking it a bit strange it’s in early December – so close to Christmas

I discovered this myself by accident when looking up potential flights. It still freaks my nut out to this day…

Should do ferries from Scotland to NZ

Curvature of the Earth innit. Need a piece of string and a globe…