It’s the hope that kills you but fingers crossed for some genuine change.

even typing ‘swing towards left parties’ seems so, so weird.

Keeping my fingers crossed for you guys

I should definitely know way more about this than I do…

I have some reservations about Sinn Fein personally, not because of the ‘derp terrorists’ stuff but i think there’s some areas where their manifesto is way too vague (they are very weak** on animal welfare, which is a serious problem in Ireland). But I’d still be delighted to see them be the main success story of the election as anything is better than the status quo. The main GBOL for me are the Social Democrats, terrible name but really, seriously impressive manifesto with lots of practical ideas. Unfortunately they have a relatively small candidate pool, mainly in urban areas so hopefully they can keep building.

Ignoramus question: what is the government currently? Sorry, I should probably just read a Wikipedia entry, but yeah - in general all I know is that FG and FF are proper third-way, John Jackson / Jack Johnson parties who love low taxes.

Fine Gael, who are by some degrees the worst of all - just a horrible, borderline Thatcherite party with a leader that lacks any empathy for the most vulnerable in society. That doesn’t really come across to the international media, who see him as a Trudeau-esque figure.

He definitely comes across like Trudeau, but not in a good way.

This is an extraordinary state of affairs. A dead heat between the big three. But because SF has ran far less candidates, it will suffer a seat deficit. however, it's transfers may have a determinative effect elseshere.
cutthelights 8 February 2020 22:06 #11

Second,third/etc preferences could really play into this, there was lots of emphasis on voting left throughout your preferences, just hope people acted on it.

WhTs the deal with the candidates thing? I see even FF/FG only stand in about 2/3rds of the seats…

Let’s all move to Ireland/Scotland/Iowa

RTE player is working for me 90 seconds at a time, great thanks

oh no it doesn’t work at the best of times

Worth pointing out that the left is very, very fractured in Ireland. SF still seen as a pariah by many, so it’s difficult to see how they form a coalition. 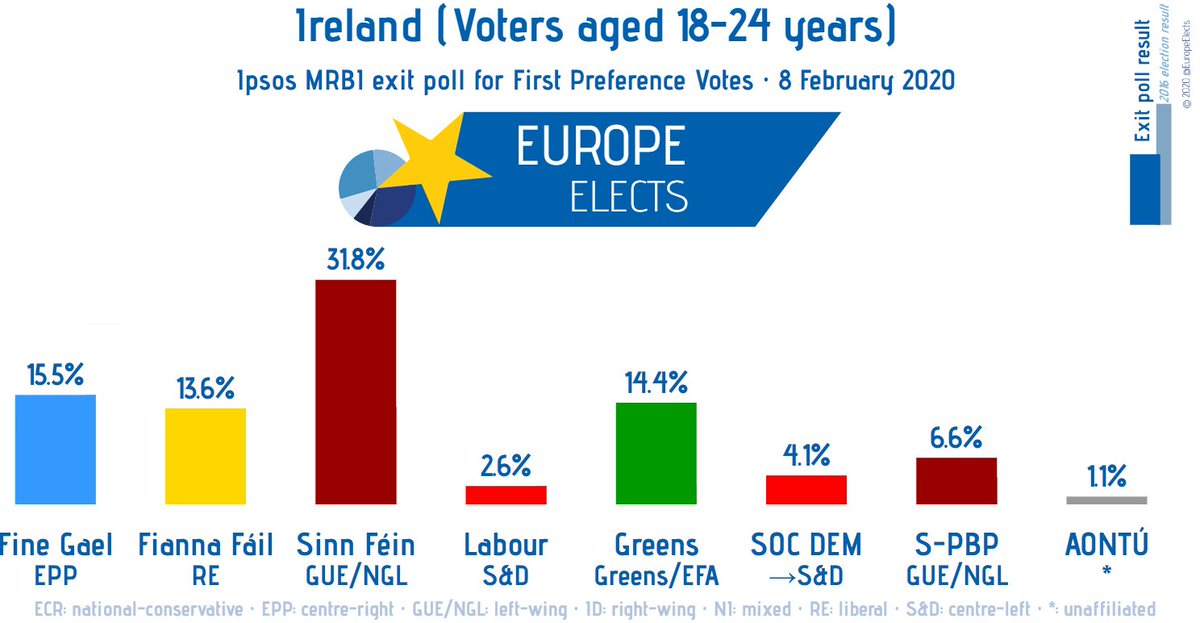