The jogger who knocked a woman over

Absolutely insane - when you watch it, he really does seem to deliberately alter his path to barge into her. And he doesn’t even look back! Apparently he then ran back 15 minutes later and ignored all the commotion he caused. Anyway, a suspect has been arrested now.

It’s still a proper sucks air through teeth moment when the bus swerves, even after seeing it like 20 times or whatever.

A jogger properly barged into me on London Bridge a while back. It’s only that I was a tad more bulky than him that I was able to stand my ground. He then accused ME of pushing HIM into the traffic. They’re quite a nuisance in certain parts of town. Joggernaughts, I call 'em.

Should’ve pushed him in front of a bike

The world would be a much better place

If I walk to work by the canal, I’m always getting angry joggers and cyclists near-missing me.

A public walkway at rush hour isn’t a place for your personal best, you selfish cocks.

Got to say, as awful as this incident was, this column it’s produced is probably worse: 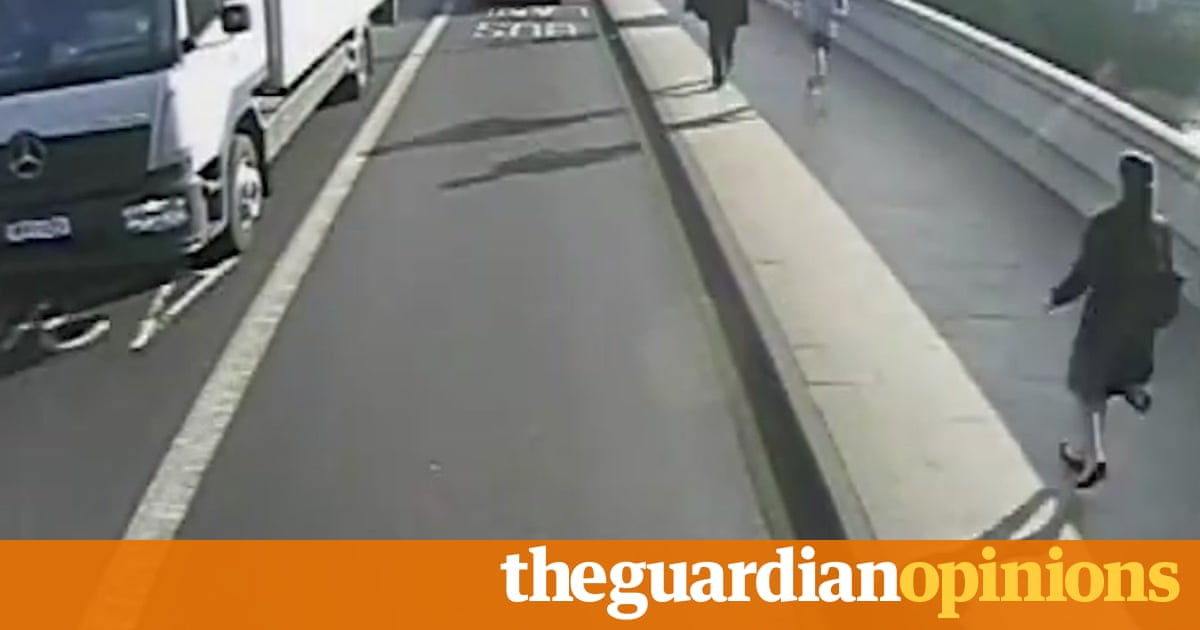 The barging jogger is just one example of the hell of urban pavements | Michele...

A public walkway at rush hour isn’t a place for your personal best, you selfish cocks.

As always with any pedestrian issues, this would all be solved if people just fucking kept left and looked where they were fucking going.

Nah, they’re often travelling in the same direction, so that wouldn’t help.

The only solution is to punch all morning joggers and cyclists in the throat.

whats he been charged with?

When travelling in the same direction and moving faster than the person in front of you (when jogging or when walking) you simply overtake in the right hand lane when it is safe to do so as you would in a car.

you ever tried to wave hello to someone jogging past you in the opposite direction? nothing but blanks 100% of the time. dickheads.

That’s not going to wash with someone who’s got to share the mapmyrun/strava deets on facebook later that morning.

“I am old and everything about life is shit. Things were better in the old days. Why?!”

i.e sidle out of the store gingerly, embrace the margin