Let’s all speculate wildly about this. 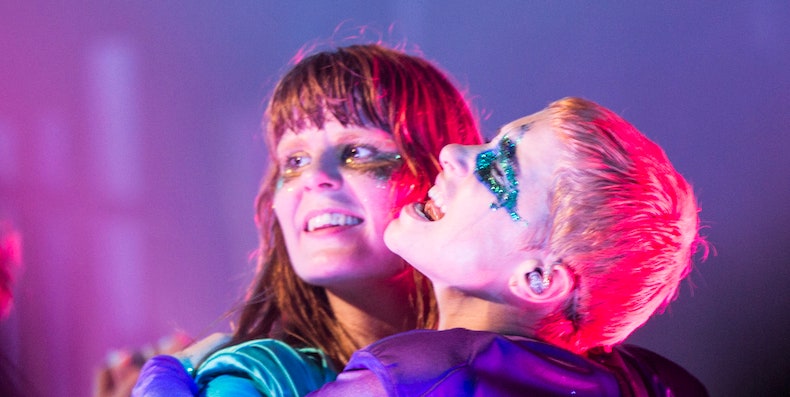 oh my god. hopefully it’s a record and not an exercise video.

I really don’t want to get my hopes up. It’s probably nothing, right?

Those Shaking the Habitual shows at the Roundhouse were ridiculously bad. Still love The Knife mind.

they did sound like they were finished, but nothing would surprise me and i will happily take another album!

I really enjoyed the last album that everyone else seemed to be down on.

One of the tracks was used at the end of Episode 9 of Handmaid’s Tale and it reminded me how much I liked it.

I keep coming back to it quite a lot. There’s a lot to like on there.

Loved ‘Shaking The Habitual’ and thought the live show from that tour was great. One of the weirdest things I’ve ever seen.

I think it’s their best album, and one of the best of the decade so far, something about the way it kind of creaks and groans that I find really appealing.

I find Shaking the Habitual an album easier to admire than to love, but Full of Fire is amazing

Maybe it was a combination of initially people being unsure and that bad reception of their ‘live’ shows at the time that made me think people weren’t into Shaking the Habitual, then?

It’s awesome. Not something you can throw on every day but if you give yourself over to the whole thing it’s amazing. ‘old dreams’ is so good.

It definitely did get a mixed (if not hostile) reception at the time, not sure if the consensus has changed over the last few years.

Shaking the Habitual is the best album in history

Nope. Silent shout is the best album in history (by the knife).

they divided so many people with those shows, I admire them for that.

It was just bizarre. I’ve never been to a ‘gig’ quite like it. Think I was done when one of the dancers stopped to overdramatically mime the melodica bit in Raging Lung.

Edit: you would’ve absolutely hated it.

i don’t tend to go to shows of electronic music i like coz it tends to be boring live, but that sounded like my actual idea of hell