The Life of Riley

Lisa Jane Riley (born 13 July 1976)[1] is an English actress and television presenter. Riley portrayed Mandy Dingle in the ITV soap opera Emmerdale between 1995 and 2001, and again from 2019. She also replaced Jeremy Beadle as the presenter of You’ve Been Framed! between 1998 and 2002. She was also a contestant on the tenth series of Strictly Come Dancing, and a panellist on the ITV daytime series Loose Women. 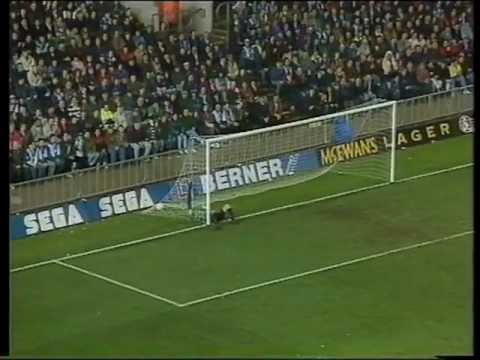 Nayim from the halfway line!

Probably just because I was really young at the time and if I watched clips I’d recognise this was stupid, but I’d have had her down as 46 or in that region when she was doing You’ve Been Framed. In reality must been comfortably younger than I am now.

One of my favourite seasons. Le Tiss was on fire for 18 months including that season. Theres at least 5 other worldies that didnt make the 10 contenders for that GOTS that were good enough.

And the two seasons where the GOTS was soundtracked by Lightning Seeds snd Boo Radleys was poetry. And such a fun time as a fan before the superpowers really took all the fun away.

That Nayim goal… its just a hit and hope…but what makes it so perfect is the way Seaman collapses into the goal and that the ball rebounds and stops in front of him on the goal line. Goal poetry.

The (criminal) Life of Ripley