They’ve never really got close to their 90s stuff (though I like i and Distortion), but next year there’s a new album and they’ve put out five of the fifty (!) songs from it: 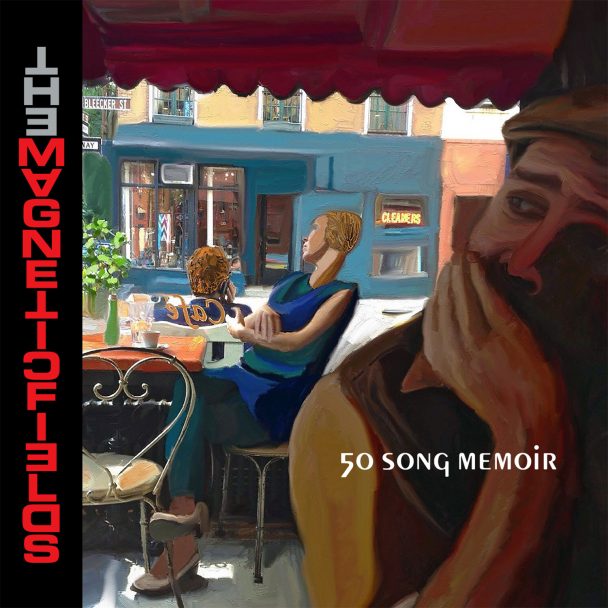 The Magnetic Fields are good at gimmicks. To date, the finest moment from Stephin Merritt's endlessly sharp indie-pop project has been the 1999 triple-disc set 69 Love Songs. And next year, they'll seek to outdo it with a massive five-CD album called...

Out in march! Hope its good

Oh man it’s going to be good. 69 love songs comes within an inch of being in my atd top 10. Don’t really understand why they’re not fucking massive in a world where people go ape for The National and bands that basically copy them but are worse.
Also

The whole of Holiday is pretty much perfect. Love the Susan Anway version of Take Ecstasy With Me too,

Looking forward to this! Really love everything up to and including 69 Love Songs.

Charm of the Highway Strip, Holiday, Get Lost, and 69 Love Songs is a ridiculous run of albums. The first 6ths album is well worth a listen if you like that period of Magnetic Fields.

Because their songs aren’t as good

those five songs are okay, better than i was expecting but not as good as i was hoping…

I’m not sure about this being a 5 disc album though, as someone who actually still buys CDs that’s just going to be irritating

First 2 songs on the ep are good I think, rest are kinda ehh

Did someone go to Magnetic Fields’ first two gigs (North Adams and Brooklyn)?

OMG finally somewhere where people know the band! This is one of my favorite bands ever. I love songs like “Why I Cry” and “All the Umbrellas in London”

Not here to debate the relative merits of The National vs Magnetic Fields but they sound poles apart (pun intended) and I would never accuse one of ripping off another.

Saw this was coming out and, as I’ve bought everything Stephin’s put out as soon as its available since 69LS, I went to preorder it.

The CD appears to be £29.99 in my local independent record store, which is still quite dear. I suppose the best way to think of it is as five separate albums at £6 each, which makes it slightly better value.
Thing is, the 50 songs would have easily fit on two CDs, which would have saved a lot of money and faff.
Favourite early song is When You Were My Baby, I sometimes think they’ve never topped it

£30 (the Amazon price) for five CDs isn’t too bad. Admittedly they could have fit the whole album onto 2 CDs…

they could have fit the whole album onto 2 CDs