NASA don’t want people flying over the original moon landing sites because it might make a mess, apparently. 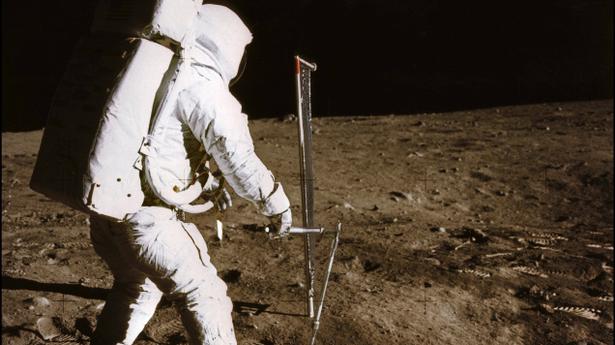 Moon to have no-fly zones by month end

No-fly zones will come into effect on the moon for the very first time by the end of this month! Why, even buffer zones that spacecraft may have to avoid will come into existence. The reason: avoiding

Also, they’ve lost the original tapes, but don’t worry, Hollywood has helped them restore and update some other footage. 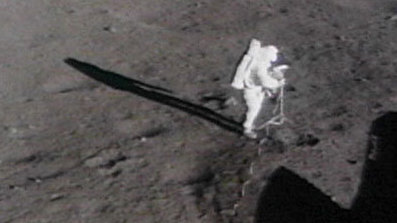 Houston, We Erased The Apollo 11 Tapes

After failing to find the originals, NASA refurbished the existing footage with help from Hollywood.

I mean, my grandma gets me confused with her son who died in 1985. Not too sure about that. She probably doesn’t even know about the moon landings

I’m guessing that if NASA wanted to stop people looking for the non-existent ascent stage of the Apollo 11 Eagle then they’d try to impose a buffer of a bit more than 75m away from the site for people going to take a look.

Bit of a missed trick really. If they let them go there they could put the flag back up again after they blew it over taking off.

Is the moon real at all?

Love that my fake comment was liked by @drspaceman

The biggest indicator that the moon landings were real is that the USSR didn’t call them as fake at the time.

Made of cheese, so it must be

Didn’t want to call attention to their own dubious “space programme”. Don’t want everyone banging on about the lost cosmonauts.

One of those conspiracy theories that would actually make sense given the context of the cold war space race etc, and would be a better idea to just to fake them than actually bothering to go to the moon, but reckon they definitely did it and look how shit it was! #fuckthemoon #kubrickdidit

Moon landing, wider than a mile
I’m faking you in style some day

Musk should probably have prodded that car he sent up there so it would crash into the moon eventually so he could claim the first celebrity car crash in lunar history.

The man knows how to keep a secret

Oh it’s real. And it will not stop until it destroys us all.