I think they’re useful inasmuch as they put pressure on Labour’s left flank, although it’s impossible to see the party do anything but continue leaning rightwards with the current mob in charge. It’s clearly a meme movement that was born out of winding up dullards online though, and my main worry is that such a flimsy concept will further delegitimise the left if it gets squished at the ballot box. The idiots in this country vote in huge numbers for whatever soapbox racer Farage is currently in though so who knows.

My taxes say you’re wrong - and I’m happy that they do.

So depressed by the existence of this party, and I can absolutely tell its gonna be more than just a passing fad.

It’s such an obviously bad and stupid idea to set this up that it might as well have been invented by Lord Ashcroft and funded by a bunch of hedge fund managers. The fact its actual ‘socialists’ who have come up with this is… Too stupid for words

Never met a northerner that genuinely wanted independence - what people want is for London to be decentralised, so more opportunities are created elsewhere. If this was a pressure party campaigning for that, I would maybe be into it.

But as it is, asking for an independent state? That’s just a joke and completely at odds with the serious issues places like Hartlepool are facing. I think they are also reinforcing false stereotypes that people in the North are hard up, and everyone in London is rich. When there are a lot of rich Northeners (who all vote Tory) and there are people in London who live in poverty. There’s a lot more to it than that, but what I’m getting at is that this lot just want to reduce things down to alarmingly basic ideas.

Looking at their Twitter and they’re aiming to be the party of “epic dunks” I guess. It’s all focussed on attacking Labour and not the Tories, and I find it really cringe:

Don’t see this as being much different from Change UK tbh. Totally disingenuous.

Where’s the Midlands party is what I’m asking 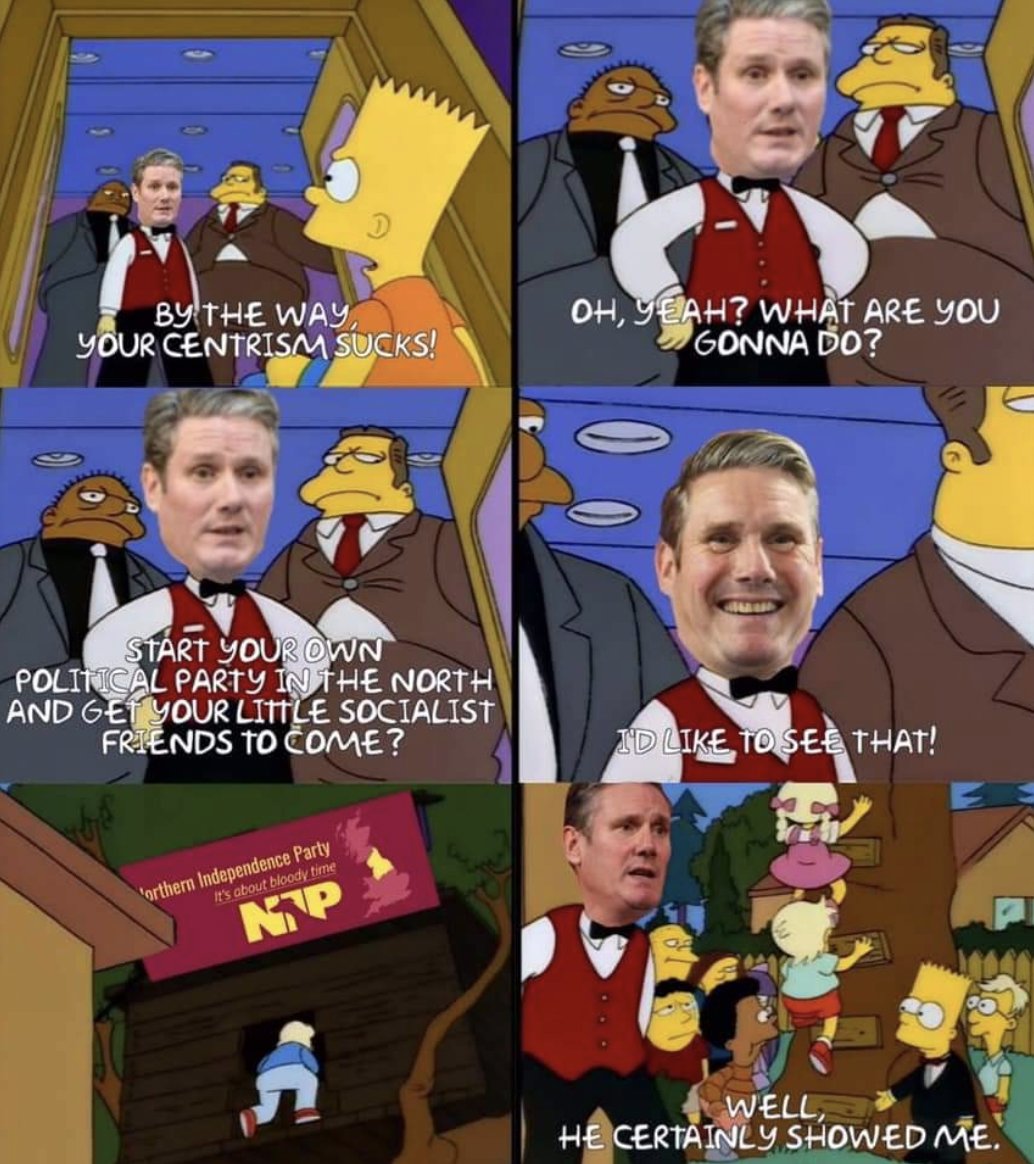 So this party is like a cautionary tale about being too online? Log off once in a while or this is how you end up. Cringe.

The Northern Independence Party (NIP) will not be appearing on the ballot in Hartlepool, as their application was rejected as "incomplete" by the Electoral Commission on 2 March. Instead, Thelma Walker will appear on the ballot as an independent. twitter.com/BritainElects/…

Can’t get more independent than that

Someone sort this out cba on my phone. You get the idea