Think the Seahawks might go for him. Would be a good fit IMO

Is the team chaplain still the gm?

P.S. can someone hit me up with a dummies guide to how salary caps/cap space/free agency all works as it’s something i’ve never really got my head around and it’s probably time I made sense of it more.

Nick Caserio is going to be stockpiling former Pats by the boatload.

Surpised that we didn’t get anything out of him in a trade, but it sounds like he asked to be released, presumably so he can choose to go to a Superbowl contender. And who can blame him really, he’s wasted the prime years of his career (at least in terms of titles if not financially) playing in the swamp. I hope he gets to go somewhere where he can experience a deep playoff run because he deserves it.

I wonder how much he has left in the tank, over the last 2 years he hasn’t dominated like before but that could be as much down to us having a bunch of ineffectual pandas across the rest of the d-line (meaning he was double-teamed on 99% of plays) as much as it was father time catching up with him and a decline in his abilities.

Honestly wonder what Casiero and Culley think about the situation they’ve walked into. Obviously a promotion is a promotion and those chances are so rare you’d have to be pretty gutsy to decline in the hope of waiting for the offer from a more competent franchise. But they must know that the odds are overwhelmingly stacked in favour of them being booted out in 3 years time max with a huge black mark on their resumes. It’s not impossible that they’re both really talented and manage to raise the Titanic as they used to say about Marvin Lewis (in particular I think in any other situation Casiero would be viewed as an intriguing hire). But I doubt even their mothers would dare to put a tenner on it happening as things stand.

I guess strictly speaking Casiero didn’t know about the clusterfuck with Watson that would be unleashed until he actually signed on the dotted line.

He’s married to Kealia Ohai. A mid west move might be likely.

Would be hilarious if Watt went to Tennessee. Could happen too - with an improved defence they’re SB calibre and they desperately need pass rushers

Hard to say what their defense will look like next season but I think Green Bay would be a perfect fit for him. He’s a native Wisconsinite and Green Bay are certainly going to compete next year.

Yep, GB and Seattle are the kind of obvious frontrunners. Mad bants option would be the Titans just to really stick the dagger in Cal (deservedly).

Down the road from Chicago too

@AdamSchefter
The Pouncey twins, Mike and Maurkice, are retiring together, per @RamonFoster. https://t.co/8HvQWaq3yQ 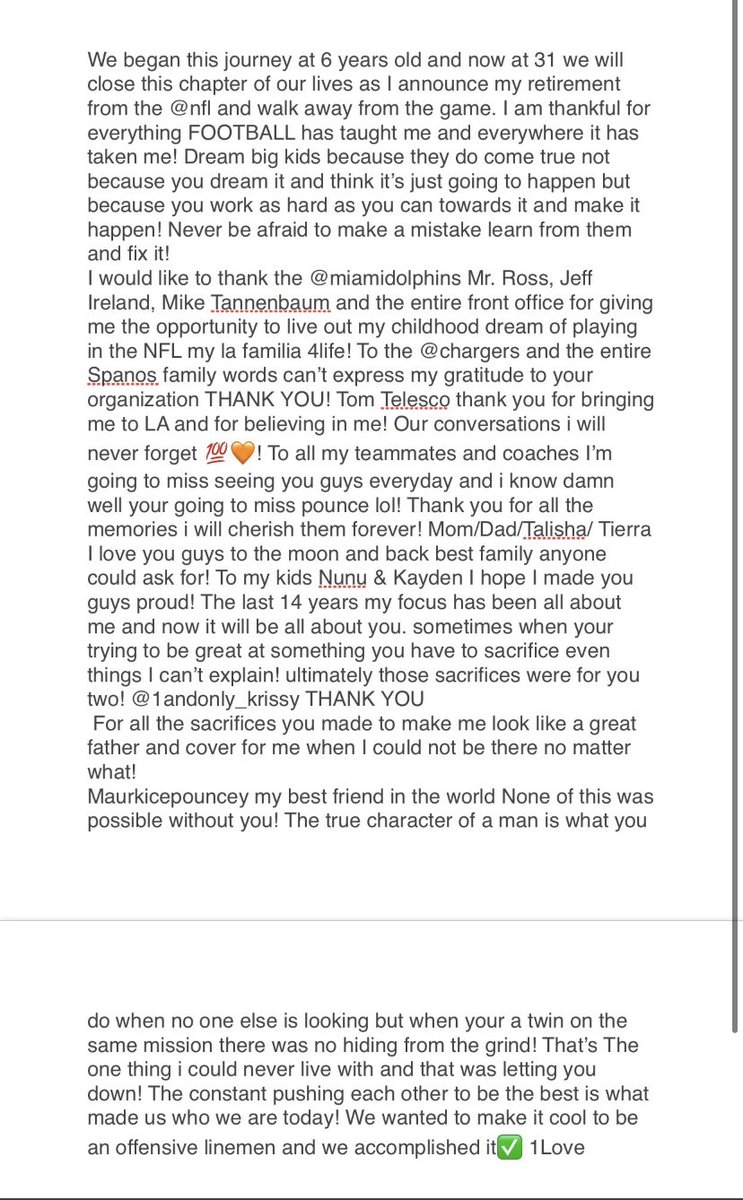 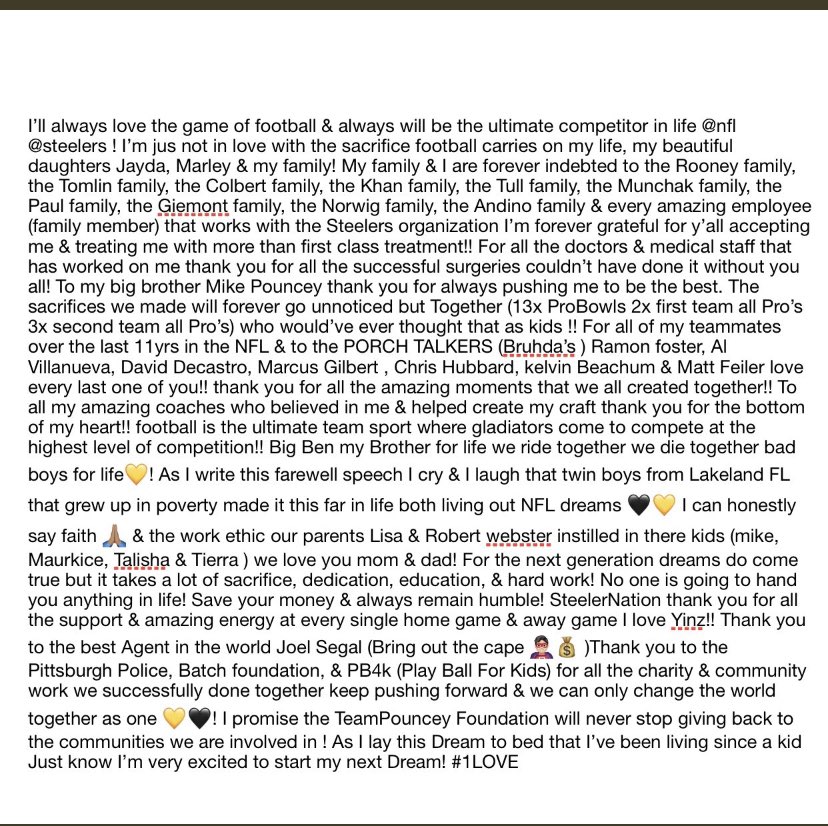 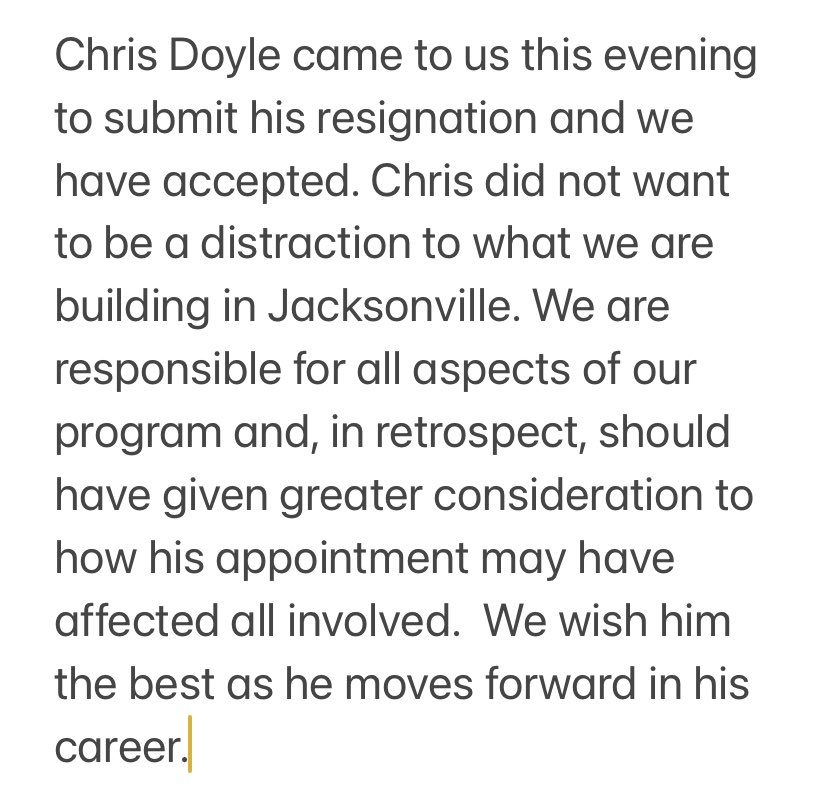 Things off to a great start in Jacksonville

What a daft hire, so unnecessary. Strong Trump vibes from his original statement. Trouble is, that only worked for one guy, even then results were mixed.

I’ve known him. I’ve studied him. We’ve had a relationship. I vetted him thoroughly, along with our general manager [Trent Baalke] and owner [Shad Khan]. Feel great about the hire, about his expertise at that position. So we vetted him thoroughly. Sports performance is going to be a high, high priority. As it really in the last probably 10 years, certainly at Ohio State, that became if not the most important – you know my relationship with Coach [Mickey] Marotti at Ohio State – but this whole from strength training room, physical therapy, sports psychology, and nutrition all falls under the sports performance team umbrella. And I wanted to get the best of the best."

Meyer said he had no reservations based on what transpired at Iowa.

“I vet everyone on our staff,” he said. “And like I said, the relationship goes back close to 20 years, and a lot of hard questions asked. A lot of vetting involved with all of our staff. We did a very good job vetting that one.”

Sports performance is going to be a high, high priority.

Tbh in a week after Antonio Brown and Tyreek Hill played in the Superbowl with little fuss he probably thought he could just trot out this line and ride out any initial outrage until everyone forgot.

We can’t be hanging out in the Superbowl thread forever guys. Contemporise! Fill this thread with off-season moves, draft chat, crime updates, examples of how forward thinking and progressive the NFL is, and laughing at the Texans. Sorry AJ.