Not even exploiting the poorest in society. Cos the poorest ain’t committing to a tenner a month subscription.

Used to work as a debt adviser and sadly this isn’t true. There is almost a kind of perverse logic in it I suppose - people who are behind on their bills and can’t make even minimum payments on their debts and so think ‘might as well rack up some more debt for the (remote) chance of being able to escape it’.

Yeah, no doubting there’ll be many many people in that scenario. Totally get it. There’s an absolutely perilous mentality that can take over when you tip from being in the black to being in the red. I’ve been there.

Win a house that’s bigger than you can afford to run, in a place miles away from your job.

With liberal mentions of being a charitable/fundraising thing at the same time.

Gives off a rank stench (while apparently being legit enough to satisfy advertising standards).

Something’s not quite right about it. Fucked if I’m reading the small print to find out what, though.

Gonna presume Omaze offer to buy the home off the winner at a price which is waaay less than the advertised ‘value’, but high enough to convince the winner not to bother with putting it on the open market, whilst also being low enough to add a significant wedge to the Omaze takings at the end of it all.

Still can’t believe they named their notionally aspirational money thing after a tabloid headline about how NHS services were massively, unfairly under-funded depending on which part of the country you lived.

“I won the Postcode Lottery!”
“What, you got a million quid?”
“No, I live in a marginal constituency so our local GP practise actually gets some money for basic services, score!”

Refuse to believe those are not a scam that they’ve somehow managed to get advertised on TV.

tho it was social media rather than tv) and then immediately had my doubts.

They say the house in the draw I entered is worth £3m but I don’t think you’d get that for it on the open market. A house on their draw last year had flood problems apparently and iirc it was similar with the current house.

But ultimately, if I win then no doubt I could sell it at a vast discount to someone and still trouser a million quid. So I’m not too worried.

Also worth noting that they give you £20k if you win so that you can cover bills etc. for at least a year rather than winning and immediately going into council tax debt.

But what I really want to know is how much ticket income they receive vs how much goes to the charities they shout about supporting. 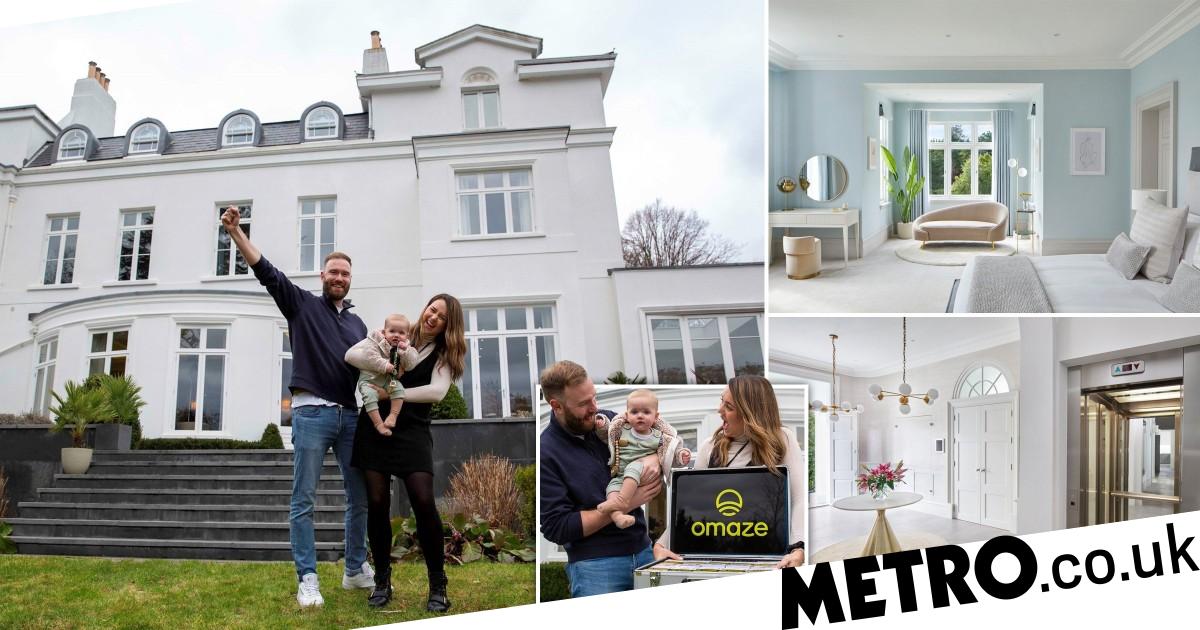 Becca has also been given £20,000 in cash to help her and her family settle in.

Here is says they gave £500k to Cancer Research UK. If what they’re doing is legal, then for CRUK it’s not like they’ll turn down half a million quid. But how much income is being turned over in total and what running costs are Omaze using?

It’s like those contests I see advertised on YouTube - win a Bugatti Chiron! Win an Audi RSQ6!

But. The car’s ridiculous, useless as a car, and only really lusted after by total wankers, so what are they really winning?

Are these kinds of things regulated?

…for CRUK it’s not like they’ll turn down half a million quid. But how much income is being turned over in total…

Yeah, for charities having this dangled in front of them, it’s gonna be difficult to turn down. Just a question of whether a particular charity has particular qualms about the Omaze business model. I suppose charities do all sorts of fundraising promotions, with varying degrees of outsourcing going on. Chuggers are a emblematic of the need/temptation for a charity to hustle, I guess.

Can’t recall seeing one for a few years, but the supercar raffle thing used to be fairly common in shopping centres, didn’t it?

Another victim of the shift to everything being online.

also it occurs to me that I haven’t been in our local shopping centre in two years.

Something for a different thread but I went somewhere the other day and in my head it had been maybe 6 months since I’d been but then I realised actually it was before Covid so was actually at least 2 years.

My Aunty in Devon won over 100k on the postcode lottery a few years back. so it defintiely exists, but no idea how it works.

My mum does it and seems to win every few months. The grand total of a tenner every time.

I used to work in fundraising (for the best part of a decade and a half) at some pretty big charities, including running some of the raffle/lottery stuff for them.

I remember when Omaze first came to the UK (they’re a US company) a number of years back and were approaching a few of the big charities to see if they wanted to partner with them. At the time their focus was more on being able to win money-can’t-buy experiences, so things like meeting celebrities and getting tickets to private gigs or movie premieres rather than houses and cars.

We passed on it at the time not because it seemed dodgy, but because we were testing other things, and there’s only so much you can do at any one time.

Interestingly the US site still seems to have a mix of things from winning houses and cars through to meeting celebrities, whereas the thing that’s stuck in the UK is the houses. Guess that speaks to the UK’s obsession with the housing market!

Key thing is that although the charity angle is pushed quite hard in their advertising, it’s not a charity raffle/lottery (those tend to be operated by charities themselves) but a for-profit raffle that takes a percentage of the ticket price for themselves (between 12% and 20% they say) and also gives a percentage - I assume with a minimum guaranteed financial amount - to the charity they’ve partnered with for each contest.

Whether you agree with it on a moral basis is one thing but they are a legit company and it’s all completely legal and above board, and regulated by the Gambling Commission. Apparently they’ve raised $150m for charities to date, so it seems to be working.

As an aside, this term

was created by the right wing media as part of a wider narrative to disparage and discredit charities, so better to avoid using it if possible. Same thing as the claim that loads of people working in charities are fat-cats sucking up all the money and stopping it from getting to the cause.

I can’t claim to know the ins and outs of the origins of the term chuggers, but I think the reason it’s stuck in the minds of people is because it’s such an apt portmanteau, bearing in mind how persistent (being generous) or somewhat aggressive (being less generous) on street reps certainly were when they first came into the scene. To be fair, they do seem to have reigned it in somewhat since then.

Yeah, that’s fair. Street fundraising was pretty unregulated when it first started, and I think there was a lot of commission-based stuff, which probably leant itself to people being quite aggressive. It’s a lot more regulated and professionalised now though, and with that the standards of behaviour have improved too. No doubt still some crappy examples out there.

I’ve been out of the sector for a good few years now, but I still get massively irritable about stuff like ‘chuggers’ and people saying ‘charities should just be run by retired volunteers’

‘charities should just be run by retired volunteers’

Definitely get the vibe that these are almost exclusively to do with assuaging guilt rather than genuine concern about administration procedures and running costs.

“Charity begins at home, and anyway they pay themselves really big salaries and none of the money actually gets there and I heard that they won’t even talk about Christmas because they don’t want to offend the woke crowd and…” etc etc.