There’s a facebook campaign going on to get them back together, I really loved them back in the day. En-Tact is a fantastic album and really stands the test of time in the world of electronic music. Boss Drum is a bit cheesey in places but still has it’s moments. Axis Mutatis / Arbor Bona Arbor Mala is ok, love the ambient second part more than the first half… One of my favourite tunes is Re-evolution with Terence Mckenna spoken word vocal, it reminds me of many a psychadelic evening as a teenager. Anyway. I don’t expect much from this thread but share your Shamen thoughts / favourites / memories.

With delivery smooth like water from a fountain thats why I can move any mountain.

I thought they might have a bit of a renaissance after the Glasgow 2014 opening ceremony used Move Any Mountain, but nothing seemed to come of it. It amuses me that they’re from Aberdeen, for some reason.

Loved En-Tact. Grew up in the heartland of outdoor illegal raves but was slightly too young to get involved unfortunately. One of mates had an older brother though who would source us endless bootleg cassettes and En-Tact soundtracked a lot of my growing up years (when I wasn’t listening to metal).

Thought that they had got a bit silly by the time Boss Drum came out, mainly due to the presence of Mr C, but there’s no denying that they still had some catchy tunes. And let’s face it, Ebeneezer Good has got to be one of the most fuck funny number one singles of all time.

Sad that Will Sinn died just when it was blowing up for them.

they dialled it down again a bit after Boss Drum. In fact One little indian didn’t like Axis Mutatis / Arbor Bona Arbor Mala and fucked them over a bit. the result of which was

“The Shamen continued recording into the late 1990s, releasing two additional LPs with an increasingly experimental bent. Their penultimate studio album, the instrumental Hempton Manor, followed an acrimonious split with their label One Little Indian. It is alleged to have been recorded in seven days to conclude the recording contract with One Little Indian, and the first letter of each track spells out “Fuck Birket”, referring to label founder Derek Birket, who wanted the group to move back into more commercial territory”

No one else have love for The Shamen ? at least it wasn’t a zero reply thread 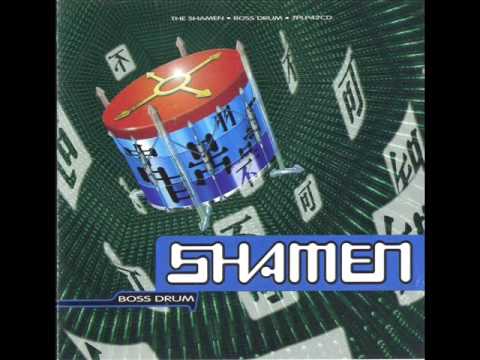