As a moody teenager who insisted they only liked guitar music, I missed out on The Streets when they first got big - but I’ve been listening to Original Pirate Material this week (think a random tweet prompted me to give it a go), and I really like it, love the beats and samples, and the lyrics are sometimes a bit much, but often funny. Is OPM his / their best album? What else is worth a listen?

A Grand Don’t Come For Free has some good stuff on it, haven’t listened to it in years though. The concept stuff of that album is a bit laboured at times, but Blinded By the Lights is great.

I never really got into any of the later albums, bar a track or two.

Rinsed the first two albums when they came out (so another vote for A Grand Don’t Come For Free here) but then fell out of love with them for some reason. Caught them live a couple of times - great fun

First two albums are great (Empty Cans is one of my favourite ever final tracks)
Third album is pretty ropey (Never Went to Church apart)
Final two albums are ok, though nowhere near those first two

Original Pirate Material is one of those classic cases of it being simply impossible to explain to someone what it was like when it first came out and why it was so impressive and a tiny bit of a game changer. You can’t explain it as it has, mostly, aged poorly.

But by god I swore by that first record for years after. Only listened to Computers and Blues recently, but it was massive diminishing returns after OPM.

Funnily enough I had a look on Spotify the other day to see if his catalogue was on there, and I think he’s got another album out soon.

Grand Don’t Come For Free is one of my fav concept albums, think it’s got a really clear narrative and some great tracks to back it up. Dry Your Eyes is really good no matter how overplayed it was, and Blinded by the Lights is a stunner.

Original Pirate Material is one of those classic cases of it being simply impossible to explain to someone what it was like when it first came out and why it was so impressive and a tiny bit of a game changer. You can’t explain it as it has, mostly, aged poorly.

I didn’t like any of his other stuff, aside from the EP he did straight after that album. I just think that album captured a sound/time really nicely. Sort of a mash up of early 2000s UK hip hop, grime, pirate radio. I don’t think it’s aged badly. But if you were to come to it totally fresh in 2018 I can see how it wouldn’t really make sense.

This is that EP - All Got Our Runnins 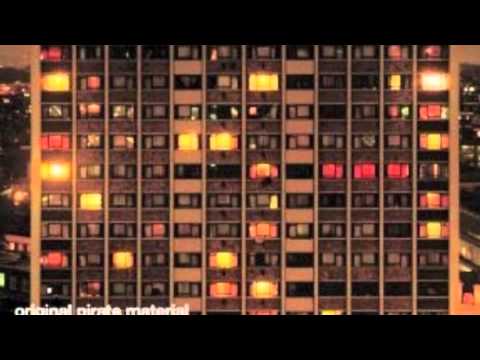 I think All Goes Out the Window from the third is pretty great too, and I quite like the first and last tracks from the fourth - though I’m not sure if they’re that good per se.

At the time I thought A Grand Don’t Come For Free was some kind of masterpiece, but I think only Original Pirate Material has stood the test of time. The Hardest Way was always awful.

Yeah that’s the other good song off Hardest Way, the rest of the album is just reallu ugly and mean-spirited. As one review put it, he turned into the lout character from The Irony of It All

Yeah I remember a lot of “woe is me, being famous and successful is so hard” nonsense.

Although not up there with the first two albums I think Everything is Borrowed has a couple of good moments and I like the last few songs on Computer & Blues, he’s also been releasing a lot of stuff recently as The Darker The Shadow and The Streets some of which is not bad.

Original pirate material is still excellent imo, obviously I was into it at the time and was the soundtrack to me and my brother playing GameCube etc when we were like 14