What do we reckon about this then? 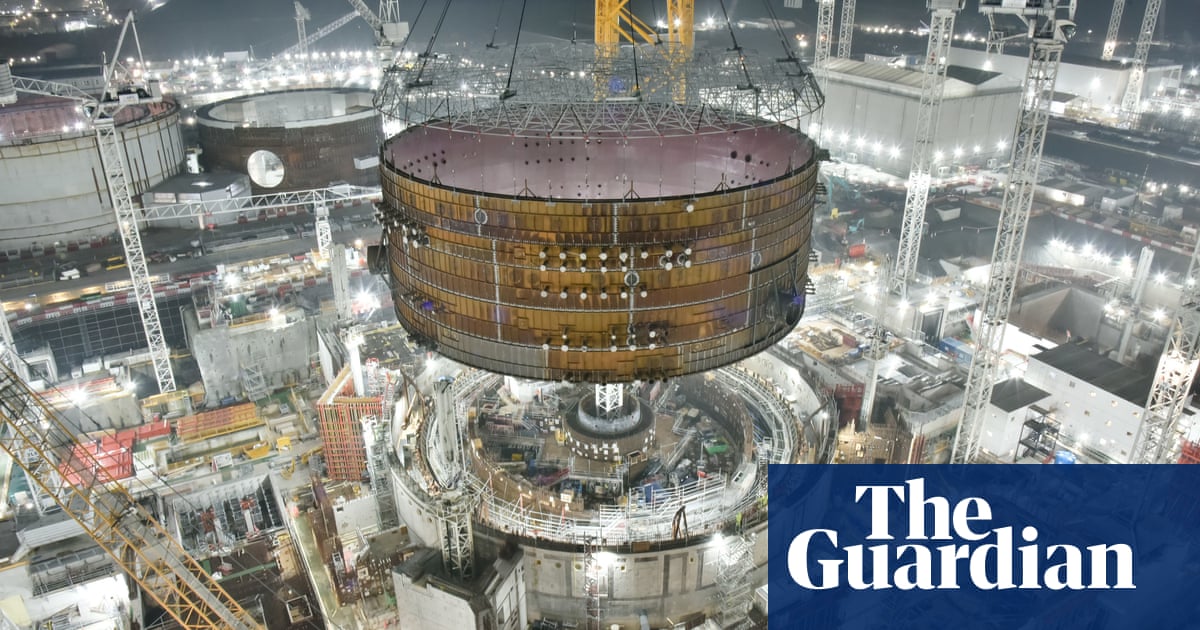 Plan will not please environmental campaigners, who say it fails to meet government’s net-zero targets

PS: I know I am not the most impartial, but yeah #teamNuclear

Absolute weathervane policy-making here, though hopefully it will actually be the right call on some level. It does baffle me that there’s not more investment into our really quite sizeable renewables market, even the Severn tidal scheme (which I know has a lot of issues and is quite experimental) has struggled to get proper funding, in one of the biggest tidal ranges in the world!

They can get right out with these extra fossil licences, but at least they haven’t announced they’re converting Drax back to ruddy, bloody British coal or anything like that

All right, cards on the table; i work for the development of both of the in development new nuclear power stations and I am supporting the long term re-licensing of another. So I have skin in the game.

That being said, Nuclear is the key best option for the baseload demand we need, and we need onshore and offshore wind to top up during other periods, with potential for hydro storage systems or large battery set ups. Stop burning gas and coal lads, simple.

Was it on here or Twitter where I saw that if we replaced the 2 million broken boilers expected this year with heat pumps it would end our dependency on Russian gas (amongst other benefits) ?

imagine having one of these outside your house though? and they are super expensive and dont heat your house very efficiently It feels a bit like it’s trying to please everyone a bit but will not satisfy anyone. I’d rather see more than 8 new nuclear stations and a real line in the ground over quitting fossil fuel power.

Yeah, I agree with this. We needed a lot more focus and direction - but from this mob of absolute cunting clowns? No chance.

Look, I get it - Nuclear is waaaaaaay off. Even if you started building Sizewell C tomorrow, it wouldn’t sync to the grid until fucking nine years, if we are lucky, so 2031. That’s a lot of successive governments. But we need something to capture the base load, and if you look at the other options - coal, gas or fuel oil - the raw materials are very bad for the world and, frankly, it’s crazy to think of using energy that actively kills people.

I think the WHO did an assessment that said that the number of lives saved by the replacement of burning of fossil fuels by nuclear from the 1980s to the 2010s was literally millions of people who would have otherwise died from particulate matter in the air.

So I think that you need to say yes, we need new nuclear power stations as the ones we are using now are all going offline by 2031 and only one is actually under construction! But you need to get on building the renewables in the mean time as they are quick and cheap and ready to generate immediately.

Basically,
we need renewables now, onshore
we need nuclear long term (either full scale reactors or small modular design)
we need work on U batteries
we need to fucking stop oil and gas

What are these? I tried to read the website but there’s pictures of wind turbines and discussion of reactors so I’m confused

they’re small modular nuclear reactors. there’s one being developed in Capenhurst and the design is pretty neat. UK REACTORS FOR UK PEOPLE

No mention whatsoever of saving energy by insulating homes and buildings, which would lower bills and emissions. Very disappointing.

When I was younger nuclear power was the basically the antichrist. I grew up in a nuclear industry area and several members of my family worked in it (as did most of my village). To be honest I was fairly anti myself, despite being made to wear an ‘atoms for energy’ badge by my grandad. Who incidentally, was involved right from the start on the Windscale reactor and had an interesting perspective. He said that at the start everyone was very idealistic about the noble goal of a more or less limitless source of clean power, but once you threw human fallibility into the mix, the dangers became much more real and towards the end of his life he wondered whether it could ever be made safe (especially after Chernobyl).

Now I feel a bit more pro than anti. Waste still feels like a big challenge though, simply because it lasts so long. Happy to have my mind changed though, as I know the technology has evolved.

Have this outside my house. Not going to be efficient if you want a toasty warm house but it’s perfectly fine for me to keep the house at a decent temperature year round. Not cheap, but definitely cheap than my solid fuel stove was, and a great deal more environmentally friendly.

(Got it for free through a council scheme) 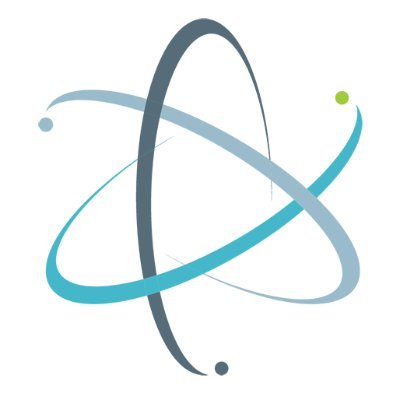 @Greens4Nuclear
Can't disagree with any of this "if the government is putting money into big, shiny projects like nuclear, it should also want to stop the expensive electricity produced leaking unnecessarily out of draughty windows" ft.com/content/ebfc8c…
3 Likes
SunnyB 7 April 2022 17:46 #15

Waste is the big issue, obviously, but we need something buy us time until society can transition towards a genuinely renewable source of energy. If we burn everything that’s left in the ground then the waste will outlive us by a very very long way.

I’m ambivalent on nuclear - it does nothing for us in the short or medium term and I’m not keen due to the lifetime cost of generation either, but I’m totally willing to buy that it’s the best of a limited set of options for taking over the baseload if those more knowledgeable than me say so.

What’s infuriating though is the complete abdication of responsibility on dealing with the short term issues we have. Cameron’s plan to “cut the green crap” is already adding a significant amount more onto household bills than it saved us all and this feels like the same mistakes are being made again because a small minority in a few safe seats don’t like the idea of onshore wind or paying for energy saving measures that would benefit us all.

When I lived in a student flatshare in Edinburgh the landlord wanted to replace all the draughty leaky ancient wooden sash windows, but because the furthest he was willing to go was uPVC tilt & turn he couldn’t under the conservation area rules. So we were just very cold instead but at least someone walking down the street didn’t have to look at some windows that weren’t 19th century pseudo authentic.

I am obviously totally on board with this but it’s something that isn’t just about money but also overcoming long-established bureaucracy and entrenched aesthetic opinions.

I work in Renewables (offshore and onshore). The onshore issue seems to be nimbyism from large landowners (Tory donors?) who seem to own a lot of bits of Scotland and Wales (rather than the Scottish and Welsh owning them), where the wind resource is best and these things get put. Ironically, the planning system in Scotland is very geared towards anti-ism, with the main constraints being; i) it doesn’t look nice (landscape visual issues), ii) the birds don’t like it, and iii) the habitats (peatlands) don’t like it. A lot of the councils in Scotland would like to think they already have enough (from capacity studies), and so don’t want any more. However, the Tories are happy to let Scotland quietly push the green agenda, take the weight of development and ship it over the border. If Indieref2 happens, I would expect Scotland to charge a mint for export to England. Onshore wind can be designed and deployed inside 5 years if a developer is quick about it and there aren’t too many planning constraints, but these schemes are typically 10-50 turbines, and smaller than the 200+ turbines offshore (the latter also being bigger machines).

Offshore wind in the UK is progressing very nicely, but again, planning can postpone a project for 6 - 12 months, usually from nimbyism (one of the North Sea projects was postponed because of a “technicality” on the EIA process rather than because of actual impacts, but it was lodged by someone living inland who was near the onshore substation). There’s also increased interest in protecting the seabed around the UK to slow down offshore development.

The battery guys I know are v surprised this hasn’t been given more attention, since storage mitigates the downtime that people criticise solar and wind for.

Wave is a long way off, because no-one can design something robust enough at scale to last the distance.

Tidal is likely to have a lot of environmental impact and I think is very complicated from a planning perspective.

In my view, we should be using onshore wind in the short term as an interim measure while the more complex offshore wind farms are built at scale and recognising that either large-scale battery storage or nuclear need to be present for baseload. We can’t rely purely on wind and solar for all our energy needs (unless you want to drop your phones, electric cars and DiS).

As an aside, batteries don’t just grow on trees, there’s a whole side debate that NO ONE IS TALKING ABOUT relating to the environmental damage associated with precious metal extractions for batteries (for everything from phones to cars), solar panels and even turbine blades. Many of the minerals are extracted in countries with poor human rights records with significant damage to forests and landscapes.

As an aside, batteries don’t just grow on trees, there’s a whole side debate that NO ONE IS TALKING ABOUT relating to the environmental damage associated with precious metal extractions for batteries

‘Freeze-thaw battery’ is adept at preserving its energy: Molten-salt battery...

Scientists have created a battery designed for the electric grid that locks in energy for months without losing much storage capacity. It's a step toward batteries that can be used for seasonal storage: saving renewable energy in one season, such as...

Hopefully the continue to work on this