The War On Cars

Just thought it was worth having a thread about “THE WAR ON CARS”. Gotta head out to catch a BUS (amirite?), but I’ll add some posts as and when; I’m not very good at threads generally, soz.

I’m a total hawk in the war on cars, fuck those wheely metal bastards up!

There really isn’t anything of the sort is there? There’s incredibly small limitations being placed on the car’s total domination of our lives and even that gets the gammons up in arms.

Certain parts of the Lake District want to ban cars, and while I’m all for it, I’m not seeing any realistic proposals for alternative ways of making the Lakes accessible. I can fucking see the Lake District from my window and it’s not really possible for me to go on a full day walking trip there on public transit, and what little transit does exist is slower and as expensive as driving there even just for one lone person. Four people in a car vs on the train? Fucking forget it.

Almost the entire country’s public transit is absolutely on its arse and nobody’s really interested in making it any better. I seriously can’t imagine seeing a wide network of affordable, reliable and fast public transit in my lifetime and it depresses the shit out of me.

So many hidden ways that having a car is currently more economical than relying on public transit. Plays into the paradox of being poor is more expensive. Quite grim.

How will we defeat these unfeeling beasts?

Great song, but it’s a shame that and Are Friends Electric are the only two of his songs most people know.

The car feels nothing. It is made of string.

Cartoon Wars - kinda, if you consider “Who Framed Roger Rabbit?” to be a treatise on the destruction of LA’s tram network at the behest of Car manufacturers.

Car with legs - a powerful foe whose strength is, paradoxically, its weakness. 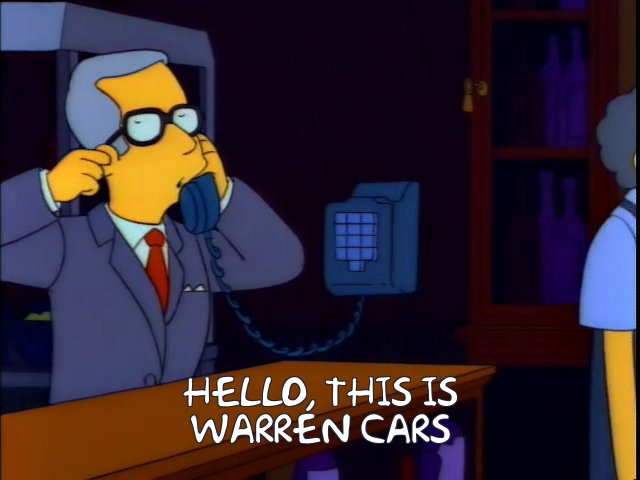 Almost the entire country’s public transit is absolutely on its arse and nobody’s really interested in making it any better. I seriously can’t imagine seeing a wide network of affordable, reliable and fast public transit in my lifetime and it depresses the shit out of me.

It’s something that can be improved relatively cheaply, so hopefully

if we do at some point have a government not comprised of incompetent dickheads, it could be improved surprisingly quickly.

Perhaps for areas like the Lake district it’d be harder, because the “economic” case for them is trickier to make, and there are just a lot more reasons to say it’s easier to drive. I imagine there are ways of removing that advantage - at least in the Peak district near me, you can get to Edale in less than an hour from Manchester, and about half an hour from Sheffield, whereas the Lake district isn’t great, especially as the line through Keswick is no longer there.

So many hidden ways that having a car is currently more economical than relying on public transit. Plays into the paradox of being poor is more expensive. Quite grim.

This is the most frustrating point to argue from a vaguely left-wing position, sometimes, because every time any restriction gets put on drivers, there’s a certain kind of politician who argues that things like [increases in the cost of petrol/emissions zones/just literally anything] are a bad idea.

The whole CAZ thing in Manchester has just been an absolute clusterfuck recently - the fact that Burnham’s just folded like a very foldy thing is a nightmare, as it’s a failure on his part, but also compromises the basic arguments, and he’s not put forward a positive argument for it even once, and there definitely is a positive argument.

OTOH the way he’s gone about bus franchising has been pretty good and solid, and he’s (thus far) been quite stridently supportive of it, so I’ll give him some leeway/

Is this thread title a bit needlessly provocative/should I make it something like “The political arguments for active travel etc”? I kinda wanted it to be a bit provocative because it’s something that I personally feel really passionate about, but maybe it’s also alienating.

Also open to anybody’s thoughts on anything - I might post links to articles/videos at some point, but also happy to discuss the obstacles to public transport WHERE YOU LIVE, or equally for this to be a thread where people just post memes.

Is this even in the right forum? I figured it was either a SSP or a politics one, and I’m beginning to think it might be better off in the politics board, especially as the thread title itself is a little tongue in cheek.

I like War on Cars. Unless anyone wants to come in and non ironically say there is one.

The access they give in the right circumstances is hard to beat, but the centering of personal transport in locations where better alternatives are readily available is terrible.

Unconditional respect for our troops ITT 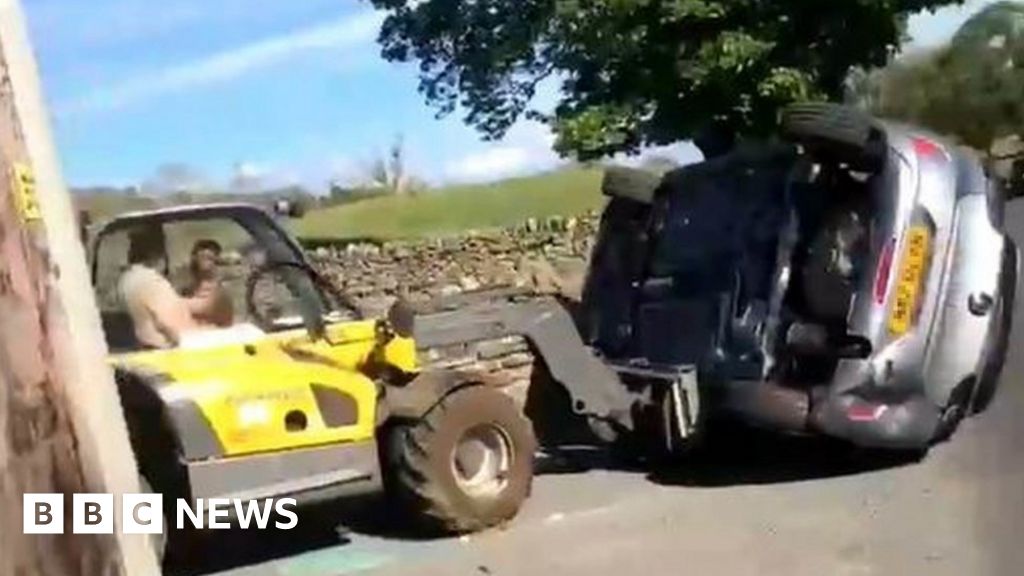 Robert Hooper's partner said he had been through "months of hell" after removing the Corsa from his property.

Is this even in the right forum? I figured it was either a SSP or a politics one, and I’m beginning to think it might be better off in the politics board, especially as the thread title itself is a little tongue in cheek.

Thread has been moved to news & politics on @wikihock 's request

quite anti–car myself. got roundly cristised for it in a petrol thread iirc

Depresses me how many cars there are on my street. I think we might be the only house that doesn’t have at least one. [actually no there is one other guy] And this despite the fact we have a shopping street with regular buses and a train station with regular services to Croydon and London a five minute walk away.

The problem in general is less that public transport is expensive, more that private car ownership is too cheap imho. But then of course you get into the thorny issue of peoples incomes So it’s not a simple problem.

i mean, i was literally in a thread about petrol, so was probably to be expected

Been cycling for about 18 months, so I’ve been a fully paid up member of the anti car resistance for ooh… 17 months and 30 days. 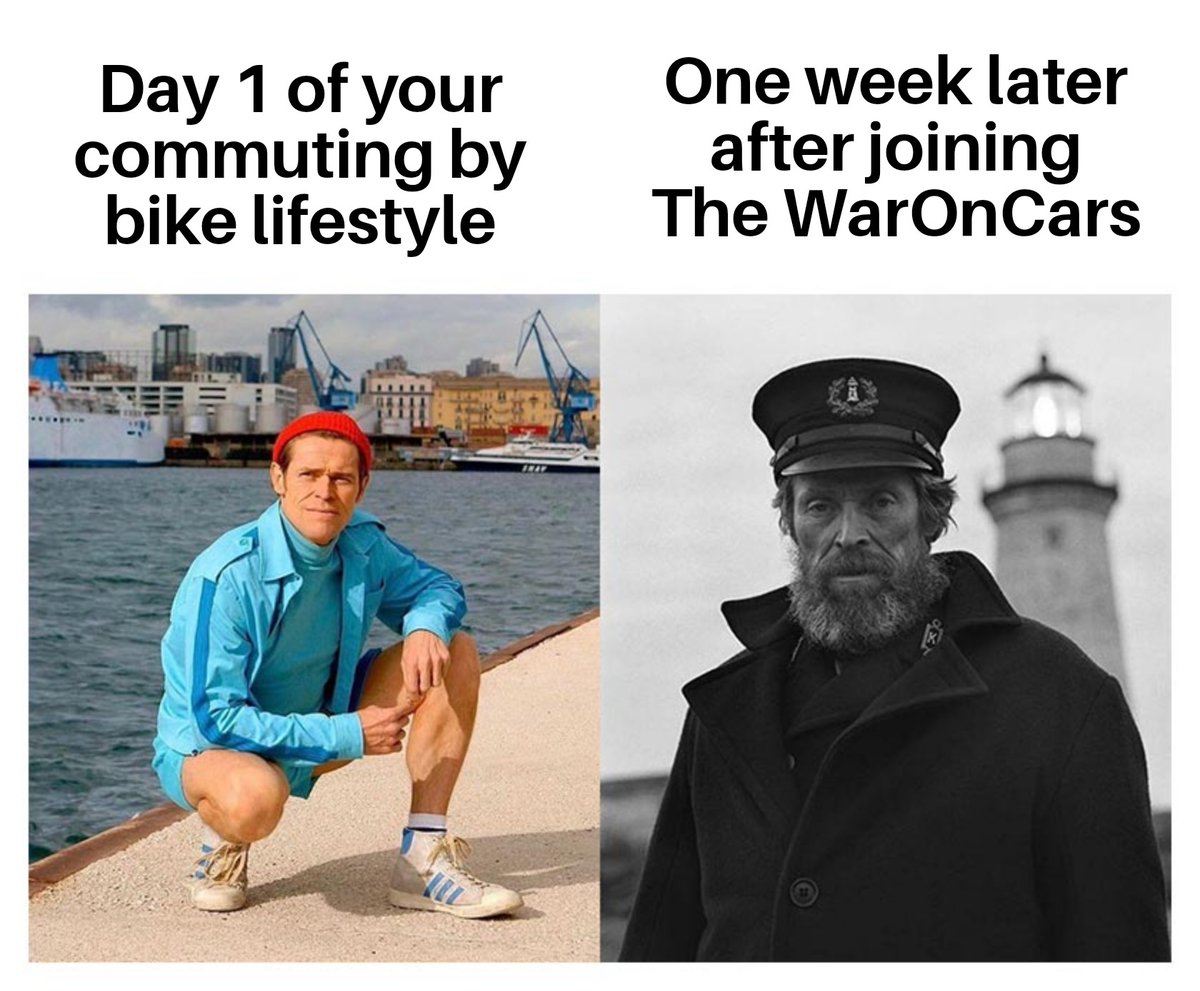 Got rid of my car 6 months ago, so I’m now fully militant.

The idea that you only have to demonstrate you can competently, safely and legally operate a vehicle for 45 minutes and then that’s basically it for the rest of your life is laughable. Even if you get caught doing it badly multiple times, even if you kill someone, the worst outcome generally is that you might not be able to drive again for a few years.

The BUT MY CAR! tantrums that some of them have whenever anything is done to try and redress the balance and make places less hostile, more welcoming and safer for those who aren’t in cars are pathetic.

we know how this ends 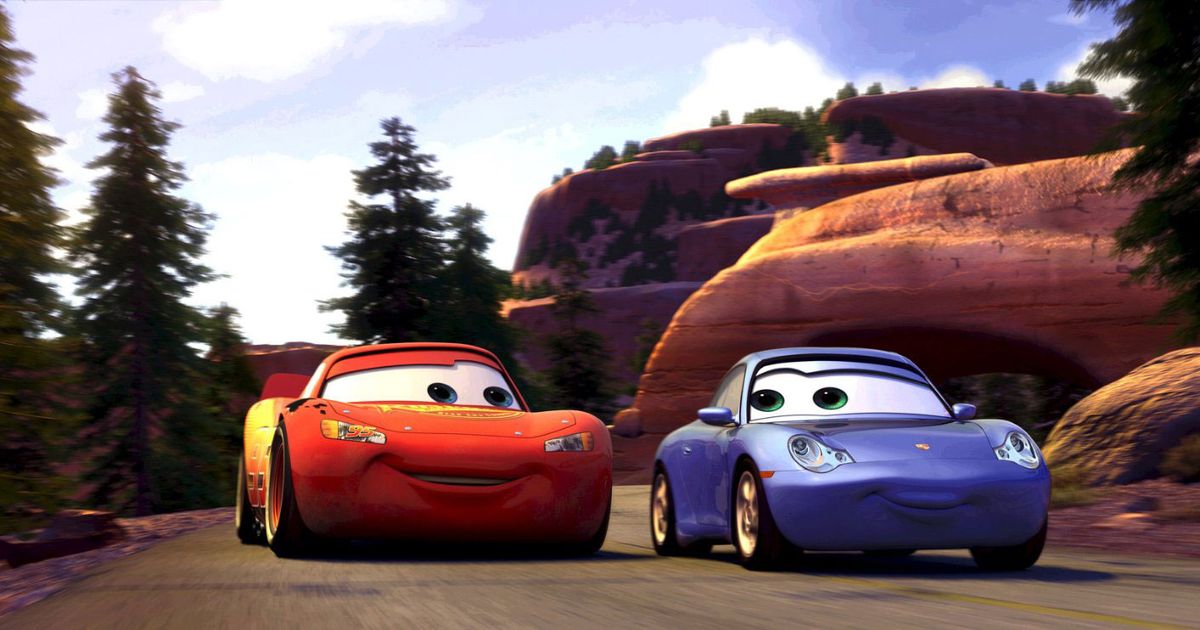 Cars Creative Director Ponders Whether the Cars Killed All the Humans

Rise of the Planet of the Cars.

Today I cycled to the supermarket. I was riding along a main road, looking to turn right into a side road where there were two cars waiting to turn right, with another car coming towards me indicating to turn left into the side road. First guy turned right ahead of me and the left turner. I pulled to the middle line at the junction and stopped to let the guy turn left. Second car in the side road wasn’t having that though so turned out into the path of the other car, considerately didn’t just run over me but instead headed off down the wrong side of the road squeezing between me and the left turner. I gave them an earful.

I’m pretty sure you see pedestrians cross on the red man, and also you don’t hear about every minor infraction you see car drivers making, parking dangerously, going over the speed limit, and they’re the ones in control of a ton of metal