I assume him vs Rollins needs to be concluded anyway

Cody won 3 of 3, don’t think they need to go down that route again, HIAC was a good finish

Oh sorry forgot they had 3, thought it was 2, fair enough

Really surprised this hasn’t been commented on more. Incredible work from all parties again

Jay stopping Solo from delivering the spike almost made me well up it was so good haha. Haven’t felt like that from wrestling in a long time. Probably 15/16 NXT. 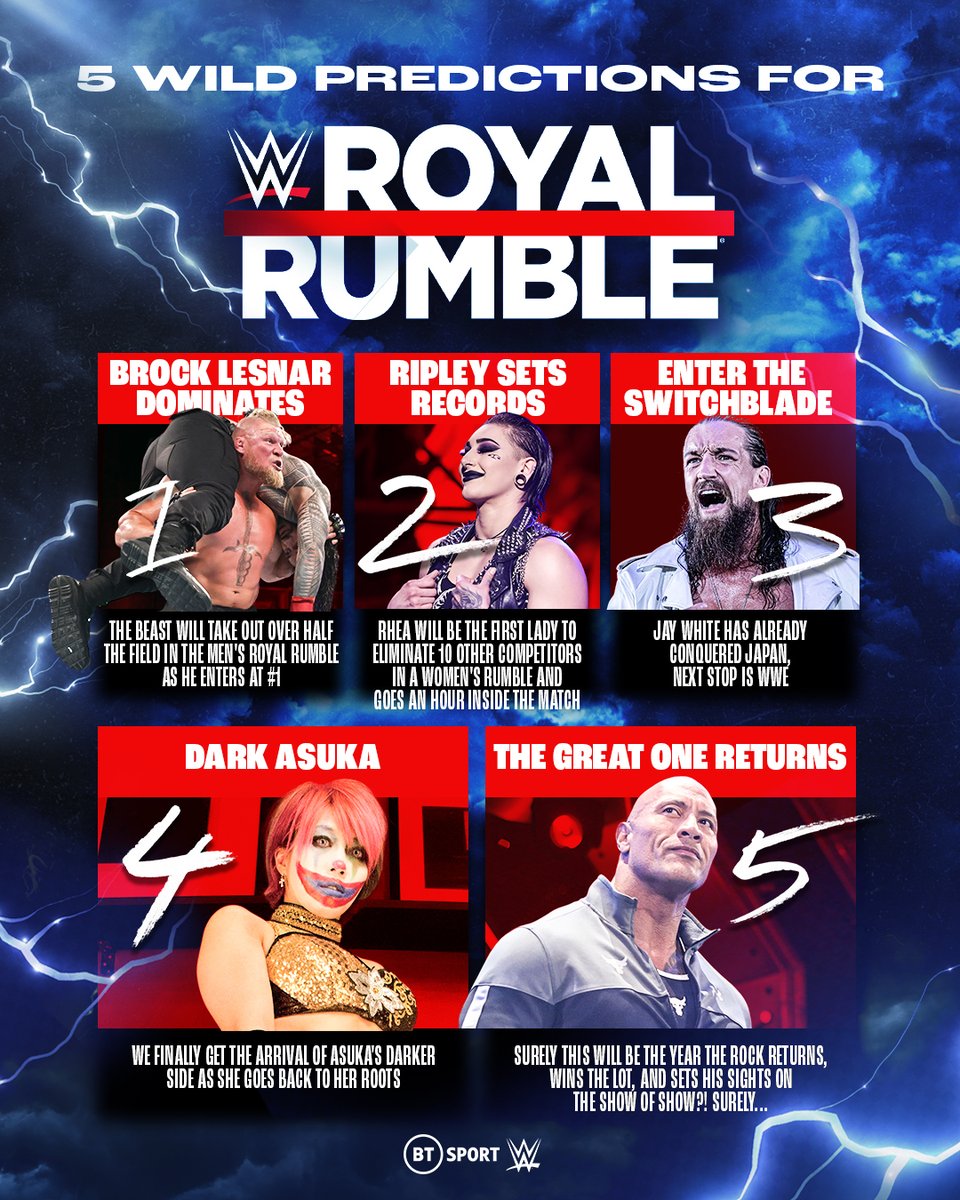 Don’t believe number 5 not for one second.

This twitter account often blithely just posts any old shite tbh, it’s a pure memes for engagement page, nothing to do / no connection with anything going on in wwe and obviously not fielded for approval beforehand.

Ooh need to set up the DiS Rumble

If not the Rock, then they best have something good.

I have a feeling they ‘may’ push Sami here. I’d love it

Haven’t been watching but the switch of segments on Raw from the wild samoans being there (presumably where the old fellas would’ve said to Roman he’s ‘‘almost as good as the rock’’ or whatever) and switched to the sami trial instead is a clear pivot in that direction. Think it’ll be Cody/Roman still but reasonable likelihood it’s sami v roman at the montreal ppv.

Yeah all points to Sami/Roman at EC BUT I think there is still a bit more mileage to get out of the bloodline.

Have Sami win the RR, then have Jey conflicted at Mania. Jey helps Sami win (thus evening the score with Roman from 2020). Fantasy booking!

Oh it’s true, it’s DAMN true! It’s that time of year for the annual Drowned in Sound (and WWE but who cares about that) Royal Rumble! 30 enter, only 1 will outlast them all! You should know the drill by now, but if you don’t sign up in this thread with some sort of wrestling based IN pun, I make a draw and then present the results live while watching along with the actual Royal Rumble (tomorrow night/Sunday morning at 1am, should you wish to watch along) to see who will achieve Drowned In Soun…

What time will the Rumble finish? I know it starts at 1am but cant seem to find an end time

depends innit, they’ve been a bit better recently in keeping shows more on the condensed side, but theres two hour long matches to fit in, so I would hazard a guess at 4 hrs/5am finish?

probs about 5 i’d guess, if the main show starts at 1

they generally bookend the rumble matches at least

I’m only watching half live. Sod staying up that late!