Things no-one has thought about for ages

Whenever I visit my mate in Teesside I bring a few old NMEs to the pub so we can laugh like a drain. 9 times out of 10, these are articles by Mark Beaumont, and “at” rather than “with.”

Particular schadenfreude at a 2007 gig review where he effectively said “This band Foals will never make it, they’re just a crap load of noise”

Particular schadenfreude at a 2007 gig review where he effectively said “This band Foals will never make it, they’re just a crap load of noise”

I’m being quoted out of context here, I’m sure that wasn’t the exact wording I used 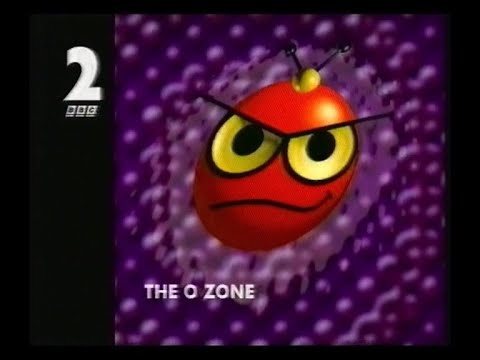 i have changed my avatar, i hope ye enjoys it [Uploading...] used to be an album cover by some band, now it’s a bottlecap promoting an exciting new music download store [Uploading...]

Gone down a rabbit hole with this one.

Coca-Cola’s music download site Mycokemusic.com has reacted to the launch of Apple’s iTunes with claims it is still Europe’s biggest online store.

We've always enjoyed Wippit entrepreneur Paul Myers's approach to the business of music sales online: not taking himself too seriously (though he's serious about money), and realising that ju-jitsu is better than bombast.

In November 2005 MyCokeMusic was in fourth place in the UK market just behind Wippit according to xtn Data. Two years ago, before the launch of the Apple music store it was in the number one spot.

Mycokemusic.com was one of the first corporate download sites to launch in the UK in 2004 and quickly gained a strong position. It dominated UK market share before the arrival of iTunes. A year after it launched, Mycokemusic.com had six per cent market share and held the number four market spot, after iTunes, Napster and Wippit.

Launched in 2001 by Paul Myers, Wippit first offered all-you-can-eat music via its legal P2P network for £30 per year - a paradigm that disappeared from view and has now come full circle with Qtrax having already launched the concept and Playlouder near to an ISP deal. Wippit later expanded to individual track retailing, picked up licenses from EMI and Warner, and garnered white label deals with easyJet, Taesco and Daily Star

immediately knew what you were linking to

redeeming those codes and downloading “What You Waiting For” “Hounds of Love” “California” on dial up internet, as was the style at the time

Marvin John Heemeyer (October 28, 1951 – June 4, 2004) was an automobile muffler repair shop owner who demolished numerous buildings with a modified bulldozer in Granby, Colorado on June 4, 2004. Heemeyer had feuded with Granby town officials, particularly over fines for violating city health ordinances after local officials made it financially impossible for Heemeyer to connect to the city sewage system. He was subsequently fined for improperly dumping sewage from his business instead of conn...

That’s news to me. Blimey.

Tread is a 2019 American documentary film directed by Paul Solet. It premiered at the South by Southwest film festival in March 2019 and to limited theatres and on Netflix on February 28, 2020. American welder Marvin Heemeyer goes on a violent rampage with a secretly fortified bulldozer made up of steel, concrete, and guns after feuding with members of the small town of Granby, Colorado. The film was positively reviewed and has a 90% approval rating, based on 10 reviews on Rotten Tomatoes.

Nah. The release of the new Mortal Kombat film reminded me that D.O.A. is undoubtedly the best film based on a fighting game and almost certainly the best based on any game.

I knew the game, I didn’t know there was a film! What a cast though! Matthew Marsden! Steve “no, not that one” Howey!

Have You Seen The Man With The Pyramid Hat?

Who is this mad-hatted Londoner?

That version of Somewhere Over The Rainbow by Eva Cassidy