Linking for a friend…

Is the word seminal from semen then?

“Semen” is Latin for seed. So a seminal work of art is one that was the seed of inspiration for many others.

Edit: I get what you mean now

That there is a 3300 mile long, 6 foot high fence in Australia to keep dingoes out of the farmlandy bits

The Dingo Fence or Dog Fence is a pest-exclusion fence in Australia to keep dingoes out of the relatively fertile south-east part of the continent (where they have largely been exterminated) and protect the sheep flocks of southern Queensland. It is one of the longest structures in the world. It stretches 5,614 kilometres (3,488 mi) from Jimbour on the Darling Downs near Dalby through thousands of kilometres of arid land ending west of Eyre peninsula on cliffs of the Nullarbor Plain above t Th...

Had no idea about this. Cool.

“Don’t get high off your own supply” originated from Scarface!

Getting it the OG way direct from Scarface, but this post has me intrigued now

The face is self-cleaning.

(not just realised, just adding to the stuff above)

The background picture on my laptop changes into nighttime at nighttime. (I think?) 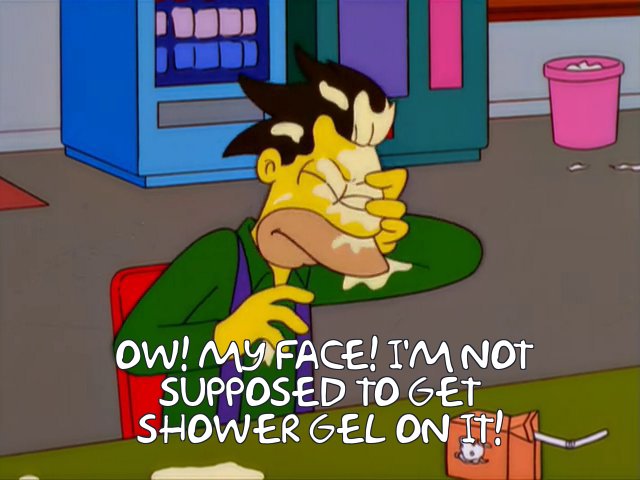 Laurence Olivier and Peter O’Toole (star of Lawrence of Arabia) are different people.

As a kid in the 80s I always got Laurence Olivier and Oliver Read confused.

ITV stands for Independent Television. I’ve genuinely never even considered what it stands for until now, and it’s blown my mind that I’ve spent my whole life never having known that until now.