Things You're Not Sure If You've Done Or Not

This may not strike a chord. Especially for super young DiSers who can remember everything.

I don’t mean things you can’t remember because you were drunk at the time.

I mean things like…there was a time when I wasn’t sure if I’d had a go in one of those flotation tanks things where you lay in super salty water with a mask on and soothing music playing. Some friends and I used to talk about doing it and then years later I thought I might have done it and then wasn’t sure.

Today my girlfriend mentioned archery and I’m now not certain if I’ve ever done that. It seems like something I easily could have done and also like one of those meh things that wouldn’t leave a lasting impression on me.

Is this just me or does it happen to others?

Been to a hot spring/geyser. 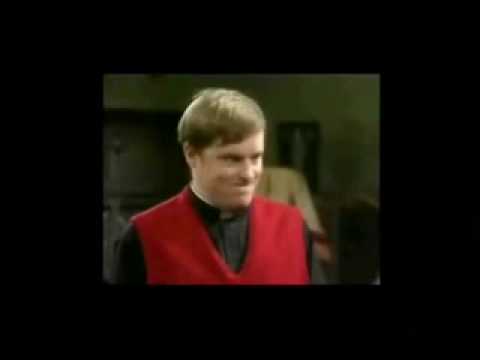 Clay pigeon shooting. Think I have but it was yonks ago and I might have invented the whole thing.

there’s a couple of anecdotes I’ve got where I’m not sure if the way I tell them is actually what happened and suspect I exaggerated a key point early doors and I’ve told it so many times that in my head that definitely happened but I don’t actually remember it happening.

Exactly this kind of thing!

Have you asked the kinds of people you’d have gone there with?

If It helps I’ve seen Old Faithful in Yellowstone.

So glad it’s not just me.

I think i had my feet nibbled by those fish once. I mean, the thought horrifies me and i can’t remember it, but think after one too many times walking past and probably being very high meant my feet took the plunge.

Bought a Venom record. A friend ‘returned’ one to me the other week, adamant he borrowed it off me but i have no recollection of buying it or loaning it. Taken it ‘back’ obviously.

taken ketamine.
I mean I must have at some point, it was massive in my day.

Archery is a good one. I’m pretty sure I’ve done it but i wouldn’t bet my house on it

I have memories of doing abseiling when I was younger, as in when I was about 10, but thinking about this it can’t be right. They wouldn’t let a 10 year old do abseiling would they? It was the 80s so maybe things were different then

have you ever seen that programme on youtube with celebrities eating spicy wings? no? can’t blame you

but on the paul rudd one, he says the same thing. he talks about how when you’re doing press for films you get asked the same questions over and over and so you tend to have your stock answers that you give to them. and he was saying that after telling the same anecdote hundreds of times, that after a while it becomes difficult to remember if it actually happened the way he tells it or if he’s just reading from a kind of script that he’s internalised.

Someone on Twitter laid into a film. I watched the trailer and read the synopsis on Wikipedia and I’m 100% sure now that I did see it but it’s not like I have any ability to give you a review of that film. And it’s pretty recent too - Noah Baumbach’s While We’re Young from 2014 and we’d have seen it on Netflix so probably 2016 at least.

Anyway yeah, I know what you mean Saps.

It’s like how you don’t remember your time in Nirvana and Foo Fighters, yeah?

I did see Nirvana four times so perhaps I only imagine it was from the crowd when it was actually from behind the drumkit.

I have memories of doing abseiling when I was younger, as in when I was about 10, but thinking about this it can’t be right. They wouldn’t let a 10 year old do abseiling would they? It was the 80s so maybe things were different then

I definitely did this aged around 9 or 10 because our primary school did two week-long holidays, one to Bude in Cornwall where this happened and one to Mill on the Brue farm. I believe Bude was 3rd year Primary (so I guess that’s now year 5?) and MotB was then Year 6 but it could have been the other way round.

We abseiled in a very calm and unimpressive way obviously. We did things like kayaking and the like.

I did see Nirvana four times

That is really an incredibly high number of times it feels. How many tours of the UK did they even do? I’m impressed.

Seen the Futureheads live. Seems like something I probably did but can’t remember when or where (or why).

I did abseiling on a primary school trip in the mid 90s so very plausible, it’s very safe, you don’t even have to do anything, you basically just get lowered on a rope.