Thinking about your death

Cheery topic for the end of the weekend. I’ve been in a strange state of mind recently, thinking a lot about mortality and that. I’ve written letters for my wife and daughter in case anything was to happen to me suddenly, before I could tell them in person how I feel. I think this all came about from listening to a few podcasts where death has been discussed recently, Adam Buxton and Aisling Bea in particular. Writing the letters wasn’t actually anywhere near as hard as I thought it would be and the words came remarkably quickly. Think I might do one every year or on a reasonably regular basis. I tried to suggest my wife does the same but she doesn’t like talking about it.

I’m now thinking about what kind of funeral arrangements I want to suggest. It doesn’t bother me much because, let’s face it, I’ll not be there to know whether it’s done my way or not. I think I maybe want John Martyn - May You Never played but not quite sure it fits the occasion right. Anybody got any songs picked out that they want to have played at their funeral or thought about this kind of thing? Maybe I’m having a midlife crisis in my mid thirties…

I think about the music I’d want quite often

Christ, the Sunday evening dread threads are heavy these days.

Yeah, I like the idea of my body feeding the bugs and plants so would probably want a quickly biodegrading casket… cardboard maybe? But like you, my wife was very upset about it. I like the idea of a sky burial but obviously that’s not going to happen. Maybe plant a tree on top of me? I think that’d be nicer for people to visit should they care to, rather than a slab of concrete.

personally not bothered by it in the slightest. harvest my organs, play jonew’s en gallop and put me wherever

Harvest me for organs and then do whatever makes the people closest to me happy. I won’t give a shit, I’ll be dead.

This is a Thread About a Band Called Adebisi Shank Music

so stupid but so great. i want this played at my funeral to cheer everyone up.

We had a teaching day on global health the other day and one of the speakers (talking on “challenges facing global health”) painted literally the bleakest picture imaginable about crop and water shortages, overpopulation, climate change, fully backed up with stats and graphs, suggesting that we won’t even come close to surviving the century. He couldn’t offer any real solutions, but said he was an activist on the issue cos he had kids ages 12 and 15 and knew they’d probably die by middle age.

Anyhow, left everyone feeling pretty shit, but got me thinking about how loads of us might not die of dementia, heart disease, cancer etc but rather in conflicts and natural disasters or pandemics. Pretty bleak. Should probably all just be hedonistic AF and not plan for anything I guess. 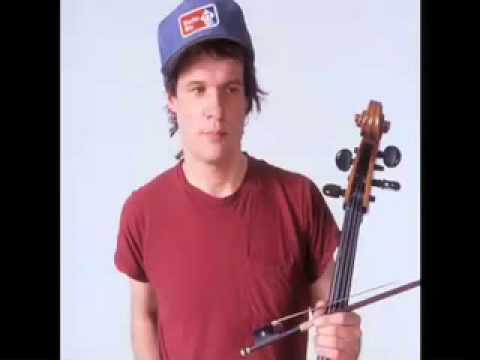 My uncle had Always Look On The Bright Side Of Life played at his funeral and it was just really bleak and probably didnt really work how he imagined it would I guess.

Used to have real anxiety about the thought of having a typical christian funeral service, really would rather not but your funeral isnt for you is it.

Would like to donate my body to one of those forensic science body farms so I can continue enjoying true crime after death.

Hmm, did he give an estimate for when everything’s going to go to shit?

Donate my organs, then stuff me and put me on a sun lounger at frensham ponds

Yeah the worst thing is I came out of that talk feeling like I’d been hit with a baseball bat and yet half an hour later was just having a drink in the pub like normal. I just don’t think our brains are equipped to process that much semi-abstract horror and so it’s just our way of coping. Probably part of how it’s got to this stage tbf.

He reckons 20-40 years. Depends a bit on how much global policy leaders do to mitigate it I guess.

U registered to donate your organs?

I’m never gonna die; I’m planning to upload my consciousness to the digital ether as soon as possible and live forever in cyberspace, haunting the comments sections of news websites, analysing every geopolitical event via detailed comparisons to plotlines from ill fated Friends spin-off Joey.