This Is Pop (Netflix Series)

Anyone watched these? Thought they were all quite interesting, especially the Sweden and Brill Building ones. The Britpop and festival episodes were a bit same old same old but nice to hear from a few different voices than normal in the britpop one. Good watch overall.

Only seen the Boys 2 Men episode. It seemed a fairly standard music documentary but not really knowing what the pop world was like before them, I kind of thought boy bands had just been around forever. But you can really see how influential on that type of band they were. Looking forward to the autotune one.

Enjoyed that one, had no idea just how huge they were in the US.

Some of them were good, I hated the Sweden one though.

I found that one really interesting!

It was interesting but I hated the ‘Oh idk we’re just that good, shucks’ narrative really irritating.

The T Pain one was really good also. Felt sorry for the dude

Yeah he seemed like a nice fella I thought.

Saw this short thread about it, already conflicted about watching it. 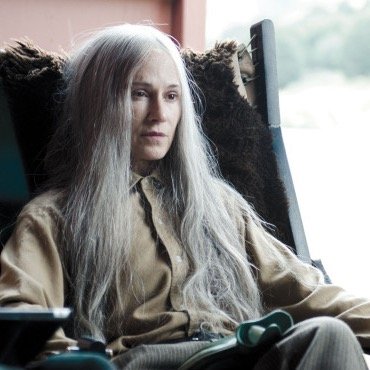 @elite_gz
the netflix "this is pop" episode about swedish pop superproducers spends the entire running time asking the question "why are there so many successful producers from sweden" without ever one time bringing up the subject of government arts funding
Funkhouser 1 July 2021 20:57 #10

I might be misunderstanding the point of these tweets but This Is Pop is a Canadian series I think, why would they talk about American arts funding etc.

I’m going to level with you boss, I’m very tired and not sure.

Though the child was up at four in the morning shouting “ABBA” so maybe that’s a sign?

Yeah, I’d say we’ll start it tonight. GF has already mentioned that one to me so I’m hyped for it.

Have watched boy bands, Auto-Tune, Sweden and just finished britpop. It’s the type content that I feel has been served just as well with the podcast format in recent years. T-Pain has definitely been the highlight so far.

Should I go back and give the country / pop one a watch? Doesn’t feel like it needed it’s own episode here.

Should I go back and give the country / pop one a watch?

Probably the least interesting of them but still worth a go tbh.

Really liked the Boys II Men episode, genuinely hadn’t heard a note of their music beforehand. Could happily have watched another hour of it, seemed like they could have gone down a few different avenues with it.

Is the one about 90s indie any good or is it the same old bullshit about Suede being the only British band around (with The Stone Roses AWOL) while nasty grunge took hold only for Blur, Oasis and Pulp to swoop in and save everyone?

Yeah you’ll have seen it all before, but it is fine. It does have contributions from some other people but you already know the story.