I went a work pub quiz last and drank too many beers. The baby was up all night screaming and today I am a husk of a man.

Was woken by my partner getting up at god knows what hour to turn on a fan in order to drown out a cockerel which starts shouting at 3am or something. Didn’t really sleep after that.

Just had salmon/spinach/poached egg/avocado breakfast though, and I think a coffee is imminent, so perhaps I’ll make it through.

Listening to Innervisions by Stephen Wonderful. What an album.

Morning all. Another boring day, we’re at the tail end of a project and there’s not a lot of work to do, I’ve basically got a 30 minute task that I’ll have to try and stretch out all day!

On the plus side a guy in the office whose girlfriend is a pastry chef brought some chocolate cake in for his birthday that she made which was delicious if a little early in the day.

Just been to the dentist. Job done for another 6 months.
Going to go for a short run then paint the goat shelter this afternoon.

Day off today. Might go swimming with the kid, might mooch around somewhere. Boomtown on this weekend, so traffic everywhere today.

I’m taking the kids to the cinema in a minute to see this: 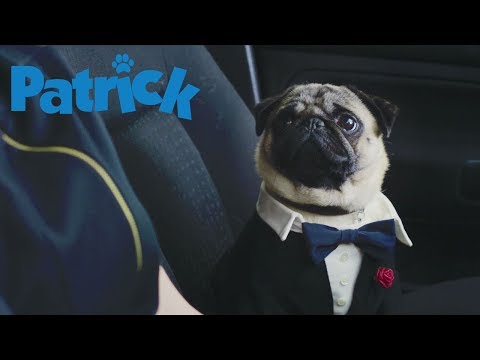 I might just use it as an opportunity to have a snooze.

Had extremely weird dream that Ian Brown died and I was at the funeral with all my extended family for some reason and then Gordon Brown (!) did the eulogy (!?)

Finally feeling human again after the long weekend - Home I’m Darling at the theatre this evening.

Good morning everyone. I feel leaden!

Friend’s wedding this weekend at which I’m the best man. Taken tomorrow off to help them set everything up. Slightly nervous about my speech. Can’t decide whether to do the tier joke.

Why would you do that? Electro swing fan?

Through in Edinburgh for a posh breakfast meeting.
Lovely day

OMG, how on earth did I miss the existence of this film? (patrick looks like Dolly, our family pug, and my son’s sometimes best mate/ occasional nemesis.)

Was well late to work cos I was faffing mudguarding up my good bike. Need to go to Kingston after work to pick something up and it’s probably gonna be pissing down

Have several things which need sorting today. NEED TO GET ON.

Gonna post this again cos I’m so pleased with it. NEW PHONE CASE Hmm that’s kind of a haiku

really bored of working from home. don’t know how people do it full time, ended up going to the tip yesterday just to get out of the house

also i eat too many snacks at home, not good.

Half day today as whole family descends on West Cumbria for sister’s wedding tomorrow. So got a lot of running to do - take the dog to a pals, pick up some cousins from the train, make snacks for the kids, and a bunch of stuff.

It’s my Friday today, but I’m not feeling very Friday. Was meant to be going to the horses tomorrow, but it looks like it’s going to rain so we’ll probably sack that off unless the forecast improves overnight.

I should probably save my holiday and come into work tomorrow because so many other people are off, but tbh I could really do with a day off (even though I had last Friday off too)

Going to body pump at lunchtime though.

Tiny human alarm clock woke me up early, but I successfully negotiated an hours snooze after that so I am not a dead-eyed husk today

Rain is starting to get heavier so I would rather stay in, but we are all out of bread so I have to go out. Yay.