Fuck all, froglet. Fuck all.

I had chicken wings. 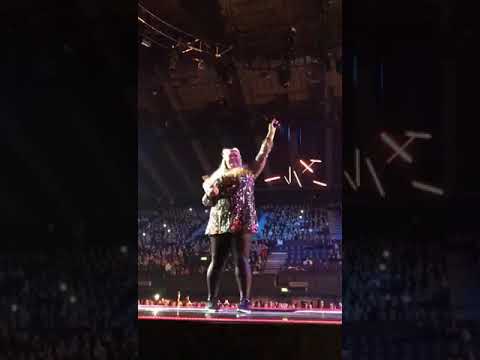 I’ve done some long childcare hours today while Wor Lass went out to the hair shop and then cut and dyed and dried her locks.

We had a lentil cottage pie in the freezer so I’ve reheated that with some broccoli and peas: Very wholesome and hearty.

Tonight we’re going to try to watch some Dark Materials. I’ve barely had a drink while we were away and I have about 23 units to play with (target was less than 10 a week this year ) so I might have one of the many beers I didn’t drink from my advent calendar.

Watching R play red dead which is, you know, fine

Hopefully get to watch something alright in a bit.

Does this count as cultural appropriation? if you think it does, wait until my pictures in the selfies thread tomorrow…

Trying to get my husband to watch a new show as we’ve done a film today and he’s not having it. Just wants an aimless telly night. No thank you sir!

Apart from the roundhouse kick thing, today was surprisingly ok and busy. Fish chips and peas when I’m home and back in on a 5.30 start. Off out for pizza after work tomorrow

What a fucking song.

Apart from the roundhouse kick thing, today was surprisingly ok and busy.

I was thinking about this (hope you’re okay by the way). Is there any community safety partnership or anything where you work? Surely the people who come into your shop wankered are causing issues elsewhere. We used to have something where I worked previously that was a partnership of support and enforcement services - didn’t work perfectly but it did make a difference to an extent.

I’m pleased to announce that I like myself again today

Bit bored after a long day at work (have had dinner). Might go pub.

Got some time to myself so gonna play red dead on my google stadia before they lay her to rest and drink whisky, like a cowboy
#38yearsold

There are, but the problem and repeat offenders refuse their help. Winch has a really good set up (place like Trinity and Westview House, Winchester BID for the businesses which is linked to the police, but obviously shoplifting and petty crime is way down on their list of priorities, so the PCSOs get a lot of it and they have no real police.powers to immediately deal with the issue), but there’s a core of like 15-20 offenders who are aggressively aggravating all businesses in town. It’s actually really intimidating and it’s the same faces year after year, until they die of an OD or other addiction effects.

For instance, roundhouse kick man has been given an opportunity to get off the streets by being given a flat in a new development, which has been taken off him by his dealers I’m assuming. So he sits on the street all day, every day. Trinity is a day centre where he could get a shower, a change of clothes, a meal, a food parcel, wash his clothes, chill for an hour or so. They also arrange community doctor visits and wellbeing check ups. All refused on the reg by him.

Having a nice bath

It all sounds really familiar from conversations we had with BID types where I used to work. Lots of good services but it’s tricky when (drugs) you’re feeding a colossal crack and heroin addiction or alcohol dependency. We ended up injuncting against half a dozen or so - but even that is dispersement rather than a solution.

Happy to take DMs about this - I don’t know too much about Winch from my current role but I know a woman who does!

Had to go and pick some storage crates up from Argos. Popped into the food court while we were down there for a beer and some din dins.

Going to watch some TV, drink some lemonade and eat some yule log and/or christmas choklits