evenin’ all. how’s it going?

having a simple meal of fish and veg tonight, possibly accompanied by a single beer. i expect a talking cat to appear anytime soon.

my weekend plans are going a bit tits up so i’m gonna book myself a lil stay in the countryside so i can do some walks and whatnot, should be nice i reckon. def need to get out of my flat for a couple of days.

woss gahn on with yow?

Fine dining with the kids Took kid to GP and then dropped off with wife and went to pub.
First pub, only table was next to some loud young people

with a newborn baby.
Pub 2. Only table is 2 white blokes setting the world to rights “the thing about over eating…”
Gonna drink at home in future.

Dinner of champs right there. Mine had beans on toast.

Being a crap parent and not taking the littlest one swimming because I am so tired and cannot face wrestling us both into swimming togs and finding all the stuff we’ll need to bring. So instead playing taxi for big one’s gymnastics and Mr B’s cricket practice. He’s a wicket keeper so I think he basically spends two hours doing squats, which he could probably do at home. Must bribe littlest to have a bath at some point.

Not much a doing this evening. Watch the apprentice later, I suppose.

We just got in from swimming and mrs is out so let the kids choose. Path of least resistance

or…maybe I should leave it where I got to last night and save it for the cinema, that feels right actually. Far too high brow to watch in my pyjamas.

Done a lot of sighing today, each sigh with a different MO than the last. I’m now in the ‘oh ffs’ sighs of having had a phone call with my mum.

Ummmm, someone I don’t know sent me a spooky book in the mail that has my name in in the acknowledgements section

Well. Nice knowing you all.

I bought three magazines today which I can’t wait to read in the bath in a bit. First, wild mushroom soup Having one of those weeks where I want to quit my job and PhD and just blow my life up. Anyone want to join me? I quite fancy living in Berlin. Or maybe we could get a camper van and just drive around Europe. Anyone?

Nothing happening. Had a mediocre vegie chilli for tea.

Got to do the ocado and maybe, just maybe yoga. Haven’t done it all week as I am too tired…

Hello. Tired out and not feeling good really. Made burgers for tea, now watching crime stuff on TV and trying to snap out of it.

Sourced the stuff to make a big lasagne tomorrow (a slightly bastardised version of Nigella’s Lasagne of Love, which btw if you have the time and inclination to make do- it’s very, very tasty) and it reminded me of a couple of months ago I was in Waitrose getting the ingredients for her ragu risotto (also very tasty btw). Anyway, I only went there cause it was the closest place with a butchers counter and I was halving the ingredients cause her recipes are for at least 4 servings but I’m only ever feeding myself and maybe one other person, so I only needed like 80g of mince and my word, the butcher was so angry at me

like, actually furious, rolling his eyes and everything as if I was wasting his time. “Eighty? Eighty grams? Are you sure you’ve gotten that right?” And I was just so confused like… eerrrr, yep, just eighty grams please? And he picked it up with his gloved hands and was like “that’s eighty three grams, will that be alright or do you need it to be perfect?” and I just said no that’s fine thank you and scuttled off. I think about him every time I look at mince now.

Got a bolognese on the go. Nearly didn’t bother and was seriously considering getting a takeaway instead as I’ve had a rough day at work, but actually felt a lot better after doing all the prep for it.

Less good, the cat’s got a bit of an upset stomach. Going to see how he is in the morning. Might need a trip to the vets (which he hates) if he’s no better.

80 grams is a VERY small amount of mince tbf.

Tell that to the cow

Seeing Lambrini Girls tonight. THIS excited. Much needed after some shitty news earlier 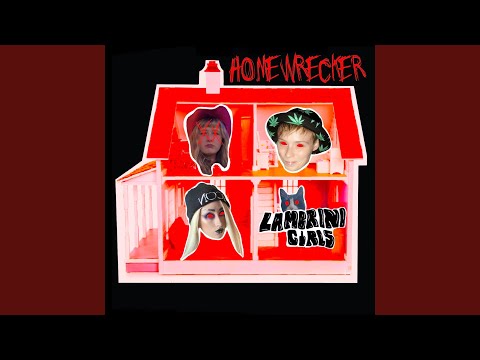 No it is, I appreciate that! But I didn’t feel the need to explain to the mince man that I was cooking for someone else, and I live by myself and never eat meat when I’m alone for a myriad of reasons, so it would be wasteful to get a normal pack of mince from the shelf cause I don’t have a freezer just an ice box and that’s full of potato smilies and ice cream so there’s no room. It was just baffling how wound up he was at me

it was like 7pm as well, two hours before closing but also not busy at all.