Was aiming to get into work for 8

So glad I’m working from home today. So glad.

They couldn’t find my pass so they wrote one out by hand. Looking forward to every security guard for the next 3 days looking at me strangely/ asking me why I’ve got a handwritten pass

Also at this thing there are mission Cards you get given Can see this going swimmingly

That card is hella creepy.

Still in bed… 9 is gonna be a struggle.

Also, it’s sponsored/part of an initiative that is run by a podcast about social experimentation & breaking norms that challenges listeners to change their everyday behavior & talk about the results for their podcast

Ffs this time limit on the edits is too short Are you on a hen weekend?

Are you not worried that somebody else has your pass and is going to try to take over the world with all of that technology?

Keynote speech about to start from the best man here 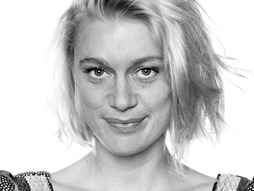 Trained as a classical ballerina and architect, Lucy McRae is fascinated by the human body, and how it can be shaped by technology.

Hmm. I still think the card idea is weird though. Maybe it’s just me but I hate forced things like that.

Got a work away day today

but they’re taking us to the Peasant in Clerkenwell and paying for a 3 course lunch so fair play.

Having my morning cup of tea and mentally preparing for how bad my Social Welfare meeting is going to be at eleven o’clock. Fucking hate these things.

Got a gig tonight. Playing with two different bands, WORM and MueseuM. It’s the first ever WORM gig after we launched our album back in March so I’m pretty nervous. The other bands are crashing here but I hope that doesn’t devolve into a party.

I’ve been invited to an all-day training course called “The Art Of Being Brilliant”. It’s going to be one of those things that I’ll dread for the month leading up to it, but will actually turn out to be alright in the end.

I’m having a self imposed sick day cause I feel so run down, tired and have a huge mouth ulcer.
I’m going to watch a lot of tv.

I read that paragraph and all I could think of was Sticky Vicky. *