How are you today? Any plans? It is said in the old poem that Thursday’s child has far to go. How has your commute been? AOB?

Morning. Just got back from a librarians’ Christmas party. Was actually kind of OK (mainly because of free beer) but had some good chats. Me and my workmate were two of the three males there, out of about 30. Watching a replay of the CL football. Crazy hot here, must be one of the hottest and dryest Novembers on record.

@saps - have you had a deep fried Christmas dinner yet? 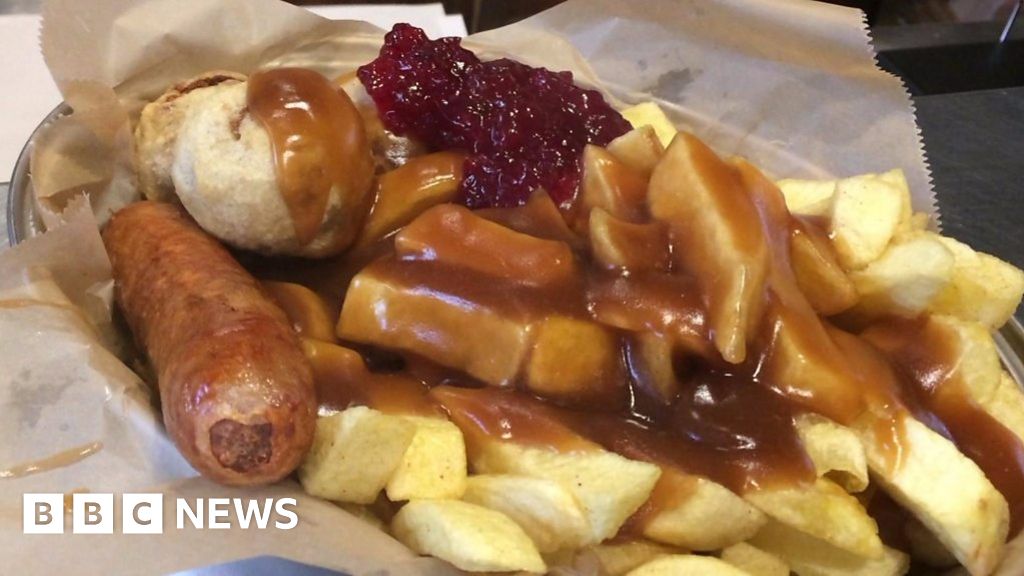 The traditional Christmas dinner has just been battered.

About to get up and get breakfast. And then do all the stuff I was meant to do yesterday

I haven’t, chief. And I have to say it’s not high on my list of culinary adventures to try.

Bought a load of nuts yesterday but I don’t have a nutcracker. Viable alternatives? My Nan used to use the old fashioned iron of her mum’s (the ones that you heat on a fire), but I not have any Victorian items lying around.

Baby boogie this morning with the tantric vagina lady.

Just gonna get hepped up on mulled wine goofballs and then spend the evening smashing into bairns on the Dodgems.

I am WFHing today and have a feeling that I’m going to be pretty unproductive. Mind you, I got loads done yesterday so I don’t feel so bad.

Also I actually got a decent night’s sleep last night

That turkey sausage looks manky, even by regular sausage standards. I’m a big fan of gravy on chips, though.

Oh yeah, just a gentle reminder FYI. I will no longer be attempting to correct typos and autocorrects in my posts from now on because you all know what to expect of me by now, and that is pure nonsense.

it’s lovely to see you back m9.

I don’t have a nutcracker. Viable alternatives?

in between the handles of scissors?

I don’t know if it’s just me, but I’m finding that my phone is giving me some really daft autocorrections of late. I think I posted something like “how is everyone getting on with their Secret Sandra?” the other day, before immediately realising my mistake.

Oooo, that sounds fiddly but better than anything I’ve thought of so far

or a pair of pliers?

or slam them in the crack of the door/doorframe…?

Silly really, it’s an incredibly popular restaurant and takeaway. They have queues out of the door, no need for such gimmicks.

I just hope they don’t mess with their omelette recipe.

Commute was fine. Mild dread about the work Christmas lunch today but it’ll be fine. Our temp has changed their whole working hours around so they can be in for it, which is quite a length to go to for a rubbish free meal.

left my backpack at work yesterday so means I am carrying a handbag today for the first time in what seems like forever. Can confirm I do not like.
This is also matched with wearing wired headphones cause I left my wireless ones on all night and now they have no battery